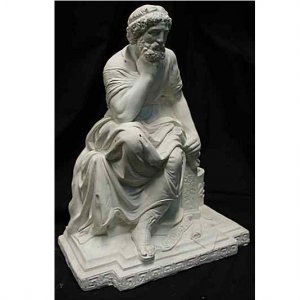 What I appreciate about Irrational Man, Woody Allen's latest effort, are the unexplored moments, or better put, the places I explored after suitable reflection. It's true that his idealized society, this time, a small university town (Brown?) is like other locales in his films; places of privileged where the mundane survival issues are hushed. Emma Stone (Jill) is a pianist who never once thinks of her future arthritic fingers and Joaquin Phoenix (Abe Lucas), a disgruntled and disappointed, but brilliant philosophy professor who doesn't sound like anyone I've heard speak at Cuny University's Heidegger Conference. But his enthusiasm for what he teaches comes through as much as Stone's enthusiasm for him.

The story for me begs the most important meaning- of- life question: why are complicated men so damn interesting? Are they smarter than the rest of humanity or is a tragic personality the greatest aphrodisiac going? I, too, have fallen under the spell of 'l'homme miserable', but they were usually a little funnier than Abe Lucas. And though he is quite cute, the bloated stomach that Mr. Phoenix's Lucas carries around hardly makes the heart beat faster.

But bad boys are irresistible, and once Stone crosses over, moving further and further from her loyal nice bland guy (Jamie Blackley), all bets are off. Still, there was something not quite passionate enough...but then the professor is a depressive who can't even get it up for another teacher, desperate Rita (Posey Parker), or himself. That is until... he finds purpose.

Now here's where I found the particular remote quality of the dialogue unsettling. Stone and Phoenix overhear a conversation about an unjust child custody situation. It was great that Woody wrote the story in favor of the woman at the hands of a derelict husband... it is more and more frequent that male judges rule against good mothers. At least upstate. But the entire conversation didn't sound authentic...it was like they were eavesdropping on a stilted soap opera, with the mother even saying something like, the "kids sit all alone, when he's at the garage...where he works." Obstensibly, her friends would have already known that her ex is a mechanic. And the mother speaks like an English professor which is also confusing.

What would have been fun is if Emma and Joaquin heard two different stories. Or interpreted them slightly differently. But they in fact, agree on the immorality of the situation, which no amount of philosophy can defend and so they bond even tighter.

When Abe Lucas decides to do, not not do, to be, not not be, the story kicks in. He has finally found a purpose, something to live for. But even a depressive, alcoholic might notice that in judging the judge, he too is a judge and where as a philosopher does that take you?

Still, we see serial killers every day who may be convinced that their murdering of others and playing god is justified and to them feels as if they are finally alive. One may not believe in God, but in taking specific actions, it seems that humans think we can act like our idea of a God. The bigshot who takes no prisoners.

Mr. Allen is a magician even when the story sticks a bit. If magic is an illusion, then perhaps hard principles of right and wrong may also be illusion. And he creates the situation that raises the question of consequence.
I recently handed over a taxi to Mr. Allen, who had slipped unnoticed out of a memorial for a show biz colleague of his. He was there even though no one else saw him.

And the same thing is true in his films. He's always there. Not just by the talent he attracts, the music he employs and the great look by Santo Loquasto; but by raising hard questions about life, cleverly disguised in the cloak of comedy. His questions and concerns about life and morality become ours, even when the voyeurs of us are busy trying to figure out how much of the story reflects Mr. Allen's own personal voyage. Still, at the end, there's always the eggs.