Well, he's at it again. Yes, Irvine Welsh has produced another wild tale full of maniacal madness: The Sex Lives of Siamese Twins. Naturally it's got Siamese twins sexing it up and being surgically sawn in half. Murder, envy, lunatic kidnappers, media feeding frenzy, dildos pumping away like there's no tomorrow. But this book is very different. First of all, it's set in sun-splashed Miami, where Mr. Welsh currently has one of his residences. It's also written from the perspective of two women. And two women who couldn't be much different from each other. I must confess, I loved this book. I devoured it in a weekend, like a junkie binging on China white.

You know, the good shit. And this book really actually changed my life. I became horrified by how many sugary, salty empty-calories I was shoving down my pie hole and I've been working out like a psycho-trainer was screaming in my ear about how I had to suck it up and feel the burn. So, The Book Doctors thought we would pick the brain of Mr. Welsh and figure out how, and why, he did it. 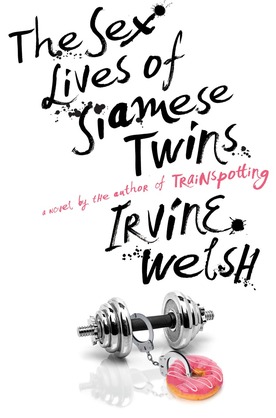 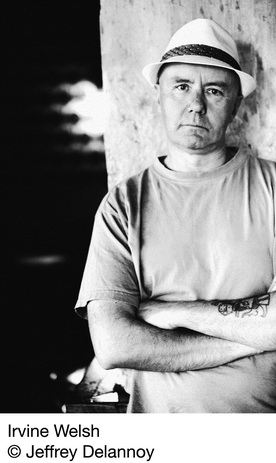 The Book Doctors: What inspired you to write a book that is so incredibly different from the dark, beer-stained, junky-filled landscape of Scotland that made you famous?

Irvine Welch: Miami -- a different world altogether from Scotland, a much more visual, body-obsessed culture. I've a place there and I'm in the town often.

TBD: Many successful writers seem to write the same book over and over and over. But this book is so far removed from what your fans are used to. Did you think about that in terms of the Irvine Welsh brand? Do you feel pressure, either from yourself, or from your publisher, to just stick with what you already know works?

IW: I don't think so. I love writing about where I come from, but you also need to step outside your comfort zone from time to time. Unless you are doing genre fiction and are more conscious of deliberate brand building, you can only really write the book you write. I have a blank page and that's a great luxury. I don't need to start the first sentence with "Harry Potter said..." or "Inspector Rebus rose early..." and that's a luxury. I can bring back Begbie or Juice Terry, but only if they are the right tools for the job. In this case they weren't, so I created Lucy and Lena to tell the story.

TBD: Was it difficult to write in the voice of two women who are American and so removed from the dialect of your home turf? What are the methods you used to capture these voices?

IW: The biggest problem isn't so much the language and dialect. I'm quite tuned into that through living in the States and being married to an American. The toughest thing is the cultural references, all the TV shows etc., that inform conversations. I had to make sure a lot of American friends saw early drafts.

TBD: The main character in the story seemed to me to bear a striking resemblance to Frank Begbie, the notoriously violent psychopath in Trainspotting. Except for the fact that she's a bisexual body trainer who (mostly) disdains alcohol. What draws you to these extreme characters and how do you manage to get into their heads so successfully?

IW: I like uncompromising characters. They are tough to deal with in real life, but great fun in fiction. With a character who is 'out there' you can literally have them do anything. That's a blessing for a writer

TBD: I don't want to spoil the plot, but there's such a fantastic switch, actually several of them, toward the end of your book. Do you outline where your story is going? How do go about constructing plot?

IW: I tend to let the plot come from the characters. Sometimes I might have a vague idea of where I want to go, but I like to throw away my GPS and give them the wheel. "Take me to Miami...or anywhere else interesting," is my only instruction.

TBD: How is it that you've managed to get away without ever using quotation marks?

IW: I hate quotation marks. I read a Roddy Doyle novel years ago when I was starting out -- The Commitments -- and his use of the dash seemed to convey the urgency of the characters better. So it's Roddy's fault!

TBD: I was fascinated by the theme of numbers. Did you do a lot of research for this book?

IW: Numbers and stats are huge in America. Especially sports. The idea of measurement is ubiquitous. I did a fair bit f research, but not as much as might be imagined. I suppose watching sports and reality TV is research...

TBD: When I am in Europe, the only fat people I seem to see are American tourists. This is of course one of the big themes of your new book. Why do you think Americans are so fat?

IW: The rest of the world is catching up! But consumerist culture is huge in America, as is fast food. You put those two together and you are heading for lardland.

TBD: Have you ever had a book rejected?

IW: Yes, I wrote a terrible "experimental" novel for my third book. My editor said something along the lines of 'this is shit. You're just trying to show off. Go and write the book you really want to write.' So I binned it and came back with Marabou Stork Nightmares, which is a book I'm very proud of.

TBD: Do you have any tips for writers who want to you explore the dark parts of human nature that would seem, at first blush, to be difficult to sell to the mainstream of the book world?

IW: If you think about the market you are in a very different game. Write what you want to write; work out how it sell it when it's done.