When British Prime Minister David Cameron was overheard calling Afghanistan and Nigeria "fanatically corrupt" countries on the eve of an anti-corruption summit in London, the incident was labeled as "embarrassing" and "unfair" by some in both countries.

Afghanistan's president, Dr. Ashraf Ghani Ahmadzai, said he did not have a problem with Cameron's statement, but added that he was elected "on a mandate to make transparency, accountability and rule of law the imperative." Moreover, he said the West's demand for narcotics is one of the major sources of corruption in Afghanistan.

The question that arises is who is responsible? Is it the previous government? The international community? The current government, or a combination of the above? After all, a country does not become "fanatically corrupt" overnight.

In fact, corruption has been one of the biggest challenges in Afghanistan for the past several years. The problem became more widely known after 2008, when Afghanistan was downgraded in the Corruption Perception Index published by Transparency International. It was further publicized in 2010 during the Kabul bank scandal.

Another question we should ask, this time of David Cameron, is whether his government is able to track the money it has contributed to Afghanistan to see if it is helping to fuel corruption there.

Mutual accountability is an essential element. The international community, including the United Kingdom and the United States, has channeled billions of dollars into Afghanistan, but has not controlled the flow of those contributions. The U.S. alone has contributed more than $107 billion since 2002 to help in reconstruction. According to reports by SIGAR, $50 billion was provided without any strategies or mechanisms that would keep track of the money. In a follow up report in 2013, SIGAR indicated that an additional $46 billion was allocated without any framework to avoid corruption.

Political will is a key factor to successfully combat corruption, but it's been missing in Afghanistan during the past decade. The new National Unity Government has said the fight against corruption is among its top priorities. One example is the re-opening of the Kabul Bank investigation, as well as the implementation of recommendations provided by the Monitoring and Evaluation Committee.

Still, there are many steps to take. Thousands of governmental positions remain vacant while the younger generation is leaving Afghanistan due to unemployment. The country is waiting for a new defense minister and intelligence chief to be approved by parliament, but no high-level governmental positions are filled unless the candidate is affiliated with current leadership. Also, security that is closely connected to corruption is deteriorating. Additionally, Afghanistan lacks the strong legal framework that is needed to fight against corruption. It is both outdated and unaligned with UNCAC requirements. Moreover, the anti-corruption institutions that Afghanistan has developed are facing major challenges. A lack of independence and operational shortcomings are the main gaps at these institutions. Finally, a culture of impunity as it pertains to high-ranking governmental officials has undermined the efforts by anti-corruption agencies. It has made non-governmental organizations stay silent. In general, the NGO's are created to give support to specific groups of people such as women and children, while their advocacy interest in regarding governance issues remains low.

When we consider the multidimensional factors that have contributed to Afghanistan's systematic corruption, it's clear that removing it will take longer than a year or two. There must be a strong political will, the country's legal framework must be restructured, and we must establish mutual accountability. Labeling a country 'fanatically corrupt' while ignoring the contributing external factors will not solve the problem for the Afghan government or the wider international community. 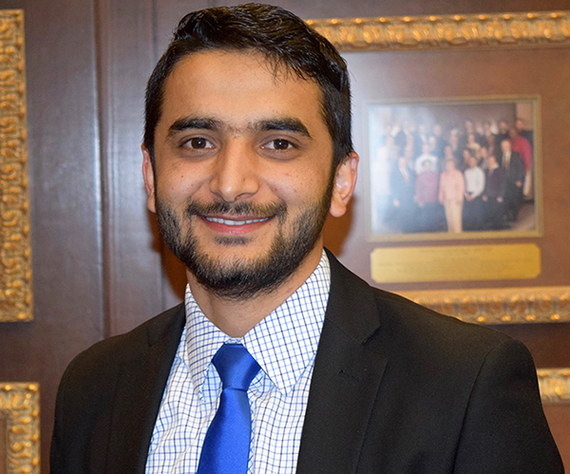 Naveed Noormal, an Afghan Fulbrighter, graduated from the Heller School for Social Policy and Management in May 2016 with a Master of Conflict Resolution and Coexistence with a concentration in Humanitarian Aid and Disaster Management. He works for the Ministry of Foreign Affairs of Afghanistan. He can be contacted at noormaln@brandeis.edu.