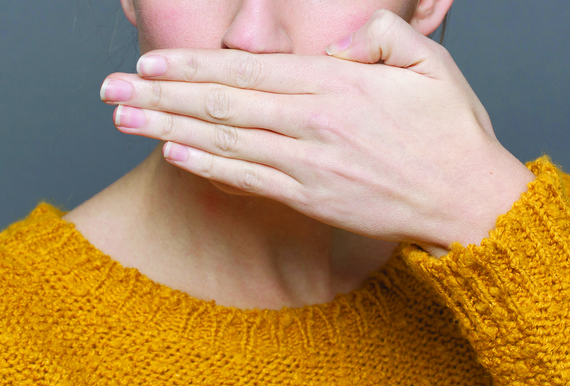 Students at the University of California-Santa Cruz protested last year after burritos were served at an space-themed science fiction club meeting. The reason? Some felt that the space-theme connected the term "illegal alien" with Hispanic immigration and culture. Across the country, a "bias-free language guide" was given to University of New Hampshire students in order to stop using offensive -- yet common -- vocabulary.

Why are these arguably drastic actions taking place on campuses across the country? For the sake of political correctness.

Merriam-Webster defines politically correct as "agreeing with the idea that people should be careful to not use language or behave in a way that could offend a particular group of people." Whitney Young senior Charles Kotrba said he thinks of it as it as "a verbal form of gentrification." If Kotrba's definition is true, then the hundreds of college campuses around the country that encourage political correctness are no better than the oppressive establishments that this culture aims to dismantle.

During a radio interview with ESPN, Jerry Seinfeld expressed his dislike for performing on college campuses and said, "A lot of people tell me, 'Don't go near colleges. They're so PC.'"

Other comics, such as Chris Rock, have made similar statements about college crowds, finding them too easily offended. Even President Barack Obama has discussed this sensitive culture at colleges, especially the disdain toward aspects of conservative-leaning materials that could potentially offend students.

Since political correctness arose to deal with the very serious matter of keeping the peace, a debate over whether it's of benefit or detriment to society has sprung up in recent years.

Trinity junior Kaylin O'Bryan said she believes PC culture aims to be respectful of others.

A study done by Cornell University in 2014 found that when groups of college students were exposed to the PC norm, they tended to be more creative and could more easily speak their minds in mixed-gender groups than groups who hadn't discussed political correctness.

Nazareth history teacher Jon Paul Jurasas said his beliefs align with the findings of the study.

"I think I would disagree with the people who say it limits our free speech," Jurasas said. "I think it forces us to reevaluate what we consider to be acceptable speech, and that's a good conversation to have. I don't see it as something that's limiting, I see it as something that is actually liberating because it can allow you to see things in a new light."

But 68 percent of those polled for a Farleigh Dickinson University survey said they believe being politically correct is a big problem in this country. Indeed, many are critical of such a culture.

In interviews, President Obama has said that he doesn't agree with colleges avoiding potentially offensive material because he feels students shouldn't be sheltered from different points of view.

The debate occurs at the high school level as well. A key player in the conversation is the concept of "trigger warnings," which are designed to alert students when books, videos and other forms of media may contain sensitive or distressing material.

"I think to go too far with political correctness can sometimes cleanse things a little too much to the point where it's not realistic," Radogno said. "And people need to be aware of the fact that there are very divergent viewpoints on things and just kind of have to understand that. So too much sheltering is not good."

Experts are split on the issue of political correctness. Some feel the culture is moving America in the right direction with a new attitude of tolerance and respect while others believe it violates the constitutional right of free speech.

Shu-Ju Ada Cheng, sociology professor at DePaul University, said she defends advocates for political correctness and questions those who believe it affects Americans' right to speak.

"How is speech 'free' if people who participate in that context of unequal power structure have unequal access to the power itself and can be advantaged or disadvantaged depending on their social positions?" Cheng said. "In that sense, the idea of impinging on free speech is problematic to begin with. Another thing to think about is that the concept of free speech is really in relation to the state, not simply about individuals."

At the same time, Cheng recognizes the danger in the strong beliefs of both sides involved in the political correctness debate.

"It is a problem if someone gets aggressive when people disagree with them. This is true whether someone is politically correct or incorrect," Cheng said. "This is not just a problem that one camp has, but why do people only use this to critique one side but not the other? Why is this being used to discredit any progressive activism?"

It's important for teens to educate themselves on the culture of political correctness before deciding their own opinions. In order to help make the process easier, Cheng offers some questions teens should ask themselves.

"What is the so-called politically correct culture or movement? Who labels whom and who gets labeled?" she said. "Keep in mind that there is a difference between challenging the context of unequal power ... and prohibiting others from speaking."