Time Warner Cable (TWC) just increased my Triple Play rates again. The original advertised price was $89.99. It is now a whopping $211 bucks - a 134 percent increase in just a bit over three years. I'll come back to this.

In a previous article I noted that America was not in the Top 20 in the world in speed, as told by a number of organizations and companies that collect the data.

I decided see for myself what other service providers in other countries are charging for broadband. I'll let you decide whether you are overpaying for broadband and Internet services. My selection process was - I decided to stick to Asia and so, in a search engine I typed in "1 Gigabit" "broadband service" and "Asia". And here are some details from just a few of the offerings that showed up in the search.

NOTE: I used LikeForex for the currency translations, (as of December 20th, 2015), and Google Translate for the language translations of some of the web sites, as some were not in English.

MyRepublic of Singapore offers a 1 Gigabit special for $24.99, Singapore (SGD) dollars - that's $17.70 US dollars. (Note the "currency converter" we added on the right.)

Next stop, Hong Kong, and we see that the speeds from the Hong Kong Broadband Network range from 100Mbps to 1 Gigabit, which costs about $61.40 in US dollars. Phone service adds another $16.51 US. (We added the currency converter as well as the US dollars.) 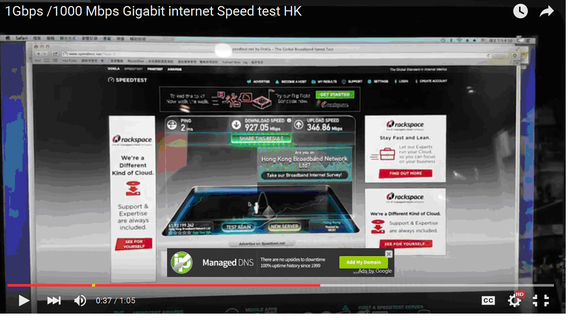 I used the same service to test my impressive speed. I'll get to that in a second.

In Japan, KDDI is also offering quick and cheap gigabit services. There are caveats, which I included, as some areas only have 50Mbps DSL services. 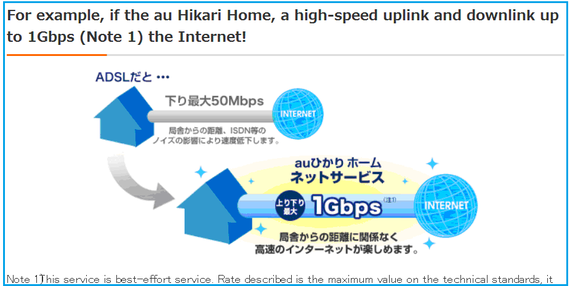 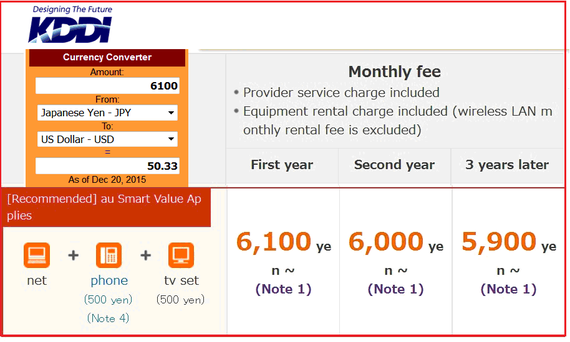 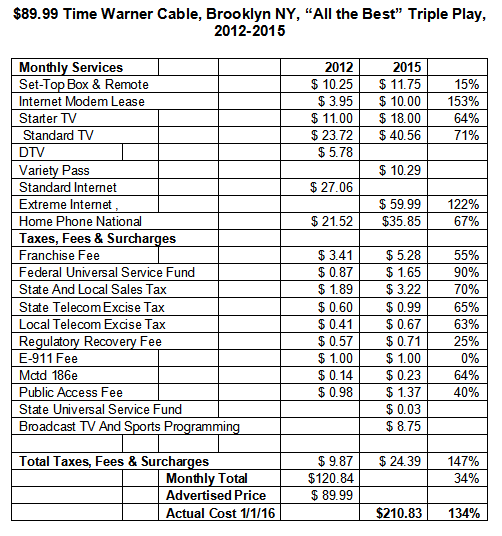 In a previous article I detail what these charges mean and why many are just more revenue to the companies, as opposed to a mandated government fee or tax.

I used the same test service as the YouTube test in Hong Kong, which was over 900Mbps faster--and cost less money per month. 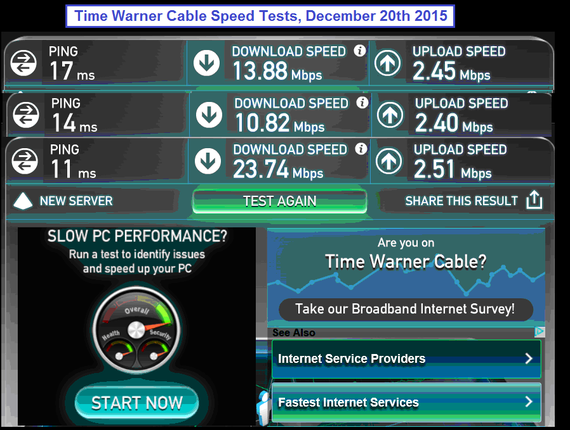 Also, I noticed some real sleaze...

These are the advertised prices and speeds from the TWC website as of December 20th, 2015.

And here are the rate increases and actual prices after the promotion expires -- adding $20 a month or so extra, not counting the $10.00 a month for the modem.

Let's Compare, Shall We?

(This information is taken directly from the previous examples and converted to US dollars for comparison.) 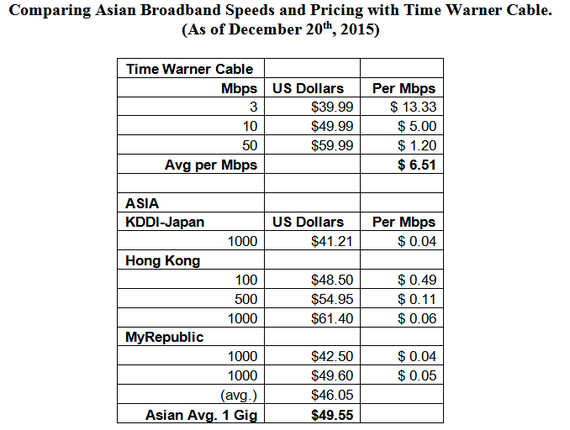 For the four offerings, excluding the modem,

Unfortunately, this chart sums up what I found: 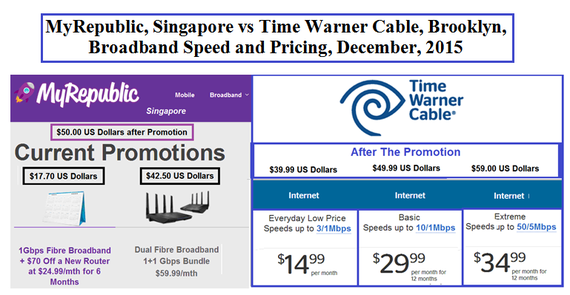 I fully acknowledge that there are some fiber optic 1Gbps deployments in America, like Google in Kansas City, or in the City of Chattanooga Tennessee. And AT&T claims that it will be deploying in lots of cities in the US with Giga-Power, as have other phone companies. However...

Overpaying is an understatement.

Oh, how close we are in the cost of the offerings... but, oh, how far we are in what we get for the money we pay, and pay, and pay.