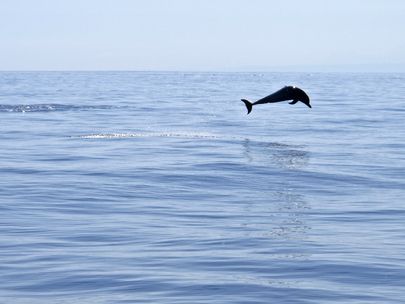 Will the passion of the animal rights movement soon become part of an international debate at the United Nations and related institutions as "Digital Diplomacy" takes another advance from the virtual? This debate will face hurdles like no other. For starters, what is the definition of "animal rights" and the goals where culture, experience and human need may provide vastly varying perspectives? Animals are not, at least not yet, in position to speak for themselves, and thus their rights are likely to be defined within our human experience.

Are Animals to be Defined by Souls, Individual Identity or Mere Utility for Human World?

What does animal rights mean:

---Are animals to be addressed mostly in context of perceived utility to humans, from food to companion animals?

---Biodiversity and the right of species as whole to survive and perpetuate. Poaching and habitat, to genetic modification are and may further evolve as key considerations.

---Do animals have rights beyond species and beyond their perceived utility to humans? Are they to be considered/treated as individuals entitled to life and liberty - and if yes, how do we differentiate between species?

Already there exist initiatives within the UN system and related agencies that promote animal rights in terms of preserving species and biodiversity. Animals' role in the food chain is currently part of internationalization. Multilateral institutions as IFAD (International Fund for Agriculture Development), FAO (Food and Agriculture Organization) and the World Food Program address animals as a resource for humans. They may address animal health but also humane treatment even when exploited as resource.

UNEP, (the UN's Environment Program) and its biodiversity initiative are focused on species and habitat preservation. Poaching and other abuse of our ecosystem may be addressed in context of preserving animal and plant life for future human generations. CITES (Convention on International Trade of Endangered Species of Wild Fauna and Flora) has evolved into a capable body to address issues as over-exploitation of plant and animal life as well as poaching. Nonetheless, CITES is only now beginning to affect attitudes and laws within sovereign states where conservation and/or abuse are largely defined. (See: Is Poaching a Threat to International Peace & Security?)

Are Animals Entitled to Treatment as Individuals including Right to Life & Liberty?

One human's most loyal companion is another person's meal, or shoe leather. Promoting animal rights in terms of individuals is now largely a focus of NGO's, international and domestic. However, regardless of passion such considerations have only begun to penetrate the affairs of governments and especially inter-governmental discussions and multilateral institutions, and the debate rarely goes beyond species preservation and humane treatment. Even on this limited agenda, culture but also national priorities often trump the interests of animals. Consider the international conventions that ban whaling, but with huge exceptions presumably based on science and/or national interests of a few significant states.

While compassion toward animals is already part of the vocabulary/rhetoric, empathy with them as individuals, parents and families is yet to be widely recognized. (See: The Ambassador's Cat)

We must admit that it has been easier for conscience, tradition, economic exploitation and political decisions to address animals as creatures without individual identity, and certainly no souls. We have needed something ready, hard and handy to differentiate us and them. Of course, similar strategy more broadly has allowed slavery to persist, genocide to be rationalized, or even women to be denied participation in education or political life. (We should also be careful not to compare the abuse directed at human beings with whatever treatment is meted out to animals, although many of us may be more sensitive to suffering of animals than people.)

Does Nature Offer a Guide: Predatory Carnivores to Passive Herbivores?

You do not have to be a "vegan" in order to be an advocate for animal rights. The animal kingdom itself consists of predatory carnivores to passive vegans. We are not, at least not yet, in position to dictate to the wolf to become a non-aggressive vegan. However, it may be predatory animals such as the wolf and shark that are in greatest need of protection, and perhaps a new appreciation/understanding.

Some more passionate animal rights advocates do assume a more absolutist as well as confrontational strategy/tactics. This may in turn be difficult to reconcile with so many varied views and positions, including other more "moderate" animal rights advocates especially in diplomatic dialogue/debate where compromise is the culture. Moreover, some complex issues and futures of species may necessitate a more complicated debate and resolution. What would be the future of animals that have been primarily "engineered", from horse thoroughbreds, to milk cows, to domesticated poultry? In a world where resources are frequently lacking for humans, will we allocate such to animals if they no longer have direct utility to humans? (Some animal rights advocates promote allowing domesticated farm animals being allowed to live out their natural lives but not furthering their procreation, but this also necessitates an allocation of resources as well as perceived sacrifice by humans.) What about pets who have also been affected and engineered to accommodate their utility as companion animals? How do we feed our pet dogs, cats, lizards, etc? (I have been informed that dogs could transition to a vegan diet, but some animals as cats must consume meat to survive??)

Will Human Intellectual & Spiritual Evolution Reflect Greater Sensitivity to Other Species - Thus More Fully Open a Fresh Debate on Animal Rights as well as Nature? In the end, the fate of animals may rest in our human perceptions of what is right and wrong for them. This may appear to some as another convenient withdrawal from the debate on animal rights. However, I would argue that it only necessitates a more thoughtful debate, and one that will have to develop perhaps as humans and animals further evolve. Will we be able to better understand the communication and sensitivities, perhaps even intellect of some species? Will animals evolve to further reflect those skills and values that we humans presumably appreciate? Will humans evolve to be able to comprehend and empathize with other species and become less reliant upon exploiting such for solely our own utility? Part of our intellectual and spiritual evolution and/or technological development may involve greater sensitivity to nature and animal life around us.

While nature may not offer an obvious guide for a debate on animal rights, ironically it may be human behavior that could offer some greater incentive. Are persons who have been associated with animal abuse/torture more likely to engage in torture and perhaps war crimes toward fellow human beings? Poachers are less likely to empathize with animals but also human beings. During the Bosnia & Herzegovina conflict there was credible evidence that those who slaughtered animals apparently were more readily capable of translating such "skill" to human beings. Suppressing empathy toward any animal may have its impact on our psychology and respect for life, including other human beings. On the other hand, do we benefit when opening our intellect and sensitivities toward all living things? An appreciation of a universal connectivity may also be the source of healing among humans, and a greater commitment toward peace among mankind, the primary mission of the United Nations.

Perhaps the debate will take what appear critical steps: for example, eliminating the slaughter of higher intelligence mammals as dolphins at Taiji Cove Japan, which appears to have at best limited link to nutrition or tradition. Should poaching that affects biodiversity or inhumane treatment of individual animals be incorporated as a grave violation of international humanitarian law, and thus perhaps to be prosecuted by the International Criminal Court, "ICC", (failing adequate national law protection)? Less than two decades earlier during our debates and negotiations at the Rome Conference establishing the ICC, we met much resistance in establishing a category of "gender based crimes" that enhanced protection and empowerment for women victims while providing greater deterrence against sexual violence.

Animal rights will be defined by both its implications for human beings and by necessity at least for now of our understanding and thus definition of what such entails. This though is likely to be an across-generation transition, only now in its infancy and as likely to affect relations between persons, states, and cultures as much or more as impact our treatment of animals. Is it though unrealistic to consider the possibility that the discussion that starts now among humans may in a century or generation incorporate some other species?