It's the start of video's New World Order.

In the past 10 days -- web video has undergone a massive change of roles and fortunes.

Cisco -- most surprisingly -- bailed out. The stunning decision to simply abandon the FlipCam has some scratching their heads. The Flip was purchased just two years ago as part of
the Pure Digital acquisition for $590 million dollars. Cisco found out what many have learned --consumer is hard, retail is hard, and video is hard. Put them together and you've got one heck of a puzzle. Sure the Flip is popular, and cool -- but the iPhone 4 makes great HD video and its a connected device. The Flip -- in it's current incarnation -- requires you to plug it in to sync and upload video. In this world of instant publishing and the always-connected mobile web, The Flip was an artifact of an earlier time.

Meanwhile, YouTube -- the current King of the web-video jungle -- made a significant shift as well. Google announced that it would be shutting down Google Video, and has given users a 15 day window to download their content. They recommend that you re-upload it to YouTube. After May 13th, all content will be deleted. Not long ago Google Video was going to be the 'pro' site for quality video, while YouTube was going to be the UGC brand. But, the traffic stayed at YouTube, and Madison Avenue has pretty much stayed on the sidelines - leaving YouTube unable to break into the big time revenues of consumer packaged goods. 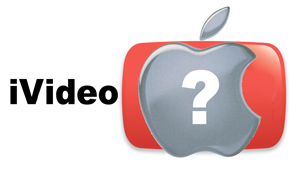 In just the past few days, YouTube has been on a roll announcing a plan to add curated channels (Mashable reports), to add a live video offering, and to partner with leading content creators, sports teams, and celebrities to give them branded channel exposure to the massive YouTube audience.

Why is YouTube making this change? Well, there's a clue if you look back at the roots of MTV. In the early days the music video channel was popular as it played short music videos. The only problem was, the coin of the realm for TV advertising was (and is) the Nielsen ratings, and Nielsen's were reported on the half hour. So, folks channel surfing in -- and out -- of MTV weren't showing up on the meter. MTV's shift toward program blocks, and then programs, was driven by a need to show up on Nielsen, and be purchasable by Madison Avenue.

YouTube has figured this out. Agency buyers want channels, and shows, and brands they trust, and large audiences aggregated around targetable verticals. YouTube will turn its massive audience into a commercial one, and I expect this version of YT to connect with revenue quickly.

Meanwhile -- just as YouTube is shifting gently away from the UGC and Long Tail business -- Apple is making key changes that could signal something significant.

With little fanfare, at NAB last week, Apple dropped the price of its market leading Final Cut Pro editing software to $299. Previously, it was bundled in a creative suite that cost $999 -- effectively keeping it out of the hands of consumers and pro-sumers. This move effectively marginalizes iMovie. FCP was awesome in all its previous incarnations, and the new FCP absorbs a bit of what may have been the best of iMovie. Apple is betting on more content creators to fuel the growth of software tools and, as a matter of course, make more media. Good bet.

Then, Bloomberg reported that Apple is considering a plan to license AirPlay -- its streaming media service, to TV set manufacturers. This puts Apple on a course to have a show-down in the living room with Google, who licenses its Google TV to set manufactures now -- but hasn't been able to make much of a splash with the product so far.

So -- what's the big Apple surprise?

Well, here's a clue. I wanted to show you video of the new Apple data center in Maiden, North Carolina. Here's the video.

So, the question is -- what requires all those servers to power that Apple needs, and doesn't have.

Apple needs to build its own, Apple branded YouTube -- and they need to launch it in the next six months.

The rumor mill says they should, and they will.

The name is, or should be, iVideo.com (The folks at Industrial Video in Ohio should be expecting a call any day now).

There's no reason I should have to link to Google to show you video about Apple -- and Apple knows it. The tools for creation and delivery are all in place -- Apple owns them. And while they're at it, expect iPhoto to offer a cloud solution too.

Expect the whole thing to light up around the WWDC in San Francisco June 6 -11.