As it is the case throughout the East European and Central Asian region, unsafe drug injection has been a driver of the HIV epidemic in Armenia over the last 15 years, though far less today than, say, a decade ago. 40 percent of people who inject drugs are estimated to be infected with HIV in Armenia, and close to 100 percent are infected with the hepatitis C virus. Heterosexual intercourse has been the main route of HIV transmission reported in the last three years among men and increasing numbers of women.

I was in Armenia very recently to learn about the country's response to its epidemic and came away undoubtedly pleased with progress on a number of fronts but concerned on others.

For people who have been diagnosed with HIV, treatment is now accessible to all those eligible for it, with most people on therapy having viral loads below the threshold of detection. By any measure, that certainly stands as a remarkable success story in the region.

Armenia is also one of the few countries in the Eastern Europe and central Asian region proactively implementing Opioid Substitution Therapy (OST). The Program has the clear support of the Government.

I visited one such program at the Armenian Republican Drug Centre located in a typically Soviet-era austere social service building on the outskirts of Erevan, 30 minutes by bus from the centre of town. 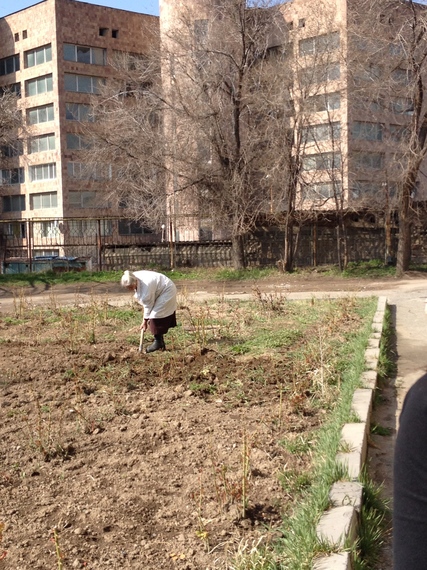 Dr Petros Semerjian's office runs off an unlit corridor in the Narcological Centre, which is supervised by uniformed guards. Semerjian has directed the since Centre since its creation and opened the first OST clinic in Erevan with the support of the Open Society Foundation more than 10 years ago. OST, he says, is "one of the treatment options" for opiate-dependent people, half way somehow between the Russian and the Western European positions.

Patients in Armenia may access substitutive treatment following approval by an internal advisory committee, usually, after two failed attempts of medically-assisted weaning. 260 patients currently receive methadone on a daily or three times a week basis, assisted by several nurses and doctors. NGOs claim that the program is not attractive to users because the committee that decides on admissions in the program includes a representative from the police. Dr Semerjian argues that associating police with the work of the clinic, as he has done since the early days of the Centre, prevents law enforcement from being confrontational with the Centre and from harassing the clients.

However, with the big picture in mind, what is worth considering here is the fact that Armenia, a country that is almost entirely economically and politically dependent on its partnership with Russia, has a Government that strongly backs its OST and AIDS programs.

The scale of the OST remains however at a very small scale, thus much below that at which it could demonstrate a public health impact on HIV prevention. This is common across the region, providing ammunition for the regional anti-methadone proponents to claim that it is not effective. Dr Semerjian, with much experience in dealing with the system, together with his own strong convictions, stands strong on his assertion that these numbers reflect the right proportion of clients that should access substitutive treatment but my sense is that small numbers of patients are enrolled in the program for reasons that seem to me reflect more the doctor's personal views than a real assessment of what the program should achieve from a public health perspective.

Of concern to me too are the current dynamics of HIV infection in Armenia.

Most of the men diagnosed with HIV have a history of migration and have worked for some time in the Russian Federation. Together with their female partners in Armenia, they represent 73 percent of all reported cases diagnosed in the last three years. Additionally, an estimated 60 percent of the estimated number of HIV-infected people in the country do not know their status.

While migration is also a risk factor for Central Asian countries and Russia itself, the magnitude of the epidemic which reflects the absolute need for Armenians to migrate to find work, make it a unique phenomenon in the region.

The future of the epidemic in Armenia remains uncertain, despite its small size: some 2,000 infections diagnosed would reach around 90 percent of all infections diagnosed. On the one hand one might be tempted to think that Armenia may be close to ending its epidemic, yet the uncertainty remains on who the undiagnosed are and how to reach them (is it about migrants as some experts believe, or also about vulnerable populations who are largely marginalised from national AIDS programs?). Exacerbating the issue is the decrease in international funding -- something which is similarly occurring in other countries in the region -- at a time when the country cannot afford (and is not politically ready to afford) to assume the funding gap left from the progressive departure of the Global Fund to Fight AIDS, Tuberculosis and Malaria.

On paper though, it's certainly something well worth contemplating: if the political will, more expertise and the funding were all there, Armenia could well be the first country in the EECA region to end AIDS.