Unless you've been cryogenically frozen for the last 16 years, you've probably noticed how radically our world has been reshaped by ever-expanding technology. Perhaps no part of our world, however, has embraced this shift as fully as business.

In many respects, this makes sense. Business, by its very nature, is about performance. From the first moment early humans invented the spear to help with hunting, performance has often (but not always) been rooted in obtaining the best technology to get the job done. 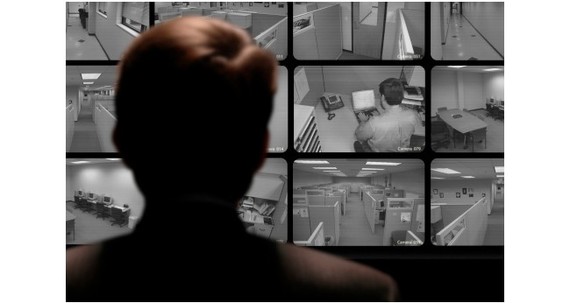 Today, when high-powered machines can predict market trends better than any finance analyst, play chess and Go better than any grandmaster and build a car faster, cheaper and more efficiently than any autoworker, it comes as no surprise to me that an estimated 47% of jobs are at risk of automation in the next five years. What does surprise me, however, is the fact that some businesses see automation as a one-size-fits-all solution, removing humans from the very tasks that need them most. Some things--often the most important aspects of management and leadership--still need a human touch.

Big Data is currently revolutionizing our approaches to medicine, development work, education, advertising and shopping. It is an incredibly powerful tool--one that allows you to take a broader perspective, factor in all relevant information, and make decisions that reflect a fuller comprehension of the situation at hand. Comprehension, however, is not the same thing as understanding.

Groups like Castlight currently offer companies such as Walmart the ability to track employees' healthcare information, allowing them to pinpoint which of their employees may be diabetic, in need of back surgery, or have become recently pregnant. Though technically legal, this kind of information is typically privileged and protected: the kind of things employees share in their own time after trust has been established and they are confident they will not lose out on a promotion, or find their hours cut due to their private health concerns. Another program, Workday, claims it can use its algorithm to determine how likely an employee is to quit. At Amazon, their own in-house productivity tracker is used to determine what percentage of the workforce should be laid off based purely on hours worked, earning their "brutal workplace" the dubious distinction of being proof of an "inhumane economy" according to the LA Times.

While this kind of information is certainly useful, it reflects a top-down, hierarchical approach to leadership that is not as effective today as it once was. Data collection provides employers with a better picture of their individual employees, but not the full picture. Worse, because employers can get sucked into the comforting illusion that their program provides all the answers, it might actually become an impediment to grasping the complete person.

People are more than the sum of their parts--and what they do on their computers. Making decisions about your workforce based only on Big Data means treating human beings like widgets, not their fullest selves. Because what and how you measure determines what you get and how you get it, using these tools instead of a more holistic approach will get you only the most mechanical of behaviors. When only 13% of employees in the world are engaged at work, and average job tenure is less than five years, it's clear that people are not machines and treating them as such is counterproductive.

Fortunately, there is another kind of data worth looking at.

The American Psychological Association reports that employees who feel valued are 60% more likely to remain motivated, lasting longer and being more effective in their roles. That sense of value comes from the amount of time invested in direct, two-way communication--something no Big Data program can do. In a study from the U.K. this September, it was noted that 92% of highly engaged employees had someone at work who talked to them about their progress and 97% of the same group had someone at work who actively encouraged their development. Another 88% of the highly engaged employees stated that someone had praised their work recently.

In short, you get engagement from employees by actually engaging with them on the right things. According to PwC's most recent CEO Survey, more and more business leaders are realizing that technology alone is not enough to manage talent to meet today's shifting needs. In the study, only 16% said that they were focusing on increasing productivity through automation and technology, and only 4% expected their talent strategy to benefit from the use of predictive workforce analysis.

As our expectations about work change, our approach needs to change with them. Now more than ever before, we want less mechanical and more subtle traits from our employees--traits that are harder to elicit using our old levers and measurement tools. According to IBM's 2012 global survey of more than 1,700 CEOs, the top four qualities or behaviors wanted from employees were collaboration, communication, creativity and flexibility. Last year, the World Economic Forum emphasized these same characteristics and more in its "Skills for the 21st Century" study, including grit, initiative and curiosity.

As more and more companies purchase high-powered computers and increasingly intelligent machines that can out-produce, out-process and even outthink any employee, it is the unique, human qualities that cannot be replicated that are fast becoming the key to winning by outperforming and outbehaving the competition.

When we outsource human communication to technology, we may reduce time and expense otherwise taken up by meetings, but we also reduce the level of understanding that is built in person. These elements only grow in importance as our expectations and asks of the workforce shift.

Something as simple as starting or ending a meeting with a handshake is proven to release oxytocin--a literal performance enhancing drug that builds trust between people and is the foundation for relationship building. Additionally, much of human communication is actually non-verbal. While, according to some estimates, video conferencing is about 80% as effective as in-person conversation, anyone who has ever had an email or text message taken incorrectly knows there are nuances to human exchange that are easily lost when the personal element is removed. Just seeing someone's facial expression not only gives you a better sense of how they actually feel by building empathy, it also allows you to better judge a person's character and what they really need out of an exchange--whether it is a salary negotiation, making a business deal or ending a working relationship. Reaching common ground is the first step in truly conveying what we need from our employees and also understanding what they need from us in return. This bridge of empathy is what allows us to come together and collaborate as our fullest, most human selves.

By taking a more holistic approach to how we engage with our employees not only will we receive more of the human qualities we crave, we will inspire a more effective and satisfied workforce while reducing turnover. In the age of intelligent machines, recognizing and reinforcing what is uniquely human is what sets your leadership and your organization apart.