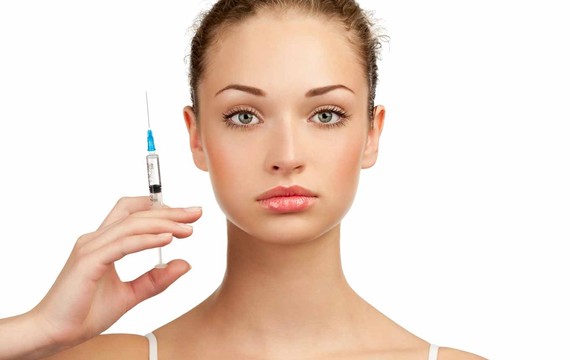 Botox used to be a procedure that was only associated with A-list celebrities over the age of 40, a treatment that was common among the rich and famous but surrounded by a cloak of secrecy. Today, more and more young women under the age of 30 are adding this procedure to their beauty maintenance routine, giving tri-annual Botox treatments as much thought as an eyebrow wax. After watching a fellow blogger document her Botox treatment on Snapchat last week, I had to ask myself, when did Botox become so run of the mill?

How Young is Too Young?

After turning 30 last year, I would be lying if the thought of having anti-ageing procedures such as Botox hadn't crossed my mind from time to time. After all, according to the American Society of Plastic Surgeons, Botox continues to be the most popular minimally invasive procedure with over 6.7 million treatments alone in 2015. Did I mention that 30 percent of those people were in their twenties?

So how young is too young? Botox is used to erase the appearance of fine lines and wrinkles but more and more young women are using Botox as a preventative method to stop the lines from forming at all. Dr. Cory Torgerson Toronto's facial plastic surgeon states: "Botox is also popular as a preventative measure against ageing. Patients who begin to use Botox at in their 20's and 30's will have less fine lines and wrinkles in the Botox targeted areas because the muscles will be relaxed and unable to produce their wrinkles."

It is clear that the stigma regarding this treatment has evaporated since its introduction in 2002, in fact, the attitude to cosmetic surgery in general has changed significantly. With surgical transformation shows on every channel to Oscar goodie bags featuring Vampire breast lifts, it is no wonder the public's view on Botox is rather blasé.

A lot has changed since my twenties, my living situation, my marital status but the biggest change has undoubtedly been my skin. Applying makeup now requires a whole host of primers, bb creams and serums to create the flawless base I so easily achieved in my younger years. So, it doesn't surprise me that people of my age and younger are already experimenting with effective anti-ageing methods.

Botox in the Age of Oversharing

With social media users documenting every aspect of their lives on Facebook, Twitter, Instagram and most recently Snapchat, it is no surprise that Botox has become more sociably acceptable. One positive aspect of this is that unlike 10 years ago, we now know a lot more about the procedure and can dispel some of the myths surrounding it.

The social media age has brought with it the illusion of perfection with filters that provide a flawless complexion. The I Woke Up Like This trend saw people being inspired by the Beyoncé lyric and racing to show off their natural beauty on Instagram. However, people who are getting regular Botox treatments have an obvious advantage when posting a no-makeup selfie.

Daisy Ridley recently took to Instagram with a powerful message telling her followers to take the photos posted on social media with a pinch of salt. The increase of minimally invasive treatments such as Botox goes hand in hand with the need to look flawless in a social media age.

We'd all like to look younger and it would seem that more and more people are taking steps to prevent the signs of aging even before they appear. Is Botox the answer? What are your thoughts on Botox?

More:
StylebotoxBeauty
Newsletter Sign Up
An essential daily guide to achieving the good life
Subscribe to our lifestyle email.
Successfully Subscribed!
Realness delivered to your inbox