It's no fun to be bullied. Wherever there is a schoolyard, there is likely to be a bully -- to some extent, dealing with the schoolyard bully is as much a part of growing up as losing baby teeth or memorizing multiplication tables.

But parents and teachers worry that today's schoolyards boast more bullies, and that these bullies are becoming more vicious. At the Federal Bullying Prevention Summit in August, Secretary of Education Arne Duncan remarked:

The recent suicide of Rutgers student Tyler Clementi has put cyber-bullying in the national spotlight, proving that peers can be just as vicious online as offline.

And it's not just parents of older kids who are worried. The New York Times recently reported that "according to a new Harris survey of 1,144 parents nationwide, 67 percent of parents of 3 to 7 year olds worry that their children will be bullied; parents of preschoolers and grade-school-age children are significantly more likely to worry than parents of teenagers."

The Times goes on to say:

Our preschool and grade-school bullies are both male and female. While "mean girls" are nothing new, the same New York Times article reports that now there seem to be more of them, and they seem to be getting meaner younger. 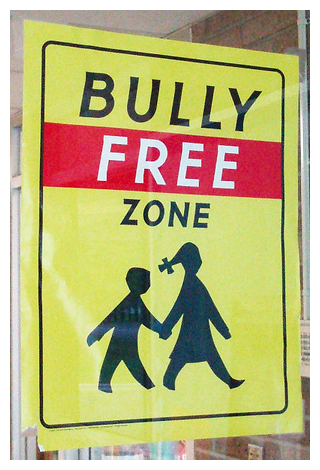 In honor of National Anti-Bullying Month, I feel compelled to ask: What is going on? One theory is that the effects of cyber-bullying on older kids are "trickling down" to the younger grades. Possibly, but I would make a different argument: The effects of the play deficit on younger kids are trickling up.

There's no doubt about it: Childhood ain't what it used to be. Kids are spending more time inside in front of screens, more time in scheduled activities, more time in the classroom, and more time being hovered over by "helicopter parents." All of this means less free play, and that doesn't just mean less fun. Play is essential to the proper development, socialization, and physical, emotional, and mental health of children.

What happens when kids don't get enough play? Dr. Stuart Brown, a prominent scientist, doctor, and founder of The National Institute for Play, first discovered the importance of play by discerning its absence in a carefully studied group of homicidal young males, beginning with the University of Texas Tower mass murderer, Charles Whitman. While these young males represents extreme examples, Dr. Brown recognizes that "play is a powerful catalyst for positive socialization." In his book, Play: How it Shapes the Brain, Opens the Imagination, and Invigorates the Soul, he points out:

"In authentic rough-and-tumble play, the participants squeal, smile, and laugh while hitting, diving, wrestling, chasing, and heckling, and they remain friends after the bout is over... If rough-and-tumble play is squelched because it is seen as chaotic, loud, out of control, its benefits will not be acquired. Kids need a certain amount of this play so that later stages of development will proceed more smoothly. On the other hand, bullying and exclusionary over-the-top behavior is forestalled if it is nipped in the bud in preschool situations."

While younger girls may be less likely to engage in rough-and-tumble play, "socio-dramatic" play, like playing "Doctor" or "House," has similar benefits. As the Alliance for Childhood reports in Crisis in the Kindergarten: Why Children Need to Play in School:

"Research shows that children who engage in complex forms of socio-dramatic play have greater language skills than nonplayers, better social skills, more empathy, more imagination, and more of the subtle capacity to know what others mean. They are less aggressive and show more self-control and higher levels of thinking."

While I doubt that more play will singlehandedly "solve" the problem of bullying once and for all, it's an essential step. And it's not as hard as you might think. Here are four actions that parents and schools can take now:

Simply put, for kids to learn how to play well with others, they must be able to play.

Do your children get along with their peers? Have they been bullied? How did you respond?