When clients arrive at my door these days, they often arrive with a coffee in hand. Coffee and tea used to be served in cups, now the container looks more like a small bucket than a cup. Apparently from a sales perspective it is more lucrative to sell tea or coffee by the bucket than it is to sell it in small cups. 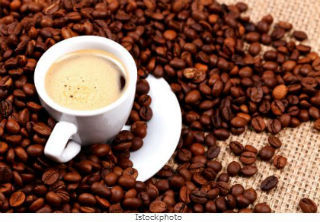 In fact, it is very much in the interests of the seller that customers consume large amounts of coffee and tea. After all, increased consumption means higher profits. The question is: "Are you drinking more coffee because you really want to or because someone else wants you to?"

This is an important question, but the problem may not end there; caffeine can keep you alert and prevent sleep. Researchers at Harvard Medical School report that caffeine blocks adenosine, your body's natural sleep-inducing agent. It stays in your system anywhere between four and seven hours. In addition, it breaks your sleep, so that you wake up more often during the night.

Have you ever considered cutting down or giving up caffeine altogether?

I did, and I can honestly say that the benefits are worth the effort.

The Day I Gave Up Caffeine
I had gone to visit my friend Anne -- she lives on the north side of the city and I'd had to take two buses to get there. I was dying for a cup of coffee and hoping Anne would make one as soon as I arrived. Well she did make the coffee, and as we chatted, she told me about her mother who had been to see her doctor the previous week, because she was having trouble sleeping. When she told her doctor how many cups of coffee she was drinking every day, he said, "Well, Mrs. Donoghue, if you give up the coffee, then you won't have any more trouble sleeping." At the time I visited my friend, her mother had been off coffee for a week and Anne reported that she was sleeping like a baby.

I was very interested in hearing this story, because I too, was having trouble sleeping at the time. My son was nine months old and like a lot of new mums, I seemed to have lost the "knack" of falling asleep and staying asleep. I decided there and then that I was going off coffee.

Initially it was hard. The first day, pushing my son up the road in his buggy, I could hardly put one foot in front of the other. I felt like I was on heavy duty tranquilizers. The tiredness lasted for about three days, although the first day was the worst. By the end of day two, I got the most ferocious headache. I can't remember exactly how long the headache lasted, but I think it was about two days. But the upshot of it all was that I got my sleep back on track. I was able to get into bed at night and when I fell asleep, I stayed asleep. I was like a new woman -- I felt great. I had more energy and more get up and go than I'd had in a long time.

If you decide to lower your caffeine intake, unlike me, back in the day, you should do so gradually under the guidance of a medical doctor. Researchers at Johns Hopkins found that caffeine withdrawal, as well as causing fatigue, sleepiness, headache and concentration problems, can also cause flu-like symptoms, depression and anxiety in some people. By cutting down on your caffeine intake gradually, you can greatly reduce these withdrawal symptoms.

Bernadette has worked as a Cognitive Behavioral Therapist and Executive Coach Psychologist in Dublin, Ireland for over twenty years and is the author of “How to End the Worry Habit” and "Sleep Book for the Perfect Night's Sleep".