Why is capitalism bad for the world?

Stephanie McMillan, an award winning writer and political cartoonist attempts to answer that question and explain what capitalism means to those who don't have a lifetime to study its concepts, in her book Capitalism Must Die. 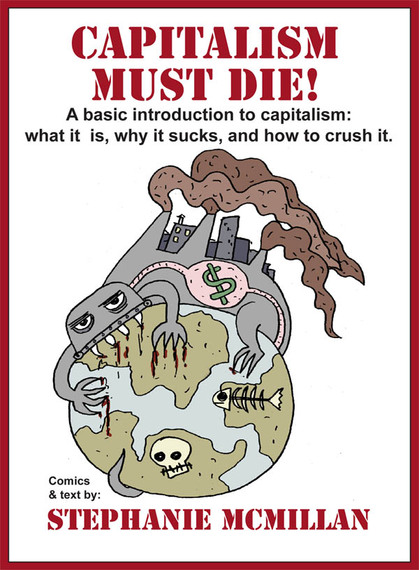 Conspiracy theories, false solutions and misconceptions of human nature are common diversions that keep us from understanding the connection between capitalism's structure and its many harmful effects," McMillan says. She did not just start thinking about this kind of stuff.

McMillan, who graduated from New York University, says that she has been working against capitalism since high school.

During the three decades she has been trying to expose the insidious nature of capitalism, she realized that most people do not know what it is. In fact, she says, even those who are against capitalism are not always clear of the components that make it so toxic for the future of the world.

"The most immediate example of capitalism ruining the world is pollution," says McMillan.

The second and equally as important is the way that we are literally sucking the world's natural resources dry. 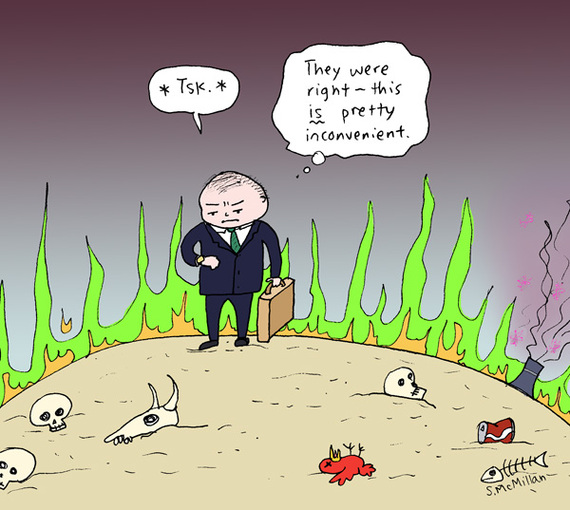 Contrary to popular belief, our forests, oil and clean water, to name a few, are finite, and when they are gone, they're gone. And not acknowledging global warming will not make it go away.

A capitalist is "a wealthy person who uses money to invest in trade and industry for profit in accordance with the principles of capitalism," according to Merriam Webster and capitalism is "an economic system characterized by private or corporate ownership of capital goods, by investments that are determined by private decision, and by prices, production, and the distribution of goods that are determined mainly by competition in a free market."

Simple enough, right? It is more complicated than that.

McMillan is not alone in her assessment. Columbia University's Jeffrey Sachs wrote on CNN.com:

The idea of sustainable development is that raw capitalism is far too powerful for its own good. Global capitalism is a juggernaut, with the world economy now doubling in size every generation. Yet on a finite Earth, with a billion new people being added every 15 years, that juggernaut is now laying siege to the physical bases of life and the social support systems that make life pleasant and decent. Sustainable development offers a path out of this growing crisis.

Having a curious mind (and some questions about the validity of all of this), I reached out to my correspondent friend Noam Chomsky, the world-renowned linguist and unapologetic political dissonant, who still manages to travel the world and answer emails regularly at the young age of 86. I asked him why capitalists who want to own the world are so hell bent on destroying it. 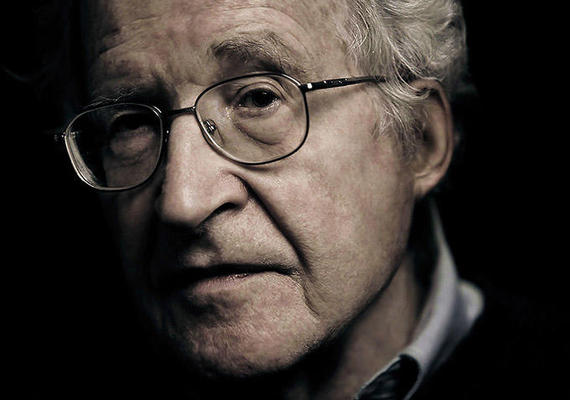 "They don't want to. But ruining the world is an externality, which doesn't enter into business transactions," Chomsky says.

He thinks that above the socioeconomic toxicity that rises from capitalism, its effects on the environment are the most discernable.

"The most obvious, and ominous, example is destruction of the environment, a virtually automatic consequence of the institutional structure of capitalism," explains Chomsky.

Although most of the business in the world revolves around capitalism, making it as Chomsky and McMillan call "unavoidable," such as using computers or banking and investing our money, it is best to know that in our not-so-distant future, the choices corporations are making today are not only exploiting people, but also putting the whole planet we live on at risk.

Don't take my word for it. Pick up a copy of McMillan's book. It is a good place to start. It is important to understand just how serious the implications are if we continue on the route we are allowing these companies to go.