By Hong Soon-do, Beijing correspondent, AsiaToday - It seems South Korean stars are getting blacklisted in China over THAAD (Terminal High Altitude Area Defense) deployment. Although it's not official, China is seemingly banning South Korean actors and entertainers from the mainland as a reprisal move. As a result, upcoming Korean drama "Saimdang, the Herstory" starring Lee Young-ae and Song Seung-hun, which was expected to become a hit in China, would face setbacks. 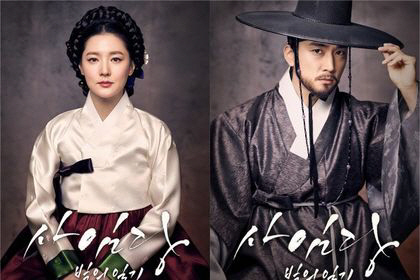 [A poster for upcoming Korean drama "Saimdang, the Herstory", which would be directly hit by THAAD deployment./ Source: Chinese internet portal Sina] According to a well-informed source on Saturday, there had been fierce competition in China to purchase copyright for "Saimdang." This was obvious. The main leads were Lee Young-ae, one of the original Hallyu superstar actress who appeared in the Korean historical drama Dae Jang Geum, and Song Seung-hun, who is in romantic relationship with Chinese actress Liu Yifei.

However, things have changed now. There is a list of 42 Korean stars who have been banned from Chinese media or at least that's what the rumors are saying. Obviously, it's hard for 'Saimdang' to freshen up the atmosphere. Things will definitely get tougher considering the fact that China will take aim against Hallyu after THAAD. If this is true, Lee Young-ae's hope to show off her power as original Hallyu star with 'Saimdang' will naturally fade away.