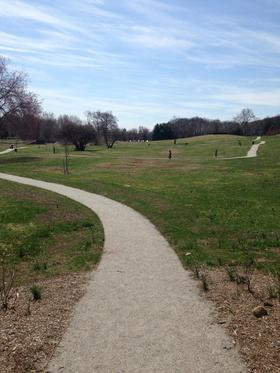 Growing up in Texas in the 80s, I can recall all of my high school friends looking at the best Texas colleges to attend while I instead chose an arts academy in New York because I had a goal to be a performer. Almost thirty years later, I watch my friends dealing with these issues with their own high school kids, and I don't envy them one bit. My own niece is about to graduate in a few weeks from Penn State and I could not be more proud of her. Yet, I often wonder if the college path is the right path for everyone.

Don't get me wrong. I'm not anti-learning. But thinking that a teenager knows what they want to do with the rest of their life at such an early age is a lot of pressure for a young person. I'm in my forties and know plenty of people that are STILL unsure of what they want to do. Kids get into college, switch their majors, change their minds, and all the while -- collect debt. According to the College Board, costs to attend college during 2013-2014 averaged just under $23,000 a year for a public college and almost $45,000 for a private one.

Very few people that I know have that kind of money set aside for their kids. And yet students are graduating, not always getting the careers they hoped for, yet leaving school with a piece of paper and a bill a mile long.

I believe it is the rare person that knows what they want to do when they are 17. And let's face it, if you're not doing all the volunteer work, making the best grades possible, joining every club in school -- chances of a scholarship are very slim. If you want to be a doctor, lawyer, or teacher -- then yes...you know you need that degree. But even as I thought I knew what I wanted, I left that arts academy after the first year and decided to transfer credits to an actual college to get that elusive degree.

I enrolled, took placement exams, signed up for basic courses in psychology, anthropology, religion, and of course -- the college choir. And then I got a tour for The Teenage Mutant Ninja Turtles and the 'power of the pizza' pulled me out on the road and I dropped out of college. A few credits shy of an Associate's Degree. So I didn't even have the piece of paper, just the bill.

There was too much pull at my young age to stay focused and get the full college experience. And I think that's true of so many young people today. Many students go to college simply because they believe that is what they must do after leaving high school. I personally think a few years in between might be the best path for some -- while they find who they are as an adult.

I had plenty of years to attempt to find who I was. I was that singer/actor who left college to tour the country as a Ninja Turtle, eventually ending up in lower Manhattan working in the World Trade Center. I climbed the corporate ladder to a six figure job. My love of the arts continued as I performed, directed, produced, wrote for the stage, published several novels and children's books, and traveled to schools as an autism awareness advocate sharing the story that being 'different' is okay and not to be feared. Oh yes, and the past seven and a half years, I've worked on a college campus as the managing director of an arts center -- all without a college degree.

Yet somewhere in the back of my brain, I always felt like a failure because I never finished college. Funny that society has such a strong hold on us in that way. We can't view our journey as fruitful if we didn't do what others had done. So I did eventually go back to at least complete my Associates Degree, thinking it would change everything about my outlook on life.

Choose the path that is best for you. Not what your friends are doing; not what society dictates.