Rehoming -- the practice of giving adopted children away to other families -- came to public attention, thanks to the September 2013 five-part exposé by Reuters, followed in December 2014 by a Dan Rather report. More recently, it became public that Arkansas State Representative Justin Harris (R -West Fork) gave his two adopted daughters, 3 and 6, to a man who allegedly sexually abused one of them, in a process dubbed "rehoming."

Embarrassed by the scandal, the Arkansas House of Representatives very quickly and unanimously passed a bill that would make rehoming an adopted child a felony punishable up to five years in prison and a $5,000 fine. If the bill passes, it will make Arkansas the sixth state to criminalize rehoming in one way or another, including Colorado, Florida, Louisiana, Ohio, and Wisconsin.

The intent of the legislation is to put an end to adoptive parents ridding themselves of children they can't handle -- often children who they claim are violent and dangerous to other children in the home.

What It Fails to Accomplish

Legislation such as this, which Harris voted in favor of, accomplishes just one thing: It makes lawmakers appear to care about children and to be acting to stop a horrendous practice. What it is not, is well thought through. This type of after-the-fact punitive legislation fails short in many ways. 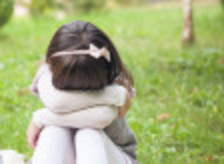 Jailing and/or fining adopters who send children away does nothing to help the children, unless the fines are far higher and go to help the children pick up the shattered pieces of their lives. Lifelong support, as Tori Hansen was ordered to pay after putting her 7-year-old son on a plane to Russia alone, seems far more appropriate, since most rehomed children will need ongoing therapy in various forms to help them deal with their initial problems and the added weight of yet another abandonment.

Fear of criminal charges is not a deterrent. Consider the fact that Rep.Harris alleges that the Department of Human Services (DHS) threatened to charge him with child abandonment if he returned the girls to state custody. (This despite the representative being vice chair of the Committee on Children and Youth -- which is in charge of DHS. He has since resigned this and other committee vice-chairmanships.)

Fear of being criminally charged did not prevent Harris and will not prevent others from simply finding other ways around the law, and in doing so, potentially causing more harm to the children in their care.

When we compare documented cases of rehoming, as reported by Reuters and Dan Rather, we see a commonality of behaviors described by adoptive parents that drove them to abandon the children entrusted to them: inability to bond or attach; lack of eye contact; violence toward parents, siblings, and classmates; threatening to harm or kill family members. In Harris's case, there were claims that one of the girls the family had adopted just seven months earlier was possessed.

Similar claims of defiant behaviors often appear in reports of adopters who are charged with abuse for having caged, burned, left out in the cold, locked in rooms or basements, starved, and -- in some cases -- killed their adopted children.

Legislation that criminalizes rehoming neglects to address the problem of pedophiles who scour the Web for unwanted adopted children to victimize. Rehoming involves at least two adults, sometimes two couples: one giving and another taking. Why punish one and not the other?

Two other approaches have been suggested. One is to legalize rehoming as is being done by the agency Second Chance Adoptions. Such agencies claim that providing such a service is preferable to do-it-yourself rehoming because they screen potential homes for the discarded children. The children may be physically safer, but they still would experience a devastating rejection.

Many believe that the answer lies in providing more "post-adoption services" to help adopters who find themselves in over their heads with children who are far more troubled than they were led to believe. The assertion heard most often from adopters who have resorted to terminating their adoptions and abandoning their children to strangers, to group homes, or to institutions is that they tried and failed to get help for their children from health and social services -- at least, of a kind they can afford.

While post-adoption services are sorely needed, the question is: Who will provide and regulate them, and who will pay for them?

Isn't a far better solution to work to prevent or at least reduce the incidence of adoptive families experiencing such utter desperation?

Those who have rehomed express feelings of having been victims of a kind of bait-and-switch or deception. Almost without exception, rehomers describe feeling duped by adoption agencies that withheld, or not did not fully disclose, the medical and behavioral histories of the children. In some cases, adoption agencies have been sued for knowing and not revealing histories.

From Tori Hansen, who put her 7-year-old adopted son on an airplane back to Russia alone, to the Harrises, adopters who terminate repeat the same refrain: "We got more than we bargained for."

First, we need to recognize that a goal of reducing the number of these tragedies is far better than punishment after-the-fact. In order to accomplish that goal, anyone planning to adopt, especially a child coming out of institutional care in a foreign country - needs proper preparation so as to not be caught off guard.

Prospective adopters need to know that children do not come with warranties, whether adopted or born into their families. They need to know that any child coming from an orphanage is a 'special needs" child and may have trouble bonding, adjusting and behaving.

They need to know that adoption is permanent and that it means taking a child for better or worse, sickness or health and that they accept financial responsibility for the child's care - whatever that might be - including institutionalization.

Who Will Provide Pre- and Post-Adoption Services?

Who will see to it that adoptive parents get full information and proper preparation?
Adoption -- and by extension adoption agencies -- are thought to be social services provided under governmental auspices. This has not been the case for decades. Adoption -- and even the foster care system in many states -- is privatized. Whether for- or not-for-profit (merely a tax status difference), adoption agencies are businesses with salaries to pay, including some hefty paychecks for the CEOs. Adoption is not a charitable institution, nor does it put the best interests of children first or, in fact, consider them at all. Adoption agencies are in the business of procuring children for those who pay them a fee of tens of thousands of dollars to do so. Period.

Butchers provide their paying customers with meat. Car salesman sell vehicles, and adoption agencies acquire children to meet a demand. Butchers are not in the business of telling people what antibiotics the animals were given or that fatty meats may clog their arteries, any more than car salesman are required to check on one's ability to drive competently before signing over the title of a shiny new (or used) car.
Adoption agencies are private businesses, and they cannot and will not police themselves or counsel prospective adopters in a way that would risk decreasing profits by scaring prospective adopters away. It's counterintuitive for them to do so. So who will?

International Adoptions Are Most at Risk

No statistics exist on how many children are rehomed, their ages at adoption, or their ages when their adoptions failed. One observable pattern that jumps out when we look at the histories of reported cases of rehoming, however, is the very high rate of abuse and terminated adoptions that occur in international adoptions. Too many children are being taken from their native languages and cultures only to be abandoned.

Here there is room for governmental intervention. First, we need to stop allowing adoptions from countries with a track record of being less than transparent about children's histories. Further, all international adoptions require the issuance of a visa, which involves the State Department.

The incidence of rehoming could be greatly reduced by requiring mandatory classes for anyone seeking to obtain a visa for an internationally adopted child. Foreign adopters could be made to attend a set number of preparatory sessions, just as one must take driving and written exams to get a license to operate a motor vehicle.

Instead of sugar-coating the possibilities, such classes should instead be the adopter's equivalent of "scared straight" programs. Adopters need to be prepared for the very real and worse-case possibilities, such as a child who may not be able to assimilate into a loving family and American culture, a child incapable of acceptinglove or being held, a child with violent or sexual acting-out tendencies. They need to be made aware that their love may very well not be enough to fix all that is broken in the child they take home.Unlike marriage, adoption involves vulnerable minor children. There can be no divorce or annulment.

Abandonment of adopted children via rehoming or any other means is reprehensible. It must stop. Threat of punishment is not the means to achieve the goal of keeping children safe. Criminalizing adoptive abandonment is closing the barn door after the horse has galloped away instead of properly corralling the bronco.

Adopters need mandatory preparatory classes, and they must be made to sign a contract, a statement that they understand that they are taking full legal and financial responsibility for the child they adopt. Whatever happens, they will have to pay child support for life. Such a contract is imperative to protect the children, and no nation should allow any American to adopt who has not received preparatory classes and signs such an agreement.