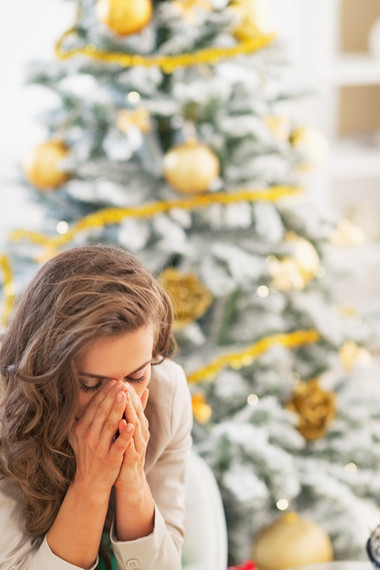 My mother's boots were on the wrong feet.

The family was gathering at our house on Christmas Eve and my mom had yet to arrive. In the past year she'd begun showing up uncharacteristically late for things: Mother's Day brunch, dental appointments and, most recently, picking up her grandson from school.

It was snowing hard and she didn't answer her cell phone. I pictured her Mazda in a ditch -- much the same as I did when my teenager wasn't home by curfew.

My mother finally stumbled through the front door, stomping fresh snow from her feet, and I gave her a big hug of relief. But when she plopped down on the steps in the hall to pull off her puffy, black winter boots, my sister-in-law and I locked eyes in shared disbelief.

OMG! Her boots are on the wrong feet!

Suddenly the "mild cognitive impairment" the doctor had casually identified the previous spring didn't seem so mild anymore. In fact, within the next two weeks my mother's diagnosis would change to Normal Pressure Hydrocephalus, a condition whose symptoms mimic Alzheimer's or Parkinson's. NPH accounts for 5-10% of all dementias, affecting an estimated 375,000 older adults, according to the Hydrocephalus Association.

The week before, I'd gone to my mom's condo to wrap Christmas presents, a difficult task for her because she'd had a bad fall and two shoulder surgeries the previous year.

There were catalogs and magazines strewn about the den. She didn't seem to notice the cat had been peeing on the carpet and she'd bought an expensive vacuum cleaner from a door-to-door salesman. I dispatched those observations into a mental file labeled "Denial" even as I forced myself to admit my once fiercely independent mother was losing herself.

And we were beginning to lose her, too.

As an Episcopal priest, my mother had always been in her element on Christmas Eve. She and her counterparts the world over would preside over joyous celebrations, often accompanied by incense, and sometimes even small orchestras, as the year's largest congregations squeezed into the pews singing "Joy to the World."

As busy as the Advent season is for members of the clergy, it had never stopped my energetic mother from Christmas shopping, decorating and baking. Her kitchen had been an assembly line of cookie sheets, foil, colored sugars and nuts as she baked and prepared decorative trays of treats for neighbors, friends and colleagues.

She decorated to the hilt -- electric candles on the sills of windows framed with boughs of greenery, a homemade pinecone wreath on the door, and a collection of angels on the mantle. She tied chunky, red yarn -- the stuff of 1970s ponytails -- into thick, floppy loops on the branches of an artificial tree. She used that same yarn in her gift wrapping. 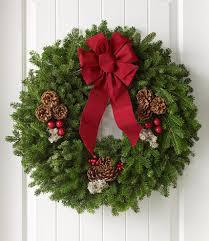 After I took up riding, I could count on her to give me at least one gift -- sweater, PJs, earrings -- with a horse motif, and she would often add to my collection of silver butter knives by slipping one into my stocking when she thought I wasn't looking. But it was the fragrant balsam wreaths she ordered from L.L. Bean every year that I'd greedily come to expect.

My pre-dementia mother had a passion for choral music. She must have played Handel's Messiah a thousand times over the years; I accompanied her to Messiah sing-alongs and sat in the audience while she sang soprano in semi-professional choral groups. Today, it's beyond her to pop in a CD (even the cable remote and telephone challenge her), but last year she did sing in a little Christmas chorus with some of her neighbors in the senior living community, and one of the caregivers there sometimes sings church hymns with her.

Dementia is miserly, Scrooge-like, chipping away at talent, passion and joy. It has stolen my mother's vitality and stripped her of self-sufficiency and many other things that gave her identity and purpose. For the longest time, it was the fact she could no longer drive that bothered her most. That car was the epitome of independence. To me, that was the least of it.

After the NPH diagnosis, my mother wouldn't stand at the altar again on Christmas Eve or any other day, a loss made more poignant by her insistence on wearing a clerical collar whenever she attends church. There are no more pecan thumbprint cookies filled with raspberry jam... no more listening for my mom to hit the high notes in "For Unto Us a Child is Born"... no more gifts of goofy equestrian sweaters or piney, aromatic wreaths.

I began to think of dementia as a Grinch -- descending upon our family, dimming the lights, stealing our baked goods, and taking away my mother's ability to give, which is really all she ever wanted to do.

But I've come to realize, just like the Whos down in Whoville, that the Grinch can't really stop Christmas from coming. As the song goes in the animated version, "We can welcome Christmas where we stand, heart to heart and hand in hand."

I'm halfway across the country now so I won't be with my mom this year. It's a gift to me that she'll be ensconced in the loving care of my brother and his wife and kids. They've put up a tree and strung lights and greenery amidst the family photos on the shelves of my mother's room in the assisted living facility. Even if she forgets how the decorations got there, I'm cheered by the hope that her familiar angels and ornaments will provide comfort, if not joy.

The other day I bought my own balsam wreath and, as I pressed my nose into its foresty scent, I closed my eyes in silent prayer for my mother, remembering how she was before. The Grinch may have taken her memories, but he hasn't taken mine. Maybe when I call her this week we'll sing Christmas carols over the phone.