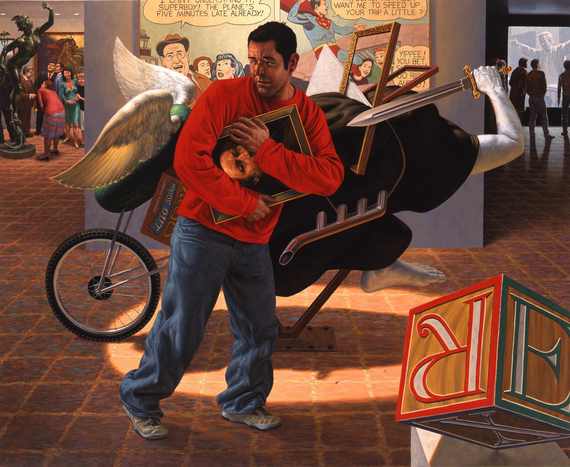 In 1974, when I was a freshman art student at a small Midwestern liberal arts college in Wisconsin, I wanted to learn to draw the human figure. One untenured professor took me under his wing and encouraged that process, but the department chair, an alcoholic abstract painter, stumbled into the studio late one evening while I was studying a plaster head that showed the muscles of the face. He slowly looked at me, then at the head. "This is not art!" he screamed, lifting the cast high and smashing it on the cement at his feet. Pleased with his stirring defense of Western Civilization, he staggered out the door.

Over the years my representational painting colleagues have expressed many similar stories, some funny in retrospect, coming as they do from the lucky few who successfully survived the vicissitudes of our academic art institutions. My experience was by no means an isolated incident for me. Other professors in other institutions purposely scribbled crude 'corrections' over carefully drawn works, daily held my work up to ridicule because of its style, or browbeat any opinion that tried to breach their academic dogma. I was a stubborn young cuss and held my ground. I often heard from fellow students, "I want to draw like you, but I don't dare!" 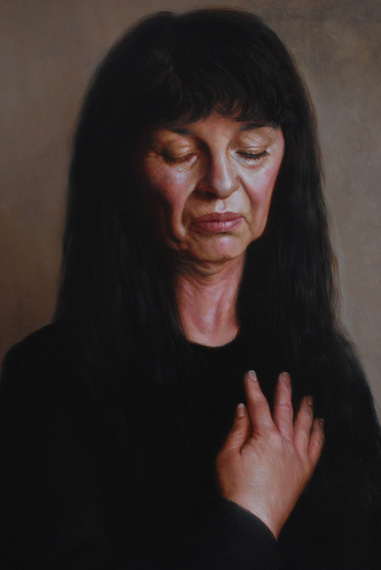 I wish I could say this academic prejudice against skill was a thing of the past. Unfortunately, it is stronger now than it has ever been. Conceptualism replaced abstraction as the dogma of the day, and has been in turn replaced by Postmodern hybridity, identity politics, or pure theory on the majority of college campuses. As in all educational endeavors, young minds are molded to fit the norm their professors set forth. De-skilling is the term I've commonly heard used to describe this odd institutional practice in the arts.

The idea that you might train a surgeon to be clumsy, or an engineer to build poorly, or a lawyer to ignore law, would be patently absurd. In the arts, however, you will find an occasional musician who purposely plays badly, or a writer who ignores grammar, but only in the visual arts is training in the traditional skills of the profession systematically and often institutionally denigrated. 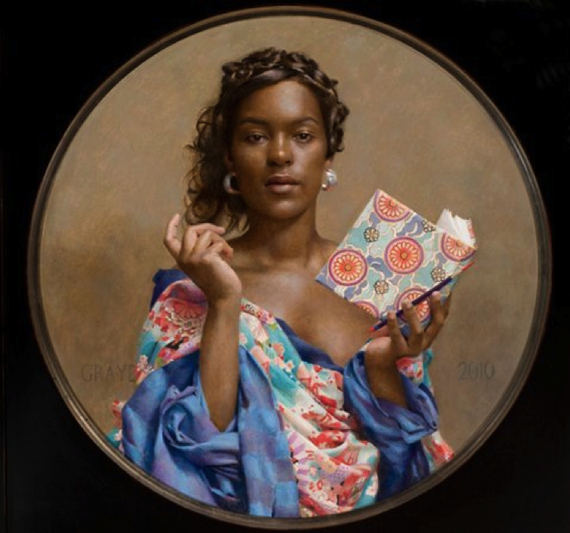 Ironically, to attend most art schools and art departments the student is still required to present a portfolio that demonstrates the prospective student's skill in drawing or painting. Sometimes these students lack great academic abilities in reading, writing, or math, but are visually acutely intelligent. They express this knowledge through representations of forms and objects, utilizing a skill-set that predates written language by thousands of years. These representational abilities could be built upon and exponentially improved as the student develops into a powerful visual communicator. Instead this natural tendency is often crushed as language and text become the main instrument of content delivery in this new academic art. Metaphorically this process resembles the methods once used to train left-handed children to be right-handed by tying their offending appendage behind their back.

For a dozen years I taught advanced figure painting in the foundation department of one of the biggest and most respected art schools in the country. Just walking down the halls you could tell which classes were those of the fine art department. They were always sitting in circles and talking. In the foundation, illustration, and design classes the students were working; drawing, painting, designing. I had great students who went on to become successful fine artists, but who had to enroll in the illustration department to get the necessary skills (anatomy, perspective, painting technique) to produce representational fine art. Ironically, but not surprisingly, this famous school's most famous fine artists stem from the illustration department, not its theory heavy fine art department. 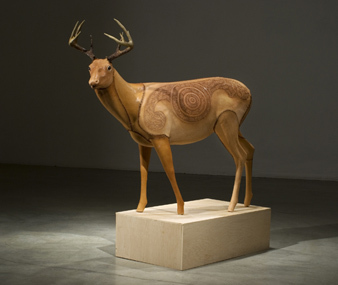 The breadth and persistence of this prejudice against skill confounds common sense. Human emotion and intellect can be expressed through a variety of methods and techniques, but skilled representational art is extremely effective in engaging the human heart and energizing the mind. Yet for decades a large percentage of our art institutions have sought to banish its practice from the classroom. A future blog will consider why.

I asked my painter friends on Facebook to recount some of their art school horror stories. I got over a hundred responses. Some wished school names to be omitted for fear of repercussions. Some messaged me later and retracted because it might impact job possibilities. Some were afraid teaching colleagues would recognize themselves. Here are a selected few:

Graydon Parrish- When I began my art training, I was accepted into a summer term at Parson's School of Design in Paris. After earnest, conscientious efforts, my mid-course review was a C (I'd never had a C in my life). Even though very few received A's, one did. Any painting he made only slightly resembled his subjects. I was confused. In the life drawing sessions we didn't have easels, so we sat on the floor directly on butcher paper and the model posed in the center. Contrary to my usual personality, I decided instead to fake it. Taking tubs of acrylic white gesso, I painted with my hands and fists, added blues and reds, swirled and smeared the image of the model into oblivion. At the final review, I received an A. The instructors pointed to these butcher paper figure paintings as the turning point. I admitted to the pretense, that I had painted what I thought they wanted, and they were completely incensed. When I pressed them further about their evaluations, giving them the aforementioned A student as an example, I got this reply: "Graydon, if you can't see it, we're not going to tell you!" I realized they not only desired conformity, they needed my soul. I had to believe. And although I had anticipated instruction in drawing and painting, I instead got a lesson in the vagaries and ideologies of art school.

Judy Bonzi- [In grad school] when I mentioned craftsmanship as a goal in my representational sculptures I was laughed at, and it was suggested that outdoor weekend craft fairs were probably a better place for my work than fine art galleries. This from a "fine artist" who prided herself in a focal, "expressive gesture" in her abstract painting that looked like a "smooshed Jr Mint." 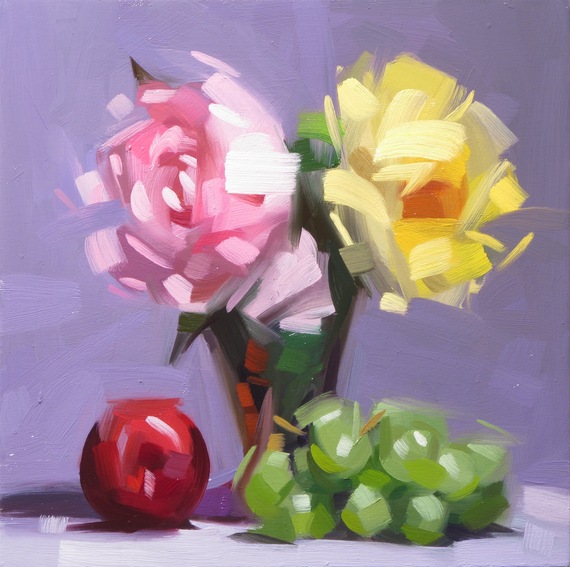 Dik F. Liu- I remember in the early 80's when my many Abstract Expressionist professors told me that Sargent was a bad artist. According to them: Sargent was superficial; he was too facile; his are not real paintings; virtuosos have no soul, etc. So, I went to my painting teacher George Nick and repeated to him the same shtick. George listened to me patiently and when I was done, advised me, "Dik, you have to learn to see for yourself." It was the best art lesson I have ever learned. 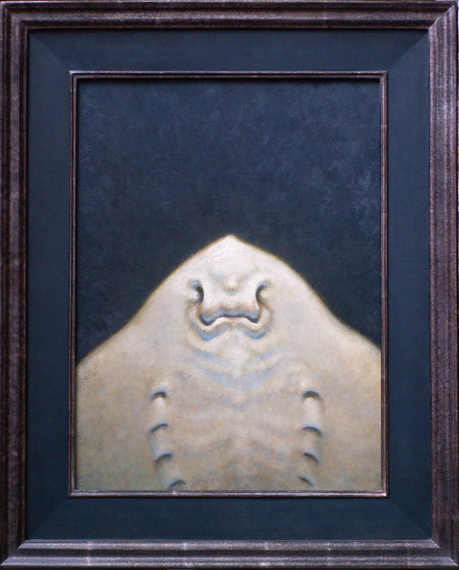 Peter Zokosky- When I was in grad school at Otis Art Institute, we had a visiting artist teacher. He glued sparkly things on canvases. Pattern and decoration, (P&G) were hot for a few months. He was riding high and feeling good about himself. I had decided I wanted to explore representational painting. I did an enormous painting filled with dinosaurs in a primeval setting. I was teaching myself how to pull this sort of thing off. This visiting artist saw my painting, and with equal parts urgency and certainty informed me that "with each stroke, I was setting art history back 500 years."

Kelly Detweiler- I had an experience in art school at Skowhegan which is worth noting. Robert Ryman [famed minimalist] came in to visit and during his time in my studio he looked at me and shook his head and said that I had "talent". His implication was that it was some sort of disease or impediment which I could not overcome. 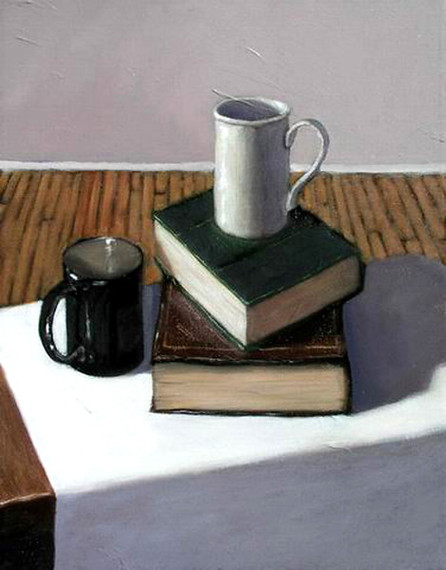 Chris Lovely- At the end of the semester we handed in our final projects, mine being the only realist work out of about 15 students. This teacher went around to every piece and talked in depth about them. Just before he got to mine, which was the last one, he stopped and said "Okay class, that's it, have a great summer." I was so pissed off. On the way home I saw this teacher pulled over by a cop on his motorcycle. Of course, I beeped and waved. 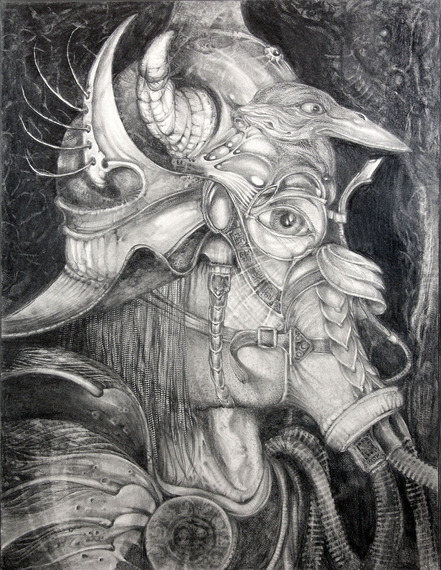 Otto Rapp- Once the prof figured out I knew my shit already, he came in, gave a few instructions and then said if there any questions to ask Otto, and 'I'll be in my office' - when you went there he was not around, but everyone knew you could find him on the tennis court. [This was the] late seventies, meaning this has been going on for a long time and also that what I thought was just an isolated experience happened to others also. At least back then tuition was cheap. 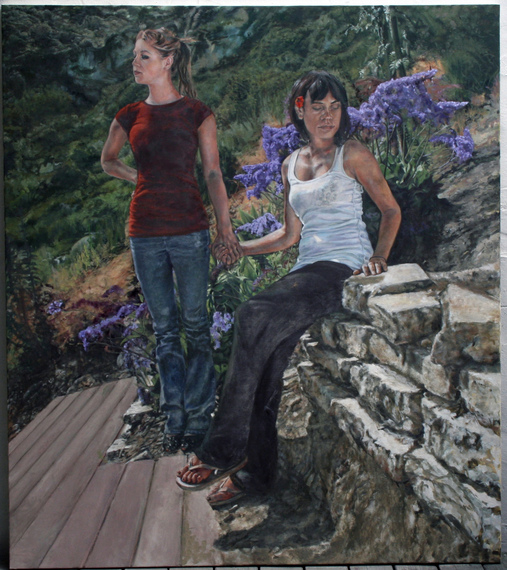 D.S. Alizarin- I went to San Francisco Art Institute in the 90's for BFA. Not one lesson in structure, anatomy, perspective, or color. "Process" was the methodology of instruction and literally anything could be a medium. Process included the notion that materials, methods and concepts revealed content. Learning to draw representationally was not criticized by everyone; however, none of my painting or drawing professors had the knowledge or skills to teach me. Every creative pursuit was meant to be a journey of self discovery. I will be 54 years old when I finally pay off the 65000 dollars it cost to get that self discovery education. 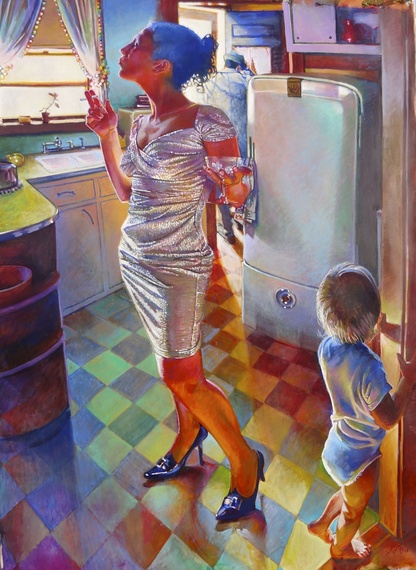 Cynda Valle Rogers- In 6 years of art school (1978 BFA Tyler School of Art, 1980 MFA Ohio University) I never had a painting class where the rudiments of oil painting were actually taught; rather, class was about "concept" and mainly encouraged the dispassionate manipulation of non traditional media (like sound, performance, installation). Maybe worst for me personally was most all straight forwardly representational work was labeled "illustrative" and discounted as "commercial." It was a toxic environment for me emotionally and it's taken years to pick up the technical instruction I missed and to relocate my own spirit and voice as a representational artist. 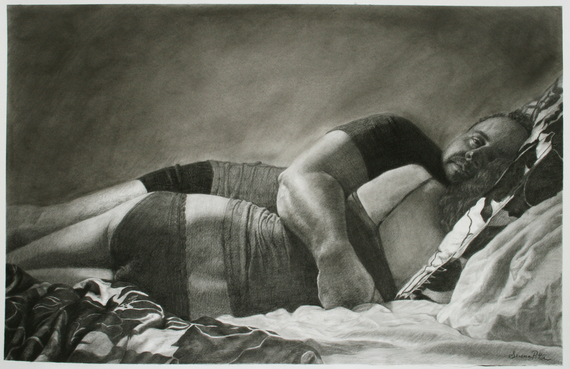 Serena Potter- I took a 3D class in my undergrad. Nothing I did could please this teacher. Finally out of frustration, I sculpted an ass out of bread dough, put some big lips on one cheek, baked it, mounted it on a board, painted the lips red, shellacked it and titled it "Kiss mine". I got an A.