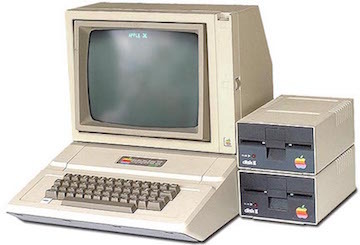 "Get me a TV marketer," said Don Draper never. Don Draper was the Creative Director on Mad Men, the hit series about the fictional ad agency, Sterling Cooper. I think of Don Draper when I hear the expression, "We need a digital marketer," because "TV Marketer" is not an expression Don Draper would ever use. Don's vision was much bigger.  He was a holistic thinker, who knew the power of insight in driving marketing, even though much of the great marketing in the early 60s was delivered by TV ads.

I also think of my Dad.  I remember him telling me about the Apple computer. How as a personal computer it would some day obsolesce digital computers. We were in our basement, which was more like a miniature replica of the Stadium Club at Giants Stadium circa 1976 than a basement.  Dark, wood-paneled walls, wet bar, tall chrome bar stools with bright Giants-blue faux-leather cushions, Giants paraphernalia, 70s shag carpet in the TV area, and right as you came down the steps: the shrine. There, an Apple II Plus, a printer, and boxes of paper. Soon thereafter, a IIc, a IIe, a Lisa, and a Mac. Later, a Newton, Apple printers, more Macs, Apple coffee mugs, and even Apple fashion -- a sweatshirt -- draped over the chair.  My Dad sold Apple computers for a living. It was 1981.

That was the early 80s, when the digital age started for me. But no one says "digital computer" anymore.  We no longer say "personal" computer, either.  As technologies become pervasive, we drop that once-essential modifier that defined a product. But we DO still say digital marketing, which sounds outdated, redundant and a little bit like Dad-Speak.

Brad Jakeman, President of PepsiCo's beverage group, put it this way: "There is no such thing as digital marketing. There is marketing -- most of which happens to be digital."  Mark Floisand of Sitecore, says: "Today's consumers make little to no distinction between the digital and the real, the online and the offline. Digital is simply part of our daily lives, from working and shopping to sleeping and eating." But more than just a passé expression, there's a bigger problem with the expression "digital marketing."

That's what Steve Muran, Practice Area Leader for Customer Engagement at Slalom Consulting, thinks. "Digital marketing creates silos that separate insight from facts and separate the right and left brain of an organization" pushing marketing decision-making up to the CEO level. Silos decouple brand building from transaction-driving and measureable marketing activities. Brand building becomes simply a cost that someone else incurs, losing its measurability and accountability. Yet the most successful marketing activities are the ones that build the brand and simultaneously drive transactions, revenue, and profit.

Silos also limit agile marketing, the scrum, sprints, and rapid iterations that improve speed and predictability of marketing programs.  Agile marketing works best when it starts with insight and hypotheses and concludes with synthesis and story telling. That is, when the left and right brains, the Don Drapers and the data scientists, work together.

Digital Marketing Is Often Defined By the Tactic of the Moment

Whether it's re-marketing or native advertising, digital marketing is often defined by the tactic du jour. With marketing technologies growing at 170 percent a year, companies hiring solely for the digital marketing skill of today, are also hiring the person whose skills will be obsolete tomorrow.

Which brings me back to Don Draper.  Despite decades of drinking Old Fashioneds, Don doesn't obsolesce: he comes back from his nomadic retreat to reinvent Coke.  But Mad Men is no longer on air. My Dad retired from Apple in 1998 as its oldest employee. Giants Stadium was closed following the 2009 season. The chuckling sound of the keys as my Dad typed away in our basement on those early keyboards now seems as musical and comforting to me as a song on a 45 vinyl record. For my Dad is gone, too. But his Dad-speak lives on.  Every time I hear the expression digital marketing.