Each panelist has inside experience with presidential debates moving the needle -- how Reagan passed his 'Commander-in-Chief' orals and how Gore won on points but, sigh, lost politically. Since Trump, Clinton & Holt each benefits from a calm persona, the Host thinks this debate may be far more about policy than personality. Isn't that a good thing?

Pre-Debate Scorecard. Ron thinks that one 1980 debate and this upcoming 2016 one are similar since "the challenger has an advantage with a sitting president [or prominent senator/SecofState] by appearing along side them in an equal way. Also, my father had a number of debates under his belt from the primaries while Carter didn't -- like the way Romney won the first debate with [a rusty] Obama. After it was over, we all thought he had done very well because he made no big mistakes. The next day, while Carter may have won on points and been regarded as 'smarter', that's not how the public judges debates, rather on visual, tone, confidence."

Mary sees one similarity between Donald and Ronald: "Reagan was so demonized by the left that he easily beat expectations -- and Trump may also" on the vitally important "Commander-in-Chief" test. While Ron doesn't disagree with the expectations point, "Trump doesn't know anything and my father knew alot of things. Also, since Hillary knows her stuff so well, she may be a perfect foil to this shameless sociopath."

Host: while Trump could win a Rally-Runoff because of his proven skills addressing an audience of 20,000, she's spent maybe 99% of her life preparing for this debate while he's spent, what, 1% on issues?

What'll Holt do? Ron speculates that the "mood in the room" may now be to pursue Trump more aggressively since, after thousands of articles on her emails and the Clinton Foundation, "it's time to start inquiring into recent disclosures about his finances" -- taxes, 'charity', illegal $25,000 to AG Bondi. "And the way that Matt Lauer went into the tank for Trump did Holt no favors"...although the Host wonders whether the fail of NBC's Today Show host makes it more likely that NBC's Nightly News anchor will note obvious falsehoods. (E.g.: "Secretary Clinton, Mr. Trump's comment just now that your campaign was also involved in the so-called birther movement has been debunked by all fact-checking organizations. You agree with them and hasn't your opponent now moved beyond the issue of the president's birth?"]

How will the twin terror attacks of last week and the two police shootings of black men this past weekend frame part of the debate? Does Trump have a political advantage on both since all he needs to is play on fear and say "be tough"? Mary says yes "because Democrats have been in charge of our national security for eight years and there's no doubt there are more such terrorist acts and cells now and our intelligence is worse." Host: perhaps but there's certainly no doubt that thousands more died in Bush 43's eight years because of 9/11 than anything under Obama."

Ron.: "But if a voter wants a thoughtful president who waits until more is known before reacting or over-reacting, that favors Hillary."

As for the two videoed gun deaths in Tulsa and Charlotte, why did one lead to days of rioting but not the other? We note that the film was quickly released in Tulsa and the officer who shot and killed the unarmed victim was indicted for second degree manslaughter while nothing like that happened for days in Charlotte.

Ron criticizes Trump for emphasizing the return of Stop-and-Frisk "which such a big success in New York City." Says Reagan: "Not only didn't it reduce crime there, it would again discriminate against black and brown youth. The problems go deeper that that. What's going on in officers' heads that leads them to use their guns so readily in these cases? This appears to be an issue more of blue than white or black."

"What the hell do you have got to lose?" says Trump of minorities locked in failing inner-city communities? To which Ron responds "apparently their civil rights since stop and frisk was ruled unconstitutional in New York City." Clinton focused afterwards on "institutional racism," although GOP VP nominee Mike Pence took offence at using that term. Mary acknowledges only that "Some cops overreact when facing possible death. Black men are often harassed for no reason. And many black families complain that there aren't enough police in their communities."

So who will "win" the Debate? Because Clinton is heavily favored due to her history, Mary concludes that "if Trump doesn't do something totally insane, people will say that she did as well as expected but so did Trump, which won't move any of their voters." Ron agrees: "Hillary's already won the debate on points because of how much she knows and he doesn't know anything. So it's unlikely that the Debate will have much of an impact."

Host: 100 million or so may watch -- including some soft Trump and Clinton voters -- and it really won't affect the result or margin in November? This Monday night, some pundits will give in to temptation to say, "well he didn't fall off his chair -- he looks Commander-in-Chief- ish." But the next morning most voters will know that they saw only one president on that stage. So my prediction: she'll end the week ahead by 6 and stay ahead."

Consensus! Sen Warren's take-down of the Wells Fargo CEO was epic and spot-on since 5000 employees cheating customers by creating fake accounts to generate fees is, says Mary, "crony capitalism" at its worst. The Host adds that it's actually more corporate crime at its worst and shows the need for the Consumer Finance Protection Bureau which congressional Republicans want to eliminate,

Both panelists wonder why we moving into the Driverless Car era since "no one asked for them or clamored for them", in Ron's words. "They will exist so people can go on-line to and from work. I can see them doing well as an Uber-type car that can pick up people." Also, what about thousands of lives saved since they won't drive while drunk or distracted?

As for Donald Trump Jr.'s analogy that, just as no one would eat a bowl of Skittles if three were poisoned, American shouldn't let in Syrian refugees. Matalin thinks this a nothing-burger of a gaffe. Reagan thinks that DJT Jr is at the least "mathematically stupid" since the odds are closer to 1 in 3 billion you'll be killed by a refugee. The Host says that "the odds of being killed by a Skittle is probably higher...and when it comers to the Strumph family, the apples don't fall far." 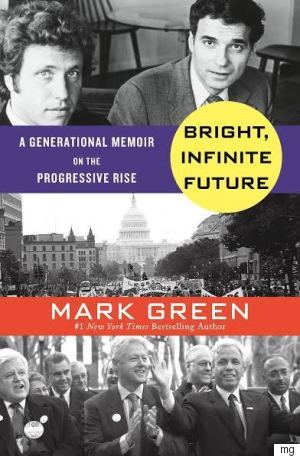