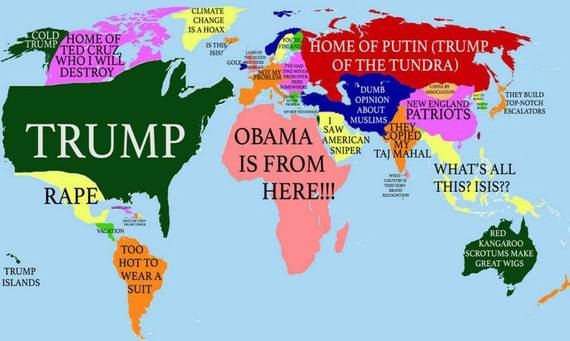 I'm sort of breaking my promise here. No news. Why no news? Because the news you read is almost always by uninformed reporters and is totally irrelevant in 99.999% of the cases.

Example: Greece has not paid a single debt since Rome took over in 146 BC. And yet, everyone keeps asking me about Greece.

News flash: They will borrow more money, and AGAIN they will not pay their debts. Nor should they.

Greece is a subsidized beach resort, healthy food, etc. but they aren't a real country - (sorry in advance to anyone offended by this) and then in three years, for less than the cash Google has in the bank, the entire world will figure out another way to bail them out.

That's all you ever need to know about Greece. By the way, when I was living in Astoria, New York (all Greeks) I learned the rules to the three ways they play backgammon there.

We would play all night in the local Greek-owned pool hall. I did this for 18 months. This has now made me an expert on Greek culture and news. It was probably the best 18 months of my life. The one and only time I had no worries, nothing to do. Just play.

I was just in a coffee shop. John McCain was giving his "FIRST RESPONSE EVER" to Donald Trump's remarks on the TV above the cashier.

About a dozen people were crowded in to listen. What would he say? Would he trash Trump? Would he take the high road?

Because the human mind is prepared to have up to 150 friends (the so-called "Dunbar Number") and most of us are not at 150, so we replace them with who we see on TV or in magazines. John McCain.

Or, for the guy sitting next to me at this moment: Kim Kardashian is his VERY close friend.

My Dunbar friend at the moment, based on the book I am reading: Bill Murray. I hope one day I meet him and he likes me.

But back to Donald Trump.

Claudia has explained to me the news because I asked her why she was so upset the other day.

He said two things that are super-idiotic. I don't even think Trump truly believes what he says. Which I'll explain why in a minute.

A) He said, "Mexicans and other South Americans [meaning: Claudia] are sending their murderers and rapists here to the U.S."

Which has been non-stop laughs for me ever since. When I wake up in the morning I get to shake Claudia awake and say, "Hey, what's a dirty rapist like you doing in my bed?"

B) He said John McCain is not a war hero because the "real heroes came home".

Or something like that. There is zero chance I'm going to read exactly what he said so Claudia could be totally lying (which is possible, being a criminal, murdering rapist).

Ok: so first things: clearly the above two statements are moronic.

It's like saying "Bill Cosby is a Mexican". Or it's like saying one of the bravest guys ever (whether you believe in his politics or not, which I don't) is not a hero.

But I think something very insidious is going on and not a single person has noticed this.

Donald Trump is being an idiot on purpose.

Now, he might actually be an idiot. This is possible. BUT IF he weren't, then he knows exactly what he is doing. A true game player MUST look at all sides of a story.

Note that after he said these statements his percentage in the Presidential race went from 0% to 12%.

By the way, it's NEVER going to go higher than 12%. But he knows that.

He also knows he has zero chance of winning the Republican nomination for a billion reasons.

So he did a classic marketing strategy. He did the Nigerian 419 scam.

The Nigerian 419 strategy is to have a misspelled email from the son of some deceased Prince who needs all your bank info in order to release $20 million that he will eagerly split with you.

Then he steals all of your money.

Why is the email misspelled? After decades of Nigerians sending the exact same email, why is it always mis-spelled? And, by the way, the OFFICIAL LANGUAGE OF NIGERIA IS ENGLISH.

There's a simple reason. Anybody in the top 90% of rational people know that a misspelled email coming from a Nigerian prince is a scam.

The Nigerians don't want to deal with those 90%. Even if you sent a perfectly spelled letter with a much more realistic story, those 90% will figure it out. Then the scammer will have wasted his time. He doesn't want to waste time.

This is what Donald Trump is doing. And I'm not kidding. I really think he is doing this.

He is saying the most stupid, most outrageous things because he's immediately filtering out the 90% that will never like him anyway.

The 12% that are left have managed to jump over AMAZING hurdles to keep liking him. Who could possibly like him after this?

There are clearly ZERO other candidates for these 12%. Trump represents exactly what they are thinking and he used the fastest approach possible to identify those 12%.

Because of the Idiot 12% - In the first weeks of February, Trump will come in a respectable, 2nd or 3rd in Iowa, New Hampshire, and definitely South Carolina (which after 150 years finally admitted they belong in the United States and slavery is bad).

Then he will drop out of the race and form a third party. Once he forms a third party, he will be able to raise a ton of money, appease his ego, scam people for the next decade, and enter the next stage of his insane career.

Not to mention drain votes from Republicans, giving himself a target to attack for the next eight years (Hilary Clinton) by effectively deciding the Presidential race.

Which is his goal from the beginning.

Most people do the right thing and ignore the Nigerian 419 scam.

The best strategy, which nobody will take (including me by writing this), is to just ignore him.

But we won't. We irrationally need a Donald Trump. Because evolution tells us we need people to gossip about.

The author also wrote about the 10 scams we encounter every day. Read more from the author... James Altucher, an entrepreneur, investor and best-selling author of "Choose Yourself" and "Choose Yourself Guide To Wealth". He openly discusses the financial and emotional impact of making (and losing) money in his personal blog at JamesAltucher.com.