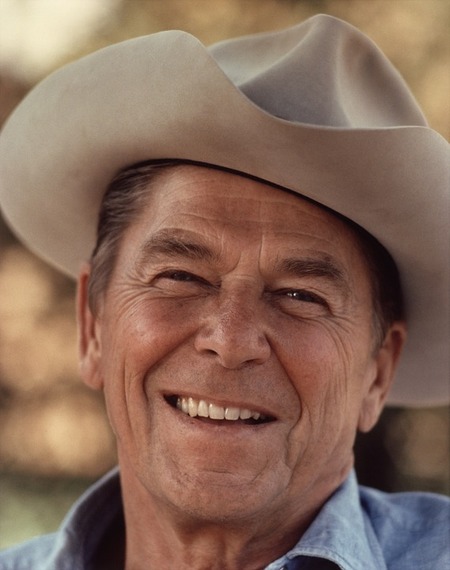 "Ronald Reagan? The actor?" Doc Brown uttered these words in disbelief upon hearing that Reagan would become President in Back to the Future. I can imagine a similar refrain if people were told in 1985 that Donald Trump was poised to become the Republican nominee for President in 2016. "Donald Trump? The mogul?"

A year ago, the pundit buzz centered on a Clinton-Bush showdown in 2016. I wrote an op-ed indicating that I thought it was highly unlikely we would see that "Back to the Future" scenario this November. Although a Political Scientist, I try not to get too deep into the prediction game. Yet, the frustration with business as usual in Washington has been a predominant theme in the electorate for some time now. In that op-ed, I made the case that Hillary Clinton would face a strong challenger in the primary and that "Anybody but Washington" candidates would have a strong showing in this election cycle (two for two as those predictions go).

Enter Donald Trump. He is most definitely an Anybody but Washington candidate. He has been a major surprise in the 2016 campaign. Apart from his stances on immigration, he has been very equivocal on public policy pronouncements. He has punted on many policy issues indicating he would surround himself with the absolute best minds to help him make decisions. There is little in the way of public policy for many to attach themselves to when it comes to candidate Trump.

Instead, I believe it is Trump's personal characteristics that account for much of his appeal. Many are attracted to Trump's frankness, his independent wealth, and his lack of electoral experience. His supporters see him as somebody who speaks his mind, rather than giving "political" answers to questions. They see him as someone who cannot be bought by special interests due to his own personal wealth. Lastly, Trump's never having held elective office works to his advantage at a time when approval of Congress is at 14 percent. While he has many warts, the taint of Washington is not one of them.

One narrative that has made the rounds is that Donald Trump is much like Ronald Reagan. Ronald Reagan is a hero to many modern Conservatives. Like Trump, he was a celebrity prior to his political career. Like Trump, he identified with the Democratic Party prior to running as a Republican. Like Trump, he challenged the establishment of the Republican Party. Like Trump, Reagan promised to restore American greatness. Recently, Trump's success has been compared to Reagan's. Although Trump has invoked Reagan in this campaign, The Donald was critical of The Gipper when he was in the White House. In 1987, Trump went so far as to question whether "there was anything beneath that smile."

Unlike Trump, Reagan had a well-defined agenda focused upon limited government that guided his philosophy about government's role in society. He spent decades carrying the torch of Goldwater Conservatism culminating in the Reagan Revolution of the 1980s. Donald Trump's "off the cuff" policy-speak does not convey a consistent statement about the role of government in society. His mercurial stances on issues from abortion to gun control to health care do not seem to add up to a coherent whole. Punctuating this point, Stephen Colbert "hosted a debate" where Trump debated himself. Trump's changing stances on a host of issues demonstrate remarkable inconsistency. Likewise, there has been little in the way of substance in much of what Trump actually says.

Perhaps the notion of making America great again is the most striking similarity between Reagan and Trump. Both suggest the United States has fallen as the City Upon the Hill and their candidacies would help renew America's greatness. Reagan articulated a vision relying upon private enterprise and traditional institutions as key pathways to restoring America's greatness. In contrast, it appears that Trump believes that he is the primary means to set things right.

It is time that Trump supporters take a good look at the electoral field. The desire to have a candidate outside the beltway is well-founded. However, choosing a demagogue who will say whatever he wants to whomever he wants will not likely produce much in the way of public policy over the next four years. Tough talk and insults may make for good television and strong ratings, but does not make for effective leadership. Trump knows how to get the attention of the media. However, leadership requires much more than media attention--especially when considering our constitutional framework.

President Trump would find that life in the Oval Office is quite a bit different than life on The Apprentice. Having a coherent ideology, rather than spewing inanities to gain attention would serve him well. Yet, if he has no core set of beliefs how can one know what the heck they are actually getting from him. It is ironic that he is lauded for his frank talk, while demonstrating very little in the way of a consistent ideology that can be pinned down. If people wish to be entertained regardless of where that entertainment ultimately takes the country, then Donald Trump is your guy. In this important way, Donald Trump is not like Ronald Reagan. At least with Reagan, voters had a comprehensible idea of where he wished to take the country. The same cannot be said for Donald Trump.