Few biblical characters get more scorn than "The Unforgiving Servant," who asks for help from a superior, but denies it to a lower-ranked servant. Donald Trump may be doing the same thing, complaining how Republican leaders are trying to oust him from the election, just as he uses the exact same tactics to remove John Kasich from the race.

Maybe you're familiar with Jesus' tale of "the Unforgiving Servant." In the Gospel of Matthew, Chapter 18, Verses 21 to 35, we learn that a servant owes his master a great fortune. He begs for forgiveness for his debt, and receives it. But then this servant meets a co-worker, who owes a small debt. The co-worker pleads for a little time to pay it back, but the mean servant tosses him in debtor's prison, making the cruel servant "the unforgiving one."

That biblical tale came to mind when I recently received an email from Donald Trump's campaign. His team crowed loudly about how the Republican establishment is trying to use every trick in the book to deny their candidate the nomination.

But at the same time, Trump is doing every dirty trick in the book to get Ohio Governor John Kasich from the race. He's trying to ensure that Republican voters won't even be allowed to choose Kasich at the Cleveland Convention, something far worse than the RNC is accused of planning against Trump. 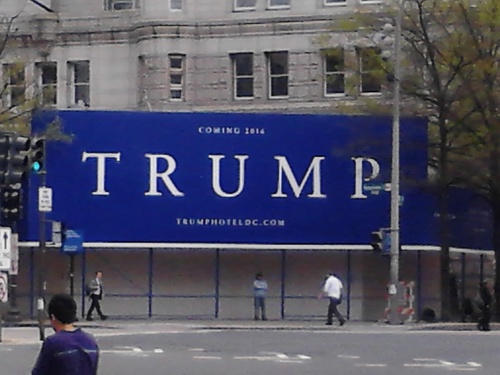 And yes, Senator Ted Cruz is a partner in this unholy alliance with Trump, making sure delegates can't even vote for Kasich, even as the Texas Senator loudly complains that the establishment is against him too, making him another "unforgiving servant."

One wonders what Trump is afraid of. After all, doesn't Trump have a pretty good lead over him, and Cruz, for that matter? Kasich's only won one state, his home state of Ohio, right? Why would Trump, and Cruz as well, run the risk of looking like a hypocritical biblical bad guy?

But here's the main reason Trump and Cruz fear Kasich, to the point of trying to block him from even being considered for the nomination. Kasich tends to do better in head-to-head matchups with Hillary Clinton and Bernie Sanders. He has gubernatorial experience, something Trump and Cruz lack, and congressional experience, something Trump doesn't have either. And Trump's negative numbers are amazing, while Cruz is toxic to so many elected officials in his party. In other words, Kasich is more likable, more experienced, more electable, and therefore, more dangerous to the two front-runners.

Trump and Cruz may ultimately get Kasich blocked from the ballot at the convention. But remember the biblical story, where the master puts the servant in jail for his unforgiving acts. We, the voters, are the master, and Trump, Cruz and Kasich are literally public servants. It is up to us voters to determine what should happen to an "unforgiving servant."