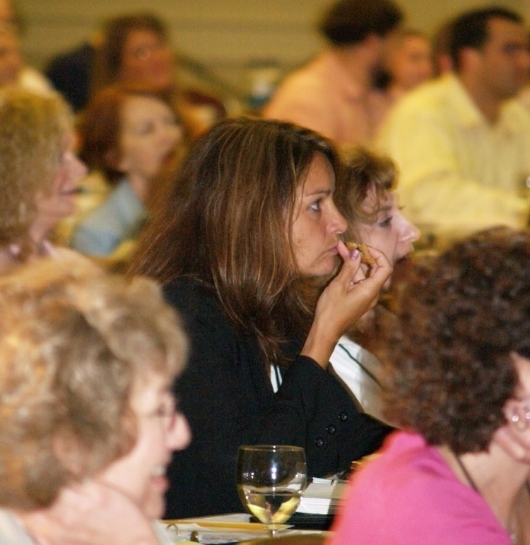 Some social media experts say that face to face networking is dead, but is that really so?

As a matter of fact, one of them is getting at least 70 percent of her clientele as a result of face to face networking.

So, why do social media professionals are saying that face to face networking is dead, and why you shouldn't listen to what they say if you have the opportunity to network in front of a live audience?

This is what we'll discuss in this article.

Who are you Networking with?

So, in this regard, I would say that the issue is not so much about networking with someone online or someone offline, the real issue at hand is, is that person my target market?

For example, as far as I'm concerned, most people who are around me, right now, are wealthy retired people and mom and pop business owners who couldn't care less about my services. I wouldn't even try to get any of them as a client.

However, if I were to conduct an event full of want-to-be entrepreneurs or single moms wanting to be financially secure before moving into a relationship, I would have a room full of potential clients. In such case, I would be a fool not to talk to them about what I do.

The only question you need to ask yourself here is am I living among people who are my target market, or not?

The Advantages of Face to Face Networking

A great advantage of face to face networking is not so much that you can meet your potential clients in person, but they also can meet you in person, and there's nothing better than being able to make a face to face first impression, which frankly is way more difficult to do through social media.

When people meet you in flesh and bone it gives them more confidence, because they can feel you and maybe even test you right then and there.

That's an advantage for both the buyer and seller.

How many times have you had the desire to hire someone you found online because you liked what they had to say on their website, but you were still not one hundred percent convinced that you should go for it?

What if you could have talked to the seller one on one, would it have made you feel better?
It probably would have.

That's the advantage of face to face networking.

The Importance of Networking with the Right People

Networking with the wrong people, on the other hand, is worse than not networking at all, and this here is why.

Because for the most part, our friends and family members are simply not our target market. More often than not they are the total antipode of what our target market is. That's why so many new network marketers were doomed to fail from the start.

They were networking with the wrong crowd and started thinking that people weren't interested in their product, and as a result they became depressed and disillusioned.

It's not that something was wrong with what they were selling, it's that they were trying to sell it to the wrong crowd.

So, don't make that mistake if you are thinking to network face to face.

If you're a life coach, chances are that your butcher is not interested in what you have. So, no need to hand out business cards while shopping in your neighborhood.

instead, join groups and associations that are interested in personal development. Offer to give free speeches, organize events and meet your audience in person.

This will be your target market.

You can do a similar process no matter what business you're in. The important thing is that you reach out to your target market, and not waste your time networking with the wrong audience.

To conclude I will say that reaching out to the wrong audience is done online as well when marketers send random emails to a list of people they know nothing about. I receive at least a dozen of such emails on a daily basis.

So, whether you're networking online or face to face, they are both good venues to network, as long as you are networking with the right audience.