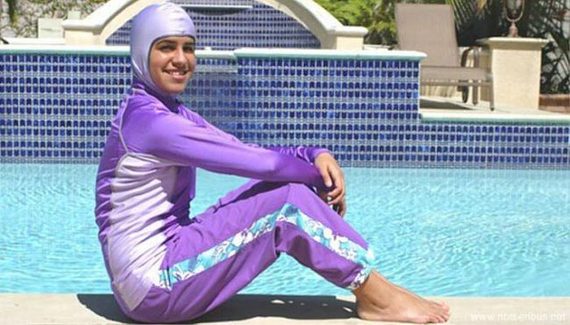 In late July, the Mayor of Cannes, David Lisnard, banned the burkini on public beaches, calling them "the uniform of extremist Islamism." Since then more than 30 other French municipalities, many of them along the French Riviera, have followed suit.

A few weeks later, on August 26, the French Council of State, France's highest administrative court, overturned the ban and ruled that mayors do not have the right to ban burkinis. The ruling was in response to a challenge that had been filed against the ban imposed by the mayor of Villeneuve-Loubet. Many of the mayors involved vowed to ignore the court ruling.

The ban joins an already existing French ban on the burqa, a full body covering that covers the lower face and has a meshed cloth over the eyes, and a niqab, which is identical except that a veil covers the lower face and the eyes are uncovered. The ban went into effect in April 2011, and mandates fines of 150 euros (165 dollars). Burqas, niqabs, headscarves and other "conspicuous religious symbols" were banned in French schools in 2004.

The issue has sparked a worldwide media frenzy. In France, Prime Minister Manuel Valls declared that he supported banning burkinis. Pouring fuel on the fire, Vallis, on August 29, pointed out that France's national symbol, Marianne, had her "breasts exposed and ... that she wasn't wearing a veil." Just to be clear, the statue of Liberty at the Marianne Monument in Paris has one breast exposed while in Delacroix's iconic painting, Liberty Leading the People, Liberty, which is often used as a depiction of Marianne, has both breasts exposed. Whether Vallis is proposing to ban the burkini in favor of the monokini is unclear. His comment was widely dismissed as moronic.

Not to be outdone, former French president Nicolas Sarkozy, who is widely expected to challenge Françoise Hollande for the presidency next year, declared that if elected, he would immediately ban the burkini. Predictably, Marine Le Pen, the president of France's anti-immigration National Right party urged that the ban be immediately adopted nationally. According to a BBC report, recent polls indicate that 64 percent of the French public supported the ban and that another 30 percent had no opinion. 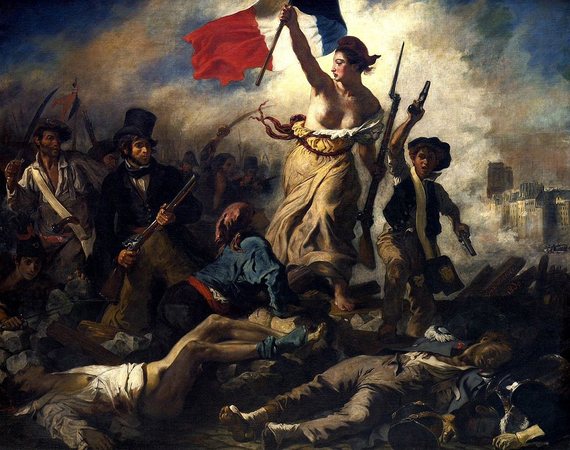 The ban generated broad international criticism. A widely cited New York Times editorial on August 18, described the ban as paternalistic, bigoted and hypocritical. Scores of protests from "burkini rallies" to a "wear what you want beach party," organized on a makeshift beach in front of France's embassy in London, were held in the weeks following the ban.

What exactly is a burkini? Basically it is a swimsuit that covers everything except the hands, feet and face. It was designed by Australian fashion designer Aheda Zanetti. She owns the trademark to the words burqini and burkini, although the terms are now in generic use. A similar style of bathing suit, which consists of pants and a hooded shirt, called a veilkini, although it doesn't actually have a veil, has also been introduced.

Stylistically, the burkini is not all that different from the wet suit used by scuba divers and often used by surfers and long distance swimmers. While it is associated with Muslim dress, and in particular with the Koran's pronouncement that "women should dress modestly," it is not traditional attire - having been invented only in 2004.

According to Zanetti, about 40 percent of her customers are not Muslims. The outfits have been popular in Israel among the Jewish Haredi. They are also becoming increasingly popular in certain Asian countries where pale skin is considered desirable. The product is already available at North America retailers, including Amazon.

The larger question is whether a society should ban articles of clothing that impede accurate identification in the interest of public safety? Courts have long held that public security trumps personal privacy, especially in those instances where it would impede proper identification. That's why you are asked to remove your hat or sunglasses when you cross the border or are pulled over for a traffic violation. Ditto when you go to vote or are giving testimony in a court of law. That's why police can operate CCTV cameras and film you without your consent.

You can rail all you want that it is a violation of personal privacy. In an environment where every crowd is a potential terrorist target, anonymity in a public setting is simply not compatible with public safety. That holds true regardless of whether you are wearing a burqa, a hockey mask or a Donald Trump Halloween mask (rumored to be this Halloween's best seller although Hillary Clinton is not far behind). 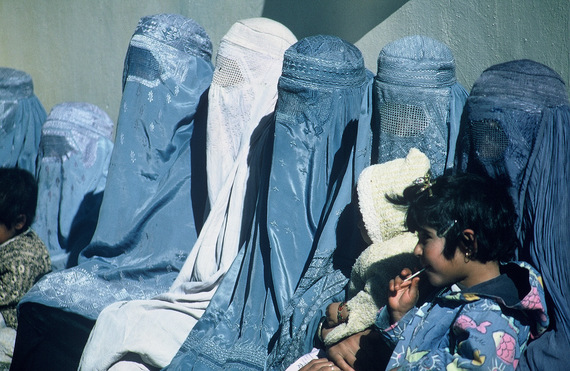 A specific ban on burqas or niqabs will invariably be seen as being anti-Muslim in inspiration. A ban on any article of clothing that prevents proper identification in the interest of public safety, however, is not prejudicial or targeting any specific group. So, yes, that means that you should not be able to wear Halloween masks, surgical masks, hockey masks, balaclavas or ski masks or anything else that impedes identification, outside of their specific work related uses, in a public setting. In private you can wear anything you want, in public it's an altogether different matter.

The ban on burkinis is silly and misguided. We have no business criminalizing fashion, even if we think that it makes a statement that is considered offensive. While it may offend the fashion sensibilities of some of France's mayors, the burkini does not pose a threat to public safety. The burqa, however, along with Halloween masks and any other article of clothing that impedes identification, does pose such a threat. For that reason, leave the burkini alone, but yes ban the burqa, Halloween masks and anything else that prevents the proper identification of its wearer.