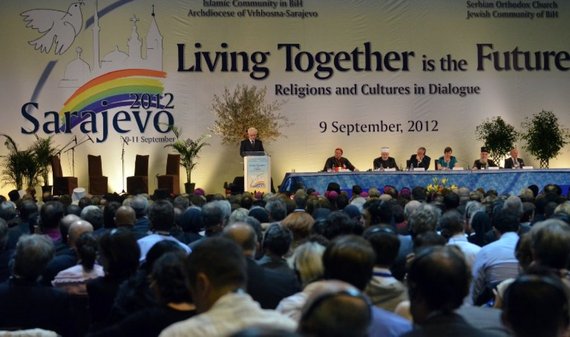 Bosnia's Muslim leadership answers without ambiguity. We have to worry more about those who would appoint themselves to defend God against presumed insult than those purportedly committing the offense. Besides the lack of humility in those who presume the authority to punish offenders with violence, there is also the possibility, indeed high probability, for authoritarianism to hide and act behind such rationalizations. Progressive Islamic societies have come to recognize the greater risk to them and to fellow Muslims as minorities in other states comes not from those who purportedly offend God but thus that rush to defend the Almighty with violence. The same analysis can be applied to non-monotheistic religions as well as Jews, Christians, etc. All we need to be reminded of is how the Inquisition or the burning at the stake was employed as a pretext by authoritarian rulers and proxies.

Bosnia's Islamic Community: "Freedom of Opinion, Freedom of Media .... Essential Conditions for the Progress of Mankind"

We can all debate what may be an insult to God, and undoubtedly some may be more qualified than me on this topic; but the Supreme can resolve the difference of opinions, that is if Believers are true to their belief of an Almighty. One more qualified by responsibility, education, and title is the Head of the Islamic Community of Bosnia & Herzegovina (BiH), Reis-ul-Ulema, Husein-ef Kavazovic:

On my behalf and on behalf of the Islamic Community in Bosnia and Herzegovina, I express my deepest condolences to the victims' families, the French people, leadership of the state of France and to you as well. I express my full solidarity with the French people and the government in the fight against terrorist violence and the suffering of innocent people and strongly condemn those who planned and carried out the terror and sow fear.

Freedom of opinion, freedom of media, and respect for human dignity are irrevocable values and essential conditions for the progress of mankind, which need to be protected and promoted everywhere. Freedom is the natural tendency of every man and therefore stronger than the fear and indestructible. Therefore, although there are individuals who abuse the freedom in order to impose non-freedom and religion to justify their acts of infidelity, nevertheless those selfish manipulators cannot destroy the value of freedom and nobility of genuine faith.

I hope that the killers and their supporters will as soon as possible be brought to justice and that the French society and the entire freedom-loving world will avoid the trap of stigmatization of innocent people and divisions, as these acts of violence tend to achieve.

BiH's Islamic community has already taken the lead in countering the hateful propaganda of ISIS and other such self-anointed defenders of God. (See: "Confronting ISIS: Is Rule of Law & Democracy Part of Coalition?") One Muslim Imam in BiH has been the victim of attempted assassination on several occasions. (Read: "Bosnian Imam Attacked 7 Times Over Call to Stay Out of Syria.")

The genocide attempted against BiH's Muslims has often been used by violent extremists as ISIS to rationalize their current violence against non-Muslims or those they project as offending Islam. The response, indeed the activism of BiH's Islamic leadership, many of whom suffered, lost family and friends and ultimately persevered the genocide is both a powerful retort to hate and should inspire all Muslims to dialogue and if appropriate a peaceful response to those who would insult and provoke.

Platform for Courage or Fear in Religion?

In view of the above, strange that an obscure self-described Imam has been given the most visible platforms, from USA Today to social media, to respond to the Charlie Hebdo killings: He wrote:

Why in this case did the French government allow the magazine "Charlie Hebdo" to continue to provoke Muslims, thereby placing the sanctity of its citizens at risk?... Muslims do not believe in the concept of freedom of expression, as their speech and actions are determined by divine revelation and not based on people's desires. Although Muslims may not agree about the idea of freedom of expression, even non-Muslims who espouse it say it comes with responsibilities. In an increasingly unstable and insecure world, the potential consequences of insulting the Messenger Muhammad are known to Muslims and non-Muslims alike.

The above expression of Islam is to most Muslims both narrow-minded and offensive. Of course such charlatans take it upon themselves to interpret "Divine Revelation" and accept no debate or dissent. The above apologist for terror spoke of "defending the honor" of the Prophet Mohamed, but Islam and the Prophet are most dishonored when they are misused for terror and hate or to promote authoritarianism. Bad policy or demands for conformism need to be challenged by Muslims and non-Muslims in order to further a more informed debate and thus more considered outcome.

Views as expressed above though have only given ammunition to haters in North America and Europe, as Marie Le Pen, who would not only close borders but shutter debate and free expression. Muslims, Christians, Jews, Hindus, Buddhists, agnostics, atheists, and etc. do not want to be silenced by militant religionists who would impose their versions of orthodoxy, in effect a new Inquisition with the Muslim identity becoming the first target. The citizens and particularly Muslims of BiH have learned this lesson from history being violently written over their cultural and religious institutions as well as the many killed and ethnically cleansed.

Obligation to Defend a Contrary View or Even Insult: 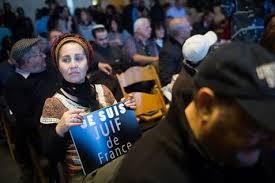 As an American, where also many Muslims are citizens and enjoy the fruits of a free(er) and more diverse society, I have to also take exception to authoritarian interpretations of religion, Islam or otherwise. "I disapprove of what you say, but I will defend to the death your right to say it" is the foundation of an open society accepting of citizens of different beliefs as well as political perspectives.

"Je suis Charlie" has become an expression of solidarity with the victims. I did not necessarily agree with the satire magazine's publication of the presumably insulting cartoons. Even as I'm not particularly religious or personally offended, there may have been in part an objective to offend as well as shock, something that prompted the French Government to discourage at least some publication. Satire walks the edge, but I would prefer governments not to be judges of insult and even instigation to violence. Basis for censorship must be a heavy burden. I see it as my duty to give others the opportunity to disagree with or even offend me. (The notion that something offends God or His Prophets is both presumptuous and subjective and is too frequently exploited by persons lacking humility and seeking authority.) The French, US, or other free-society governments may be cautious regarding the publication of provocative material, but their duty, largely properly addressed, including with respect to the Sony film The Interview is to defend the right to free expression and not judge content. A French policeman of Muslim identity, Ahmed Merabet, was one of those who died in the defense of this duty. (Read: "'The Interview' - Digital Diplomacy, a Battlefield or Marketplace of Ideas?")

The assault upon the Paris kosher shop is also something particularly felt by BiH citizens as well as many Americans. While BiH Muslims were targeted for genocide, the country's foundation of diversity was also under assault. In the US, difference and fear of the other are more frequently projected by "haters" who would undermine America's inclusive legacy and foster exclusion and fear. Tolerance and diversity are under assault as are freedom of expression.

I'm most proud of the many Bosnians, non-Muslim and Muslim, as well as the Islamic leadership (including the Preporod Islamic magazine) who came out in public gatherings to show solidarity and commitment with freedom of expression. BiH's Muslims are not the exception but reflect the broadest swathe of Islamic society globally. However, if any have had reason to despair betrayal or lose faith in diversity, most of BiH's citizens and especially the Islamic leadership have opted for openness and inclusion. The social media presence of these more established and younger Islamic scholars/students evidences activism and courage: @MirnesKovac @MuhamedJusic @HarisIslamcevic (there are also BiH women Islamic/scholars as well as secular journalists who have acted in similar solidarity, and the list grows too long for this blog.) Media, governments, and citizens in western societies sometimes ask where are the Muslims who speak out against terror; but critical to the answer is to provide the platform particularly for those who also espouse and embody freedom of expression.