Based on the shade being thrown at both Ghostbusters trailers recently, you would think that Bill Murray had been replaced by the devil himself. But because Melissa McCarthy was only possessed by the devil for a brief moment, that isn't what happened. The reasons justifying this universal dislike vary from person to person. Donald Trump, the beacon of all intolerance, openly disapproved of the all-female cast. 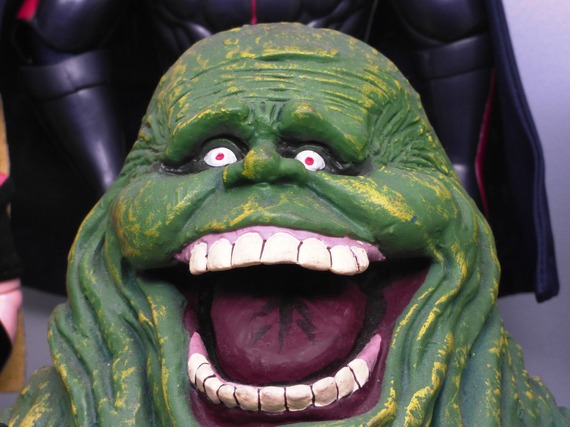 But most people railing against the trailers deny it has anything to do with gender. And maybe it doesn't. But it's odd that a movie trailer that isn't especially unfunny would become the most disliked YouTube trailer of all time. Of course, people care more because it's a remake of a classic movie, but plenty of great movies have been the basis of botched remakes, and none registered even close to Ghostbusters on the Richter Outrage Scale.

So does the outcry have to do with gender? If it does, the sexism isn't on a conscious level. I'd like to think that society has progressed enough that few people would decide they didn't like a movie because the cast is predominantly female. But the issue of the all-female cast could open up the discussion of passive sexism in society. The trailers could be hated because seeing women in roles that used to belong men, doing traditionally masculine things, like, say fighting ghosts, is off putting to viewers. It may give the trailer a bit of a forced feeling, because seeing women in those situations doesn't feel natural. As a result people are passively sexist, their reaction to the trailers may be different were it starring men, but they don't recognize their reaction as discriminatory.

Solving the issue of passive sexism in society is a complicated issue, but it's a bit simpler to solve in Hollywood. Keep putting women in roles that make people uncomfortable, until they don't anymore.