The purpose of the Big Island Community Coalition is to work towards reduced electrical energy costs on the Island of Hawaii - where we pay up to four times the national average for our power. We are particularly sensitive to electric power rates as very high rates serve essentially as a regressive tax on our population while greatly reducing the probability of generating jobs in any sector that is dependent on electricity.

There are occasions when events are so alarming that groups such as ours feel compelled to move beyond our primary task. This is such a time.

We have observed with increasing alarm as our community has taken steps that inexorably blunt the forward movement of our economy and even move us backwards. These include:

Anti-Geothermal activists encouraged County government to ban nighttime drilling, effectively stopping expansion of a major source of renewable and inexpensive electric power beyond already-existing permits.This action was taken despite the existing plant meeting all applicable noise standards. It appears that government officials took this action without first going to the site to verify that the noise was disruptive. Once they did go to the site, some years later, government found that the noise was less than other environmental sounds (i.e., coqui frogs) and essentially no more than typical background noise.

Anti-GMO activists lobbied to stop any new GMO products from being grown on the island - despite the fact that the vast majority of scientific, peer-reviewed studies found such products to be as safe, and in some cases more nutritious, as their non-GMO counterparts. Legislation even prohibited GMO flowers - not consumed by anyone - from being grown on the island. Thus family farmers lost the most effective new tools needed to reduce pesticide and herbicide usage while increasing productivity needed to keep their farms competitive.

Now we have anti-Thirty Meter Telescope (TMT) activists taking steps to stop construction of the most advanced telescope in the world. If successful in stopping TMT, despite its sponsors following every legal requirement over a seven-year period, we will lose our world leading advantage in understanding the universe.

Cultures that survive and thrive embrace new technologies carefully, thoughtfully and steadily. Cultures and economies that thrive are innovative because they generate ideas and solutions, solve problems and take calculated but careful risks.

Cultures that fall backwards are those that fear advancement, fear change and cling to a mythicized view of yesteryear. The net result is loss of their brightest and most hard working youth. Those youth that remain find fewer and fewer jobs - those jobs having greatly diminished economic value and lower wages. The downward spiral becomes inexorable. 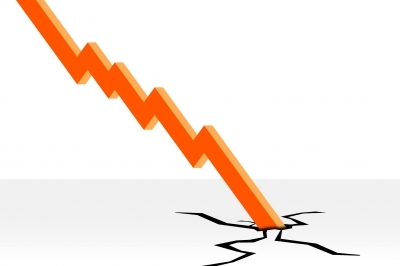 As we look to tomorrow, we need to ask ourselves whether we wish to give our children the exciting and invigorating job market typified by Silicon Valley or a job market that is much closer to the poorer regions of third world countries. It is up to us to point one way or another. Driving TMT out will be one more major step to cultural and economic poverty.

(Above image courtesy of Danilo Rizzuti at FreeDigitalPhotos.net)