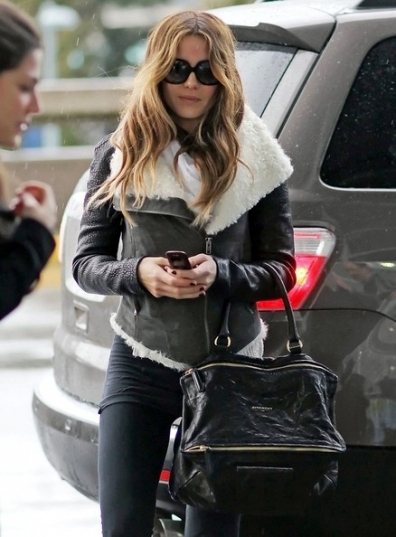 Hollywood stars, producers and writers are so worried by hacks at Sony and the compromise of "selfie" nude photos, many are saying they are going back to flip phones to protect themselves. But are flip phones safer than smartphones?

A flip phones is called a "feature phone" in the trade. It is not a "smart" phone, but it can do some of the things a smartphone can do. For example, a typical flip phones can receive email, SMS (text) messages, send photos, keep a calendar and use Bluetooth. The big difference is in the Operating System and the fact that Feature Phones typically don't use high speed data connections such as 3G or 4G or WiFi.

Feature phones also don't have operating systems like iPhone, Android or Windows, although some of them might have cut down versions of these systems. Mostly they have semi-programmable software sets that support the phone's functions.

But flip phones are certainly not "safer" than smartphones.

And SMS, email and pictures can be easily intercepted by government organizations as well as by hackers.

There is even pretty good spyware that can be installed on some flip phones.

What feature phones, or flips, generally don't have is much access to social media such as Facebook, which needs a data connection. Nor can you use programs like Skype. But you can access the Internet, although the connection is very slow.

If the Hollywood types can live without high quality photos and social media, maybe the flip phone will work for them. But it won't make them much more secure.

The truth is, there is neither much protection nor much future in flip phones, which is why they are increasingly losing market share.

The big problem for everyone is that as far as smartphones and flip phones are concerned is that we are living in the "wild West" in the sense that there are few security standards, lots of spaghetti code, too much foreign manufacturing and tampering, and a home government that exploits all these vulnerabilities meaning that our government is compromised and won't do much to help the average citizen, or even the above average citizen. This leaves American business at risk and it violates most of the freedoms we are supposed to enjoy. Folks in Hollywood are rightfully offended, but the big picture is even more challenging