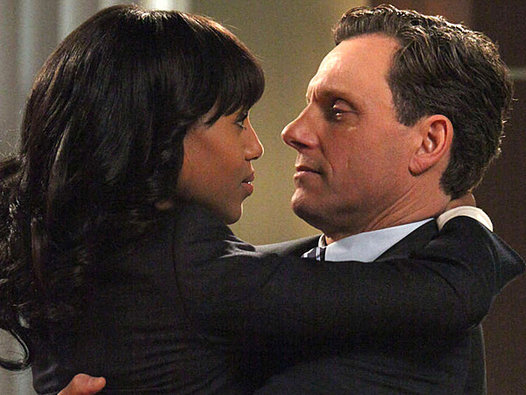 After much prodding from my friends, I finally caved in and watched an episode -- the final episode -- of the hit television series, Scandal. Although the show possesses all of the qualities of a great drama, I remain torn about one component of its juicy plotline: the intimate relationship between the show's main character, Olivia Pope, a high-powered black woman, and United States President Fitzgerald Grant, a white, married man.

Do not get me wrong. I am huge fan of Kerry Washington, who portrays Pope. The Phi Beta Kappa graduate of George Washington University is a smart, beautiful, and incredibly talented actress. By any measure, Washington is a fantastic role model. Additionally, in a world in which black writers and black actors still encounter great difficulty in finding and obtaining great opportunities Hollywood, I am buoyed by the fact that the writer for the hit series is a black woman, Shonda Rimes. Still, I am bothered by the relationship between Pope and President Grant and, more importantly, the secretive nature of that relationship.

My reaction to Scandal is, on one level, personal. As a black woman who has been married to my white husband for 17 years and, more so, been in a relationship with him for 22 years, I tend to cringe at depictions of interracial intimacy, particularly black-white intimacy, under morally unacceptable circumstances, such as adulterous affairs. As I explain in my book According to Our Hearts: Rhinelander v. Rhinelander and the Law of the Multiracial Family, black-white relationships, both historically and currently, are often framed as deviant. Recall the so-called Purity Test? For many, the test was and continues to be the foundation for many jokes about surprising revelations made in college dorms. Yet, too many individuals never bothered and still do not bother to question why sleeping with a person of another race brings down one's purity score by one full point.

In many instances, interracial relationships are portrayed not only as signs of impurity but also as the result of uncontrollable sexual lust. Indeed, Alice and Leonard Rhinelander, the real-life stars of a 1920s New York society interracial love drama (and part of the subject of my book), found themselves described by Leonard's lawyers in purely sexual terms. As Leonard's lawyers routinely intimated during the couple's forced annulment trial, what but for sex could have driven Leonard -- a descendant of the French Huguenots, an heir to millions, and once a fixture on the New York Social Register -- to fall in love with Alice, the chambermaid daughter of a "colored" taxi driver? Even popular movie titles, such as Spike Lee's Jungle Fever, hint at deviancy or sickness as the force behind interracial romance.

As the hit series Scandal continues to show us, despite the increasing rate of interracial marriage within the United States, interracial relationships are still frequently represented as dirty little secrets -- relationships to be hidden rather than shown with pride. Perhaps, one of my book's survey participants, Margaret, a black woman who is married to a white man, described my reaction to Scandal's interracial love story best when she said the following in response to one of my questions:

The socio-cultural history of enslavement in the United States makes the lives of black-white couples very different from those of other interracial couples. [For this reason,] I [am] very sensitive to the 'outness' of our relationship. I grew up knowing of black women who loved white men, but those white men were afraid to be seen with the black women they dated. So, as an intellectual, but also deeply spiritual matter I am concerned about love being out of the closet in relation to black women/white male relationships.

While some may view Scandal's primetime depiction of a relationship, even if secretive and adulterous, of an educated and powerful black woman with a white, male president of the United States as progress, for others, particularly for the individuals who have spoken to me -- often with great hurt -- about living this reality of underground love, it is simply another reminder of how far we as a society have to go before interracial love simply stops being scandalous.

Angela Onwuachi-Willig is the Charles and Marion Kierscht Professor at the University of Iowa College of Law. She is the author of the recently released book, According to Our Hearts: Rhinelander v. Rhinelander and the Law of the Multiracial Family (Yale University Press).