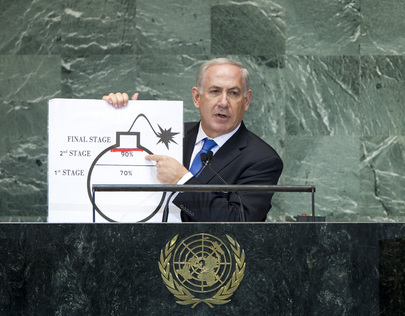 While the deal may still be unproven in curbing an Iranian nuclear bomb, will it prove more effective in bringing closer a new Iranian revolution or at least evolution? The greatest obstacle to a sustainable peace in the Middle East and a more open, inclusive and democratic society within Iran is an embedded leadership committed to confrontation as a means of justifying authoritarianism. It is evident that besides some in the U.S. Congress or the Netanyahu Government in Israel, the greatest critics of the current rapprochement between Iran and the West come from hardliners in Tehran who will be threatened by any warming wind in relationships. The risk for an increasingly nuclearized Middle East will persist, but the need to curb the potential for nuclear proliferation will require more rather than less diplomacy and a broader effort toward ramping down extreme forces and appeals to confrontation in the region, a current staple substitute for substantive leadership.

Curbing Appeal of Those Who Appeal to Confrontation:

After almost four decades of confrontation and sanctions, there has been little evidence of compelling change in Iran. Pressing Iran on what Tehran claims is a program devoted to a peaceful use of nuclear technology has forced even moderates to side with more reactionary rulers. Opponents of the theocratic regime within and outside the country overwhelmingly fear a military attack upon Iran, one with dubious effect on curbing the nuclear program but which would also give credence for the hardliners to rally the nation around their message and rule and brand dissidents as aligning with Western imperial powers as during the 1953 overthrow of a democratically elected Mossadegh Government. The best opportunity for change in Iran will come from within and by disarming authoritarian hardliners of their greatest reason for being, confrontation and appeal to patriotism.

Critics including Israeli PM Netanyahu and some in the U.S. Congress may also prove more accurate. As Netanyahu offered, this may not be as much as a "historic agreement as a historic mistake." However, this agreement could also be the start of a historic opportunity for change. Netanyahu warns of an Iranian leadership committed to the destruction of Israel. Israel though cannot indefinitely pin its defense on military preemption, superiority, and stereotypical appeals to the West that it should fear Israel's neighbors, Iranian and Arab. The change must be in the perceptions and attitudes toward Israel and its right to exist. Israeli's must be active participants in this rather than only point to the other side. The problem with Israeli settlements is that this also means expulsions of Palestinians from their homes and farms as well as an explicit or implicit strangulation of the "two-state solution." The Netanyahu coalition government has avoided the need to confront within its own ranks disparate ambitions for territory, absolute superiority and peace. The Iranian nuclear threat has allowed this coalition to conveniently deflect questions about its own priorities and policies, but now Netanyahu's strategy of avoidance and perhaps hold on power feels more tenuous. Iran may already have the technological know-how to develop a nuclear weapon and delivery, and this may translate into new leverage where some Israeli leaders who have become accustomed to a more unilateral approach to the Palestinian issue.

A Nuclear Middle East is More than a Health Risk?

Israel is not the only regional power that fears a nuclear Iran. If Iran goes nuclear, there is the real risk that other regional powers will follow, besides the current Israeli bomb. Smoking anywhere is bad for your health, but it can be explosive if a few people light up while working at a gasoline refinery. The best way to reduce risks is to encourage people to stop smoking and to reduce the hazards in the refinery. Change though may be met with similar consternation by Iran's Arab neighbors as well as Israel. Iran, with all its reserves of educated people, history and natural resources, cannot be eliminated as a regional aspirant and competitor. Rather, the smoldering coals of distrust and ambition need to be doused. Change and getting doused is something regional leaders view as putting into question their methodology of governing and legitimacy. However, for the sake of progress and peace, the Middle East will need to learn to swim rather than simply float comfortably numb to the reality of the new tides.

Denying Nutrition to the Staples of Confrontation?

Along with altering Israeli policies, there will also have to be a change in attitudes from its neighbors. The Syria conflict has not ended with various efforts at avoidance or confrontation. Tehran will have to be drafted as a direct participant in diplomacy and not left to add to the Assad Regime's ability to continue suppressing and fighting its own population indefinitely. The current "agreement" is only a six-month option to prove to each party their commitment to a more comprehensive diplomatic resolution. For Iran though it should also be judged by a change in rhetoric and substance toward the region as well as Israel, (besides compliance with the more technical elements of this interim "agreement"). Perhaps more indicative of change within Iran will be policies toward dissidents, minorities, and homosexuals. Part of convincing us that Iran is good to its word will be the ability of the new "moderate" political voices represented by President Rouhani and Foreign Minister Zarif to deliver change within Iran as well as policies on nuclear proliferation. Rouhani and Zarif may be the shoots of a new Iran revolution or at least evolution, but does it have substance as well as a fresh style? (See our article: "American Face to Iran Foreign Policy").

The Iranian hardliners who hurled shoes at Rouhani for his phone conversation with President Obama earlier this summer may have similar desires to PM Netanyahu or U.S. Congressional hardliners who are hurling sharp criticism upon the "agreement" and the EU and U.S. leaders including Secretary of State Kerry and UK FM William Hague. However, besides the status quo, which some have milked for their political appeal, after four decades few alternatives have been offered to resolve Syria or bring change within Iran or with lasting impact enhance Israel's position in the Middle East or simply ramp down the risk and destructive confrontation in the region. This embedded politics of confrontation has become a staple for weapons dealers to oil speculators, intolerant manifestations of religious zealots to terror.

This current deal may prove illusory, but then neither bombing of installations could indefinitely forestall an Iranian bomb, if Iran really wants one. Bombing Iran would only insure more of the same, from a perpetuating conflict in Syria to an ever more explosive Middle East. A new approach threatens established policies and those entrenched by them, especially if successful! If this deal does show roots though, it could uproot decades of failed confrontation policies and leadership. The next step could be substantive progress toward Israeli-Palestinian peace, marginalizing extremists, and securing a nuclear-weapon-free Middle East. 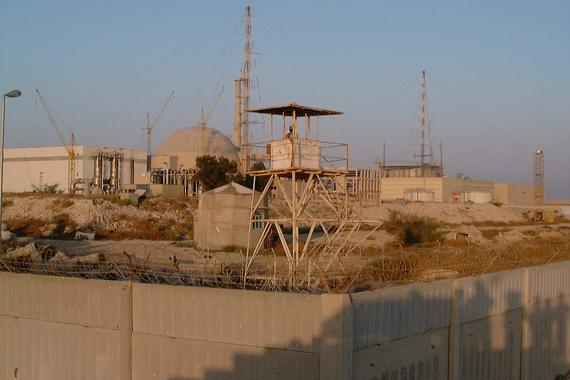