I'm listening to Barry Manilow, and it's no accident. In my ears, Barry -- who turned 69 today -- is belting out "Weekend in New England" with unabashed diva dedication. And I like it.

My name is Joel Schwartzberg. I'm 43, a husband, a dad, and a Barry Manilow fan.

In 1977, when I was 9, Barry Manilow -- born Barry Alan Pincus 34 years prior -- released Barry Manilow Live to the world, my mother included. She played that record and others so often I consider them the soundtrack to my childhood. 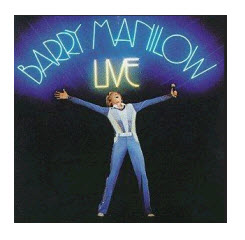 "Could It Be Magic"

"This One's For You"

When things get beaten into your head like that, you're going to either obsessively love them or obsessively want to kill them. But unlike those who consider Barry an easy pop culture punching bag, I have no malice. As I write this on a New Jersey commuter train home, the lush compositions complement the fall scenery whizzing by on the other side of the window. The music hits me softly, like my own memories.

Being so overexposed to Barry Manilow music means you'll pick up certain patterns. Like the unusual frequency with which Barry finds himself with one romantic partner, but pining for another. (Listen to "Looks Like We Made It" and "Even Now" again), and his disdain for fading out -- Barry Manilow songs almost always end on a single glory note.

In his stories, Barry's usually finding love, longing it, or losing it, and because they're not country songs, they sound authentic and humble. "I Write the Songs" may not fit that description, but Barry Manilow didn't write "I Write the Songs." Weird, I know.

Not everything from the guy my uncle referred to as Barry Cantaloupe is a gem. I'll always prefer obscure tracks like "A Linda Song," "Why Don't You See the Show Again," and "Ships" to ridiculous trifles like "Some Kind of Friend," "Jump Shout Boogie," and "Copacabana (At the Copa" -- the pop version of a Spanish soap opera.

And in case you presume I have a narrow musical appetite in the first place -- that my playlist is all Barry, Barbra, and Neil -- know, first, there's very little Neil. Know, second, that I also listen to Bjork, Kanye West, Mary J. Blige, Gotye, Elvis Costello, Aimee Mann, Adam Lambert, Bruce Springsteen, and for several weeks now, "Call Me Maybe." I may not always have taste, but I do have range.

With a memorable American Idol mentorship and a series of decade-themed pop covers, Barry saw resurgence in the early part of the 21st century. I'm not a big fan of '50s, '60s, or '80s music -- whether sung by Barry Manilow, Frank Sinatra, or Duran Duran -- but when Manilow connects with a classic '70s song, it's a spot-on marriage of singer and sentiment. Connoisseurs (namely, me) note that Barry's first anthology of '70s hits, 1996's Summer of '78 is a stronger set than 2007's The Greatest Hits of the 70's. Who doesn't want to hear Barry Manilow singing Bob Seger, Firefall, and Paul Davis?

While Barry was as much a superstar as Beyoncé is now, there's something decidedly un-manly about being a modern male Manilow fan. Admitting it earns me a confused look and a giggle, as if Barry's name was Engelbert Humperdinck, or if I was talking about Clay Aiken. Yet there's no embarrassment endowing musical crowns on the marginally-talented likes of Landau Eugene Murphy, Jr. (2011 winner, America's Got Talent) Lee DeWyze (2010 winner, American Idol), Jennifer Lopez, Rihanna, and Ke$ha.

Would I go to a Barry Manilow concert, sit amidst gaggles of screaming moms and their own mothers, waiting in anticipation for the opening whistles of "Can't Smile Without You" or the Chopin-inspired starting notes of "Could it Be Magic"?

Even now, I'm hiding my laptop screen from the passenger on my left.

But no matter how many times he attempts reinvention -- musically, sartorially, or surgically -- Barry Manilow will always be, for me, the guy in the sequined blue jumpsuit with outstretched arms on the LP cover of Barry Manilow Live. He's like a family member who went out, did good, and now only comes home in my iPod.

Yes, friends, I'm a Barry Manilow fan; I listen with pride, with pleasure... and with headphones.

Joel Schwartzberg is a nationally-published personal essayist and author of the award-winning collection The 40-Year-Old Version.