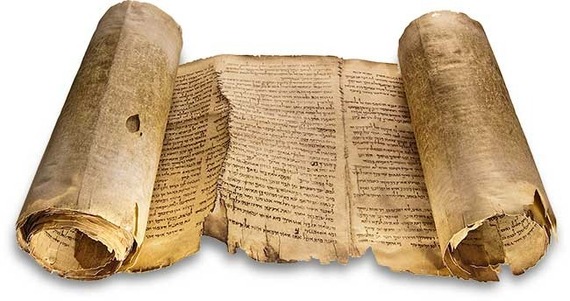 In a recent article, I referred frequently to the "Old Testament." Someone immediately wrote and asked why I was using that "offensive" phrase.

"Old Testament," he said, "implies that a New Testament supersedes and surpasses it."

Some research revealed my reader is not alone in his thinking. The respected rabbi James Rudin has written, "I abhor the term Old Testament," because it suggests "Judaism has been replaced by Christianity and that the New Testament is superior to the Old Testament."

Is he right? Is "Old Testament" an abhorrent and offensive phrase? I don't think so. The phrase "Old Testament" is not ideal. Yet, it is better than any of the alternatives.

These alternatives include "Jewish Bible." This phrase acknowledges the Jewish origins of the Old Testament, yet it also implies that it is primarily for Jews. It is also a part of Christian scripture. Jews do not have a monopoly on it.

Furthermore, the word "Jewish" does not exist in the Old Testament. "Jewish" as an adjective attached to texts and people does not emerge until thousands of years later.

What About Hebrew Bible?

The phrase "Hebrew Bible" is another alternative. It is a little better because it accurately describes the language in which the Old Testament was written. (Learn about the most interesting word

in the Hebrew Bible.) It also conveys a neutrality on the text's religious significance, which is helpful when used in scholarly settings.

Yet, these very strengths also contain a weaknesses. Yes, the Hebrew Bible was written in Hebrew, but most Jews and Christians do not read or study it in Hebrew. Most experience it in their native language. The phrase Hebrew Bible can turn people away from the text, which is the opposite of what I and most spiritual leaders want.

Using the word "Bible" in the formal title also presents problems. The word Bible derives from Latin biblia, which means "book," and the Greek biblian, which means "paper or scroll." It likely came into usage in the Middle Ages.

Yet, the Old Testament began as an oral tradition. Its words were chanted in the synagogue. They were memorized by students. It was only written down after about 1,000 years of oral transmission.

Thus, the word Bible thus mischaracterizes the nature of the Old Testament. It is like describing a novel as a book of poetry.

Now perhaps the most ideal name is Tanach. It is a Hebrew acronym standing for the three words Torah, Neviim, and Ketuvim, which mean "Torah," "Prophets" and "Writings." These are the names the Jewish sages gave to the three major sections of the Old Testament.

This phrase, however, is obscure. I did not know the word Tanach until I entered rabbinical school. It is unrealistic to think its usage could become widespread.

How Important Is a Name?

To use the phrase Old Testament is not to imply that its words are outdated and incomplete. "Old" also conveys respect and wisdom. It is also accurate in that in terms of sacred literature, the Old Testament is indeed old.

Winston Churchill once said democracy is the worst form of government except for all the others. The phrase "Old Testament" is not ideal, but it beats all the others. Rather than debate its name, we will learn and grow when we enter into and study its words.

One interesting word to study is the Hebrew word for face. Discover its profound meaning here.