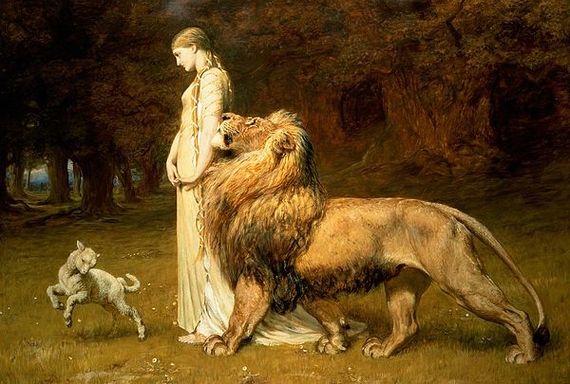 With the advent of the Internet, we are constantly bombarded with tons of the information. Nowadays we can find information on any topic we are interested in. Typing something in Google, we aren't even surprised to find a lot of articles, essays, critical reviews, forums on a particular topic. Nowadays, one can find suggestions on how to take care of one's hair, nails, about poor digestion and what to do about it, about art and design, home décor, advice for people who are new to a certain industry, etc. And so, it might be quite easy to get lost among so much information; and when you are a writer, designer, photographer, at some point you might come up with the question: How can I produce something unique? And is this really possible in today's world when the news is spreading with the speed of light? We even got used to reading immediately about some events that had happened far away from us; and a minute after we are able to view the pictures of the event, read different opinions about it, expressed by professional journalists or random victims of the event. And so, even the line between professionalism and amateurism gets blurred.

"Good artists copy, great artists steal," said Pablo Picasso once. We can only guess what he meant by this, but if we look beyond the directness of the quote, it becomes obvious that the uniqueness doesn't come out of anywhere, - there are always some things that had been created before and thought over by different people. In the long run, we are all human beings, and we share the same emotions, might ask themselves the same questions and might even come to the same conclusion while not knowing each other and belonging to a different culture. We can even 'steal' ideas without knowing that we are stealing something. It's more about using the same symbols to express this or that idea. And the humanity is loaded with the symbols that had acquired symbolic meaning throughout the history. For example, it's common to use the red color to express danger or warning, - and it's used in a lot of cultures. The owl has become the symbol of wisdom, and such a symbol (with different variations) can be used in various cultures. And so, if I use an owl as a symbol in my artistic creation, does it mean that I am stealing it from somebody? And, as an artist, how can I speak to my audience? Should I come up with some unique symbols? Will they be understood by other people? These are the questions that are difficult to answer, because, as I see it, uniqueness is something that comes from your own experience, educational and cultural background, but that doesn't mean that somebody else can't use the same symbols to talk about the same things. But such symbols will be loaded with different connotations, as, for me, uniqueness is all about subjective interpretation and individual experience.

I do believe that it's still possible to create unique things in the contemporary world, and the usage of the same symbols by different people doesn't mean 'stealing,' but an attempt to use the universal language in one's own way. But when it comes to the legislation and proprietorship, the things might get even more complicated. For example, recently, Lonsdale Sports Ltd, a UK based company, filed a petition against Make in India trademark on the basis of the usage of the similar lion logo. The logos look similar as they both incorporate the symbol of the lion, yet they do not copy each other and do have some distinctions. Ultimately, the symbol of the lion isn't unique; it's loaded with so many metaphors in different cultures, and it's an international symbol of strength, authority, power. And so, if one company uses such a symbol as its logo, does it automatically mean that all other companies shouldn't use it? And if yes, why? It's the same if somebody writes about mountains, take the pictures of them, - does it mean that no one else could write about them or take pictures, which in a way might look similar? I don't think so. It would be interesting to follow the dispute regarding the lion logo and see how it ends, as it will, probably, open up the new discussions on how such things should be resolved. Meantime, I think, we should continue creating and finding our own unique voice, which is still possible in our information overloaded society, as no matter what, each experience is unique, and everyone's interpretation of the same symbol will be still different and distinctive.