This has been a week of surreal insights. While struggling to wake up one morning, I learned that the best time and place to suffer a malware attack is in your dreams. Later that day, my neighbor showed me the bullet hole in her front window that resulted from some teenagers shooting 28 rounds while joyriding along a two-block stretch of 18th Street at 1:30 a.m.

As part of a New Year's resolution to start using my recumbent exercycle again, I bought myself several seasons of Family Guy DVDs and discovered, to my utter delight, that Seth MacFarlane's writing was much snarkier in the show's first season than I had remembered. Consider the laugh-out-loud moment when Brian pulls up a chair to listen to one of Peter Griffin's rambling, nonsensical alibis and says: "Bravo, Peter. You're the Spaulding Gray of crap!"

Having finally retired from the field of medical transcription, I've begun digitizing many of the pictures resting in my family's photo albums (some of which date back as far as 1919). One shot, taken in the fall of 1972 (shortly after my arrival in San Francisco), reminded me of the day I was hit with the sad truth about San Francisco's lingering culture clash in the years after hippiedom's heyday.

As I applied for work at a temp agency specializing in office jobs, I was told to "Dress conservative, act conservative, and remember: Power to the people!" It's a good thing I didn't show my employment counselor this picture! 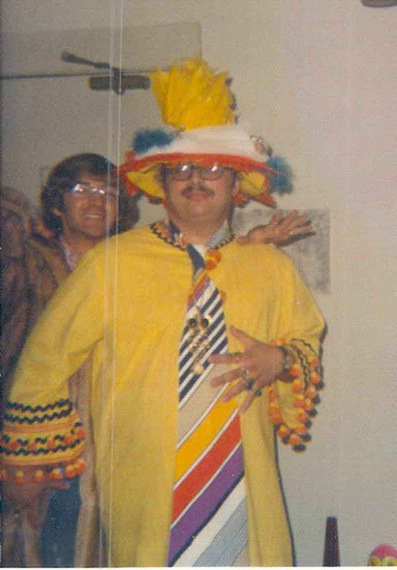 Heading out for an evening of fun in San Francisco, Fall 1972

The recent death of David Bowie (a multi-talented, bisexual artist who had a profound impact on fashion and costume design throughout his impressive career) reminds one of the inspirational value to be found in flamboyance and performance art. As Mel Brooks would say: "If you got it, flaunt it! 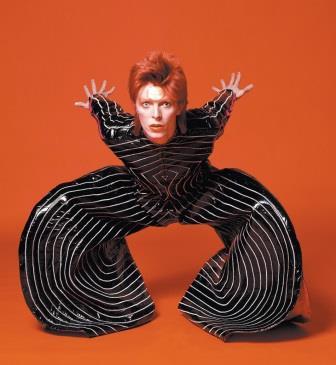 That special, over-the-top kind of dedication to one's art was wildly on display in two recently-viewed films that were made 90 years apart. One was from the heyday of the silent film era (starring one of cinema's greatest matinée idols); the other featured two internationally-famous tango dancers looking back on careers that brought them much more professional than personal satisfaction.

From such popular pirate-themed films as The Sea Hawk (1940), Long John Silver (1954), and Yellowbeard (1983) to the infamous Pirates of the Caribbean franchise, it should surprise no one that the popularity of pirate costumes and pirate customs inspired the creation of International Talk Like a Pirate Day in 1995. And, in all honesty, who could resist a pirate comedy sketch like this one?

These days, few people spend their time wondering what pirate-themed movies were like back when no one could be heard shouting words like "Avast" "Matey" and "Aaargh!" 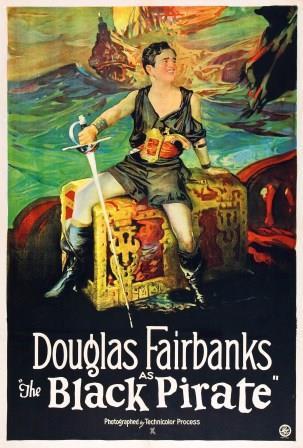 Poster art for The Black Pirate

In December, the San Francisco Silent Film Festival launched its special event entitled A Day of Silents with a screening of 1926's The Black Pirate, starring Douglas Fairbanks as a nobleman intent on avenging his father's death by disguising himself as a pirate. As Fairbanks biographer Jeffrey Vance wrote in his program note:

"Fairbanks is resplendent as the bold buccaneer and buoyed by a production brimming with rip-roaring adventure and spiced with exceptional stunts and swordplay, including the celebrated 'sliding down the sails' sequence, arguably the most famous set piece of the entire Fairbanks treasure chest."

In a city whose annual calendar is filled with all kinds of film festivals, it's rare to encounter a credit claiming that a film is being "co-presented by the California Film Institute and the 826 Valencia Pirate Supply Store." But that was part of the charm of the event. Directed by Albert Parker and shot in Two-Color Technicolor, The Black Pirate includes many stereotypical portrayals of pirates as crude, disfigured illiterates who are all too willing to let the mysterious Black Pirate show them what can be accomplished with brains.

Whether swinging through the air on a rope or brandishing a sword, the athletic Fairbanks cuts a powerful figure onscreen without any need for steroids or CGI enhancements to bolster his image. His romantic scenes with Billie Dove's Princess Isobel are corny and coy, yet exquisitely cinematic.

Parker made good use of supporting actors Anders Randolf as the Pirate Captain, Sam De Grasse as the Pirate Lieutenant, Donald Crisp as MacTavish, and Charles Stevens (one of Geronimo's grandchildren) as the Powder Man. However, there was never any doubt that the entire film (which packs a tremendous amount of action into 94 minutes) was carefully tailored as a showcase for the acting and athletic skills of Douglas Fairbanks.

Following a brief introduction by Tracey Goessel (the author of The First King of Hollywood: The Life of Douglas Fairbanks), the screening was given a rousing accompaniment by the Alloy Orchestra. Here's the trailer:

A fascinating documentary screened at the 2016 Berlin and Beyond Film Festival is German Kral's poignant Our Last Tango, which looks back on the careers of internationally renowned tango stars María Nieves Rego (81) and Juan Carlos Copes (84), who met in Buenos Aires when they were 14 and 17 years old. During the course of a professional partnership that lasted for nearly 50 years they starred in 1985's Tango Argentino on Broadway. 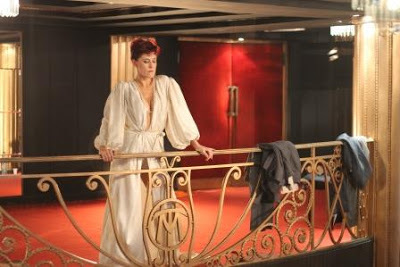 While their intense passions for each other ran a deep and stormy course over the years they performed together in public, their personal feelings were always overshadowed by their passion for the tango itself. Although Juan was a vain klutz when they first met, he projected the kind of masculine charm that made women swoon. Less sure of herself (but with better musical instincts), Maria quickly sensed the potential to gain a lifestyle for herself that her older sister could not envision. 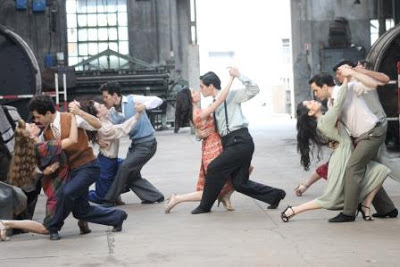 Dancers from Buenos Aires rehearsing in Our Last Tango

There were problems, of course.

As they head into their final years (Juan still teaches tango to younger dancers), they get to discuss the highs and lows of their personal and professional lives within a curious cinematic framework. Maria is acting as a consultant to a group of young dancers and choreographers specializing in tango who are trying to recreate the "Copes" style that Juan created and made famous. 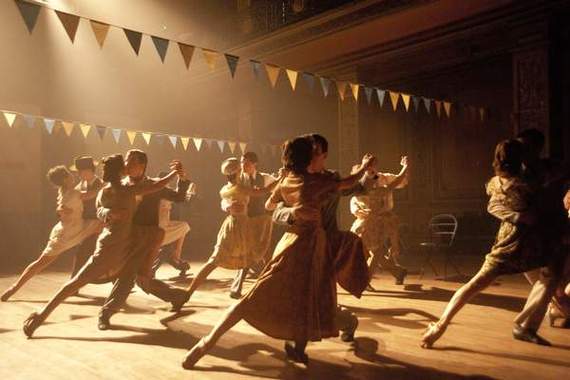 A rehearsal scene from Our Last Tango

As she discusses her career with younger women, Maria explains why (especially for a dancer) there are prime years for bearing children, stressing that, in the long run, raising a family is more important than a career. Having fallen in and out of love with Juan, she is adamant that a woman should treat a man as a disposable item who can be used, abandoned, and replaced with another. 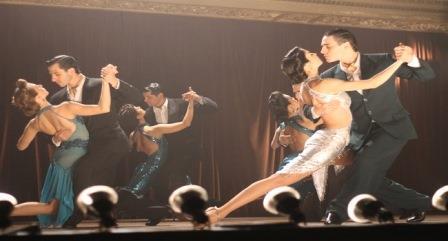 A performance scene from Our Last Tango

Kral slyly mixes archival footage of Juan and Maria in their prime with choreographed rehearsals and performances by the young dancers (some of whom are impersonating Juan and Maria) and interviews with the film's aging protagonists. Underlying it all is a great score filled with tango music. Here's the trailer: