Is it wrong to love and desire money? Does loving money make you a less spiritual person?

I used to think so... until an evening in an auditorium changed everything.

It started with a speech that initially shocked and offended me

I'd been studying transformational principles of success since 1971, and one of my most pivotal learning experiences came very soon after I'd started.

That year, I traveled across the country to listen to a man speak.

He was highly successful, to the point where he was filling Lincoln Hall every week in New York City, while teaching people how to transform their lives.

On the Saturday morning when his speech was scheduled, I got in line early. I thought I would be one of the first ones there, but the 3,000-person auditorium was already packed 1,000 people deep.

This man was well known, and many people really wanted to hear him.

I was shocked and disappointed. Inside, I was thinking, "I can't believe I came all this way to listen to this man. He's not even spiritual."

I felt repulsion, judgment and criticism toward him, and the feeling only got stronger when he brought the wad of money to his lips and kissed it.

Then he put the money back in his wallet, looked at the crowd, and said:

I wondered how he'd gotten in my head and read my mind so well! Then he continued...

"Let me suggest something to you. If, instead of doing what I just did, I walked out on the stage, you gave me the standing ovation, and I was holding the hand of a darling little five-year-old boy.

"Then, I picked up my five-year-old and held him out to you and said, 'This, this is my grandson,' and I brought him close and said, 'I just love my grandson.' I bet not one of you would have felt repulsed. 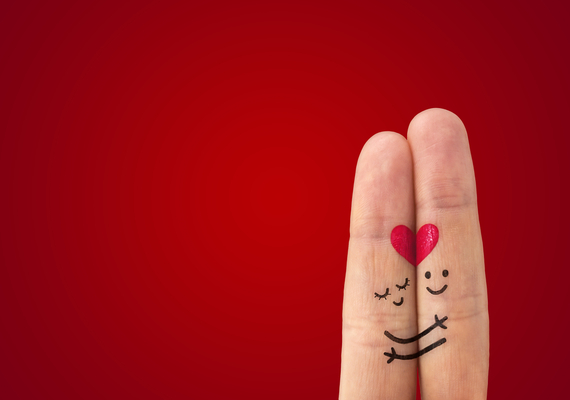 Finally, I was able to enter and find my seat. My notepad was out, and I was ready to take notes.

The teacher, a white-haired man in his early 80s, walked onto the stage while we gave him a standing ovation. He was a handsome fellow, dressed in a double-breasted three-piece suit, and his face had the look of someone who lived in peace inside himself.

Once he was on the stage, the speaker looked all around the audience, and then he did something I would never have expected.

He reached into his pocket, took out his wallet, and then took out a large wad of bills that was inside.

He then fanned the bills out, and held them up to the audience. 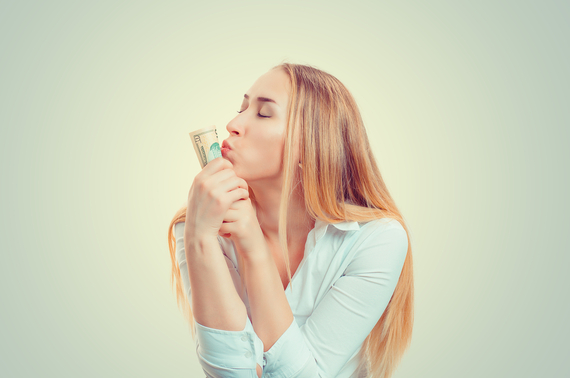 "You wouldn't have felt any revulsion, criticism or judgment, because you've been trained, and you've been HIGHLY trained, that it's okay to love a grandchild, but it is not okay, or even spiritual, to love the symbol of your freedom."

"Money is a symbol for your ability to translate your infinite nature into finite results, to be able to go where you want to go and do what you want to do, have what you want to have and give to the causes that matter to you. To give and bring forth the things that you would love to bring into this world.

Money is a symbol for the freedom that the spirit in you wants," he explained, then continued on from there.

"I want to tell you something...

"Money heard you. Why would it ever come where it's not loved?"

But this couldn't be further from the truth!

Money is what enables you to be comfortable enough, so you can be creative enough, to really give the gift of you, the gift that's in you, which is as unique as your thumbprint, to the world.

Since experiencing this man's speech decades ago, my relationship with money has never been the same. I've since created several multi-million dollar businesses in order to make even larger impact in the world, and I ongoingly give to causes that I feel passionate about.

The truth is, you can enjoy financial prosperity AND be a deeply spiritual person!

It all begins with your belief system, what you choose to believe about money, and whether you make it welcome in your life.

And now, here's a question for you...

What do you believe when it comes to money and spirituality?

Do you believe you can still be a spiritual person, and love the resources and freedom that you can attain through having money?

Share your thoughts with me in the comments below. I'd love to hear from you!