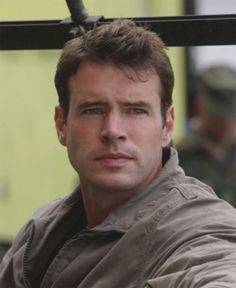 Last week Scandal fans saw one of Poppa Pope's assassins stab Jake Ballard in the gut a handful of times and leave him bleeding out on the floor of Olivia's empty office. The moment had deep irony, because Olivia's father is very good at fixing her up with bad boys; she's currently sleeping with the guy who killed Jake -- maybe.

The teaser for last nightt's show had Jake's bloody body on the conference table and Quinn screaming "Jake is dead!" I'm a mystery author and reviewer, so I instantly thought: "No frackin' way. He's alive."

On Twitter and Facebook, Scandal fans went wild with shock and disbelief, especially because Shonda Rhimes loves to play mind games with her fans via the way previews are edited (one made it sound like Jake wanted to kill Olivia), and because of this from Inquisitr:

Late last Thursday night, the ABC press site had several photos for an upcoming episode showing Jake injured, covered in bandages, laying in Olivia's bed, recuperating. Olivia was with him in one of the shots. As most would expect, by Friday morning, those photos had been removed from the press site.

I was one of the doubters. I know things looked terminal for Jake, but he's survived torture and worse, and the show's always been built on shocking surprises. What could be more surprising than his living through a savage attack like that--for people who don't read or write mysteries, that is? And the assassin didn't stab him in the head or heart and didn't deal an explicit death blow. Which is what Huck said as soon as he inspected the body while Quinn was all hysterical. 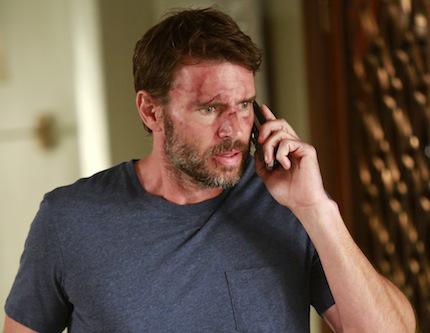 Yes, Scott Foley, who plays Jake, said he wasleaving the show. Why wouldn't he go along with the ruse for the PR? It was perfect misdirection, a mini-version of "Paul is dead." It worked. For some people.

Last week I advised Liv to pray, but of course we all know that even though she might seem outfoxed by her Poppa, she's a lot like him. So that ending was classic. 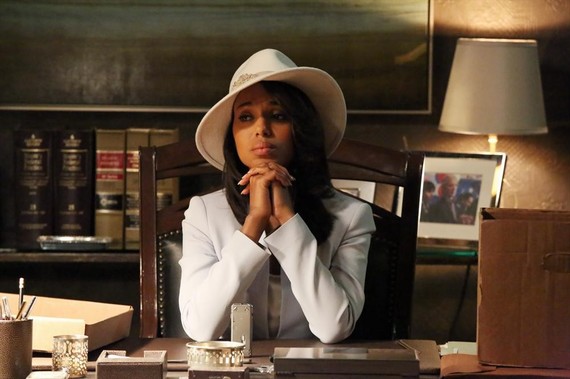 Lev Raphael is the author of 25 books in genres from memoir to suspense and was the crime fiction reviewer for The Detroit Free Press for almost a decade. His best known mystery is The Edith Wharton Murders.