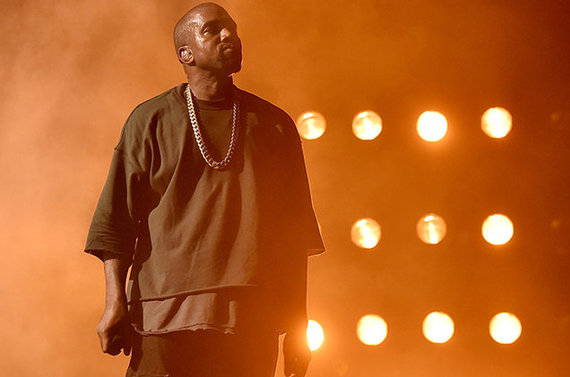 If you followed the Twitter "beef" (I'm from the Pac and Biggie era so I use that word loosely) between Wiz Khalifa and Kanye West then you were probably left with the some of the same questions and feelings I had. Your questions probably started around the time Yeezy tweeted this:

Based on the world according to Kanye, I'm sure you started wondering if this logic suggests that baby North "belongs" to Ray J? And if so does Ray get a Father's Day Card? I don't know. I couldn't really dissect that because somewhere in between 8th of all and 17th of all, my thought pattern was disrupted by a much bigger question. Is Kanye West now a certified Lame?

We called an emergency Black folks forum last night to try and decide this. Unfortunately we ran out of time. Even though the meeting was about Kanye we remembered we had other pressing decisions to make....like deciding that Stacey Dash's new name is now either 'that Crazy Lady or #WhoIsStacyDash. Great call on that one Gabby. Back to the question at hand. Is he or isn't he? Sway may not have the answers...but I think I do.

Here is a list of the some of the standard Lame dude traits. Let's see if Ray Js baby's step dad qualifies:
(1) Drag your ex PUBLICALLY and often after a break up? True
(2) You only " pop off" when the other person is a woman. A Lame only has beef with women. They never see him in ANY altercation with another man. Where does Kanye weigh on this one? False. Actually one of Kanye's fist beef was very public ...and with a powerful man. "George Bush doesn't care about Black people" were his exact word.
(3) ALL roads lead back to your ex...in a negative way. Random person: "Hey man take your umbrella cause it's about to rain. Lame: I hate rain. It reminds me of my ex. She's a stripper and Ninjas always making it rain on her. She aint shit". Mr. West, sir you actually have this trait.
(4) So completely self- centered that you couldn't imagine that the world does not revolve around you. Ummmm. Absolutely TRUE.
(5) When engaged in a disagreement this person will say anything to be offensive. Even if this means going as low as stating a child is a symbol of regret! That's Lame dude champ status right there. And Mr. West achieved it. Check
(6) Not only is he completely misogynistic, but he makes up rules based on his misogyny and changes them when they suit him. In the world according to Kanye, Amber Rose is often reduced to just a stripper. Which I'm sure when he uses it, he is attempting to throw the ultimate shade. Presumably because she took off her clothes in exchange for money. So she's not allowed to get pregnant by a man she loves. When she has a baby she "trapped "a man. Meanwhile, on the other side of the flat world, His WIFE, who we know because she also takes off her clothes in exchange for money is ...nevermind. You see where this is going. Let's just say Check and move along
(7) When somebody gets in his ass he ain't got sh--t to say. Pun Intended. And that would be true for Kanye.

So Mr. West scored a resounding 6 out of 7. It's official... he is a Lame. But don't feel too sad for him. He's not alone. He has an entire lame dude hive. Somewhere in the world of Twitter they are using their 140 characters to explain how all feminist (cause they can't be bothered to make the world plural...it disrupts their creative process) hate men. Or maybe they are somewhere cursing out a woman who turned them down for a date. I don't know. What I do know for sure it that Mr. West is officially among them....and he made it all cool for them to where tight pants.