Memo to President Barack Obama from your powerful friends in Hollywood: You are the president of the United States, clothed in immense power.

That, at least, seems to be the message of Lincoln, Steven Spielberg's surprisingly riveting examination of the 16th president's campaign to persuade that unruly collection of hicks, fanatics and thieves known as the House of Representatives to pass a Constitutional amendment abolishing slavery. Lincoln's Republican party outnumbered their Democratic rivals, but Constitutional Amendments require a two-thirds majority. So the challenge was to keep the Republican caucus in line and pick off about 20 votes from the other side. And so the arm-twisting began.

If that sounds familiar, it should. It's reasonable to think that this film -- with a gorgeous but unabashedly process-oriented script by Angels in America author Tony Kushner -- couldn't and wouldn't have been made at any other time. The defining feature of the past four years has been gridlock between the executive and legislative branches, and Lincoln speaks to that as no other popular entertainment has.

On the one hand, it reassures audiences that a country which may appear to be headed to hell in a hand basket has, for better or worse, always been like this. We may lament the rise of ultra-partisanship, but there is a long tradition of incivility in Congress, and at least our red and blue states aren't locked in mortal combat.

On the other, Spielberg's film rejects the excuse that great things cannot be accomplished in such an environment. Everyone around Lincoln warns him that he will squander his precious political capital by pursuing a doomed abolition amendment, but he has one eye on history and the other on the clock. It's the winter of 1864. He has just been reelected -- and 63 House Democrats have not, making them lame ducks, susceptible to offers of patronage posts in exchange for a "yes" vote on the amendment. Meanwhile, millions of Northern whites oppose slavery, but only because Lincoln has told them that abolition is a precondition to ending the war. With the Confederacy starved for funds and manpower, and eager to surrender on terms that will keep slavery legal, Lincoln knows that he must act fast if he hopes to cure the nation of this moral stain.

Before I saw it, I thought Dreamworks and Fox were being over-cautious by waiting until after the election to release Lincoln, but in fact the timing makes perfect sense (though our experience of watching it would be far different if Mitt Romney had won). The tall folksy lawyer who just won reelection last week must, like Lincoln, choose whether to play it safe or vie to make history on a range of issues, including climate change, the drug war and gay marriage (which, incidentally, happens to be a cause embraced by Dreamworks co-founder David Geffen).

Courage and imagination, of course, aren't enough. At one point in the film, Lincoln's wife, Mary (Sally Field), tells him to stop hiding behind his Secretary of State and start getting his own hands dirty in the effort to secure enough votes for the amendment. In fact, Lincoln delivers his line about being clothed in immense power in exactly this context: I'm the president, he shouts at his advisers, and I want those damned votes!

It's a scene with special resonance for Obama watchers. The 44th president has been accused of maintaining too much distance between himself and the squabbling brats in Congress. Even during the effort to pass health care reform -- a huge legislative victory if ever there were one --- he was mostly content to let his chief of staff, Rahm Emanuel, handle the knocking of heads. Perhaps the sight of Abraham Lincoln himself ducking into a garrett to check on the greasy bribe artists in charge of flipping lame-duck Democrats will persuade Obama that he would not tarnish his image too badly by occasionally applying an L.B.J.-style shoulder pinch to a Tea Party Republican or two.

Lincoln may be a large-scale liberal fantasy of what Obama could accomplish if only he were (even) more Lincoln-esque, but it also has a message for the left-wing peanut gallery. In a wonderful speech to Tommy Lee Jones as the radical Representative Thaddeus Stevens, Daniel Day-Lewis' Lincoln explains that a compass can tell you true north, but it can't tell you a thing about the obstacles that stand between you and your destination. If you head true north and get stuck in a swamp, you've done no one any good. The message to Stevens, who is impatient not just for abolition but for punitive reparations against white Americans, is one that many Netroots bloggers would do well to remember: politics is the art of the achievable, and one mustn't make moral purity the enemy of progress.

I can only assume Obama will watch this movie, and I suspect he'll have a few points of his own to make. Again and again, Lincoln listens to criticism from his advisers -- and then sweeps it away. At the end of the day, these are his decisions to make. The film does a fine job of portraying just what a heavy burden that can be -- imagine carrying the weight of 600,000 lives on your conscience -- and it's obviously something no journalist, screenwriter, director or actor can truly comprehend. Then there's the fact that Lincoln, at least in this telling, is mostly left alone to do what he's been elected to do: lead the country. There are no press conferences or fund-raising calls. He isn't answerable to a 24-hour media cycle.

We can't turn back the clock and return to a simpler age, but we can remind ourselves that, even on the national stage, individuals do have the power to make real, lasting change -- change that will resonate for generations and generations. Maybe even for all time. According to Lincoln, the 13th Amendment -- something most Americans view as a singular national accomplishment, one we can all take pride in -- happened because one man of extraordinary vision and influence swam hard upstream to seize an opportunity that probably wouldn't have come again.

If there's one overriding message, then, for today's president, it's this: It's your office. It's your country. Do something to make us -- and our children, and their children's children -- proud, even if we don't deserve it.

Is 'Lincoln' A Memo To Obama From Liberal Hollywood?
'Lincoln' Premiere Photos 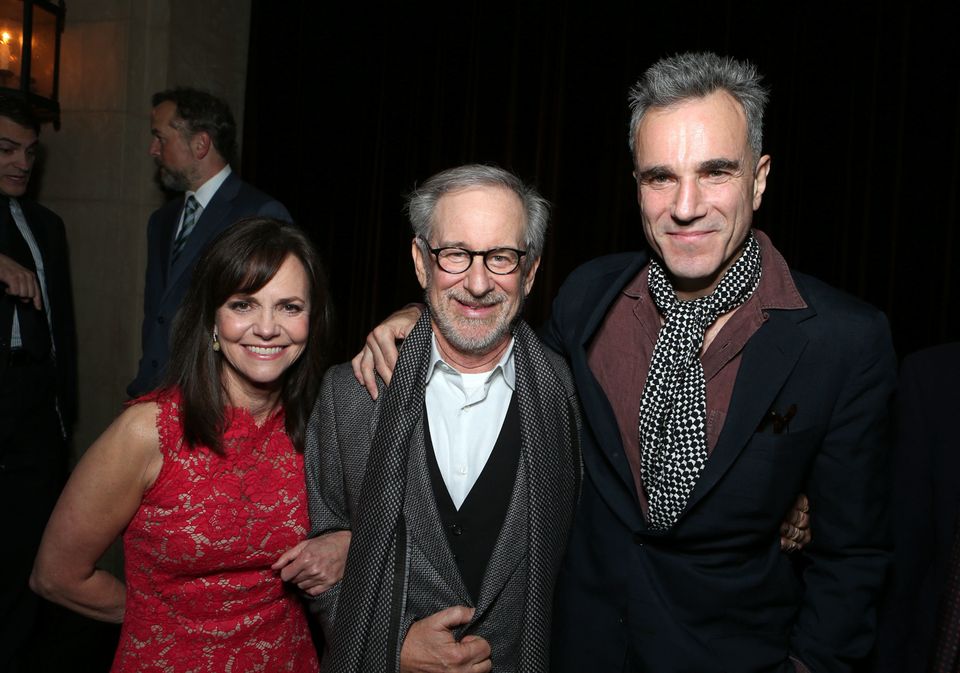