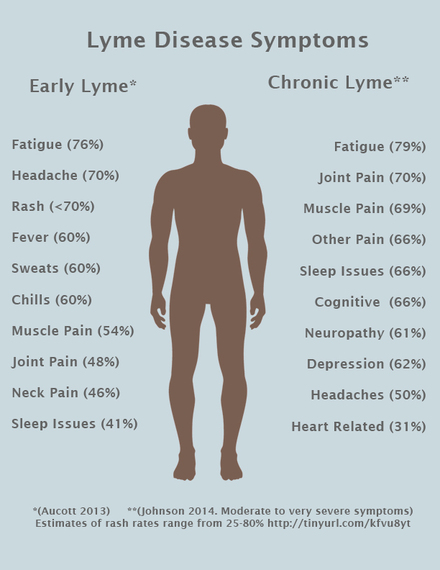 Note: This is the third and final entry in a series about how my life has been devastated by Lyme disease.

With the advent of PrEP and effective medical interventions for HIV, I am truly disturbed that gay men -- first, younger generations, but increasingly people my age who lived through the plague of AIDS -- increasingly are rejecting the use of condoms and feeling invulnerable to potential sexually transmitted infections. Although the CDC claims absolutely that Lyme disease cannot be transmitted sexually, objective scientific research and anecdotes of those whose partners have Lyme argue otherwise.

You do not want Lyme disease. It will change your life for the worse, not only by potentially disabling you at too young an age, but by rendering you an untouchable to many primary care physicians who at this time fear persecution by the medical establishment.

While the jury is out on many facets of Lyme disease -- except for those of us who live with it and know the reality -- I still feel the shockwaves of the AIDS crisis in my DNA, and as my body continues to experience symptoms few people would believe unless they lived them, from bartonella rashes that masquerade as all-over stretch marks (I have scores all over my body, and have never had a waistline greater than 31") and bizarre rashes that come like clockwork at 4 p.m. every day to crippling arthritic pain and inexplicable fatigue -- at age 37 -- I beg the gay community to remember a lesson taught by the early days of the AIDS crisis: Life-changing, devastating health problems can come seemingly out of the blue with no warning. We were lucky to survive the AIDS plague of the 1980s and '90s. We have no excuse to be cavalier about our health in its aftermath.

It's not difficult to use condoms. HIV is treatable today, it's true, and PrEP may well prevent contracting the virus -- but HIV is not the only health risk from unprotected sex and the increasingly cavalier, laissez-faire attitudes toward sex in the gay community are based on false confidence. PrEP has fierce defenders and to the extent it works to prevent new HIV infections, it is truly a godsend. I am not condemning PrEP. But I am desperately cautioning against the false sense of security that I have witnessed develop among gay men over the past few years with the advent of PrEP. More and more, gay men are rejecting condom use because they feel invulnerable to HIV as a result of PrEP use. HIV is an enemy, but it's not the only enemy and -- believe it or not -- Lyme disease is a similarly potent and dangerous one.

Let's say you rely 100 percent on the CDC for information -- the federal agency's word is your gospel despite its failure to properly caution the public in the years during which HIV emerged as a threat, claiming that only certain marginalized groups were at risk of contracting the disease. Bear in mind that HIV in many cases took a decade or longer to incubate and begin to degrade a person's health; before then, it was entirely unknown. This has been my experience with Lyme: five-plus years of investigations for ALS, MS, and psychiatric disorders -- "psychosomatic" causes being suggested by physicians even despite the obvious disfiguration of my skin by all sorts of rashes and scars. By simple definition, you can't know the unknown -- so consider what you don't know, what potential threats you may be exposing yourself to that may not present for a decade or longer, when you protect yourself against HIV and against nothing else.

When I was diagnosed with Lyme in 1997, the disease wasn't well understood. The disease was so new that no one had any idea it could be as devastating as it has proven over the years to be: The idea then was that you see a rash, you give an antibiotic for a couple of weeks, and you're cured. If you've seen The Real Housewives of Beverly Hills's Yolanda Foster who, even with countless millions of dollars at her disposal, has yet to find a treatment that keeps her from being bedbound; or if you've seen Avril Lavigne's harrowing account of life with Lyme, then you may have some idea of what it's like. I'll tell you what it's like. It's like living with AIDS. And yet, people are so eager to ignore it because it's so rarely discussed and because the CDC and IDSA continue to downplay the disease's increasingly devastating effects. While HIV tests are nearly 100 percent accurate, the two standard tests for Lyme -- Western blot and ELISA -- are far less sensitive and often return false negatives -- and when that happens, in most cases, doctors cannot even take preventive measures to treat the disease unless they see the characteristic bull's-eye rash, which is only seen in between 40 percent - 80 percent of patients (estimates vary based upon source, with CDC citing the higher percentage).

I had the typical bull's eye rash in 1997 and was given 10 days of doxycycline -- the standard treatment at that time -- and I was proclaimed cured. Thirteen years later, I found myself in the same sort of situation AIDS victims suddenly found themselves in in the late '70s and early '80s -- my body and mind failing me, with doctors alternately labeling me with such things as "probable multiple sclerosis" and "psychogenic disorders." While the jury is out on whether Lyme disease can be transmitted sexually, unknown emerging diseases could -- is it worth the risk? Trust me, it's not.

I am not condemning the use of PrEP as a preventive measure against HIV infection -- but use it wisely, in conjunction with physical barriers to all infections, not just one. Please.

You cannot comprehend the cliché "health is everything" until yours is compromised. I am on an antibiotic regimen that is surprisingly similar to chemotherapy -- and it affects me similarly -- in addition to taking up to 30 additional supplements in pill and tincture form that are also used as complementary therapies for full-blown AIDS. You don't want to live this way: Be wary of ticks, and be wary of any object that penetrates your body and transmits fluids, whether it comes in insect, needle, or human form.