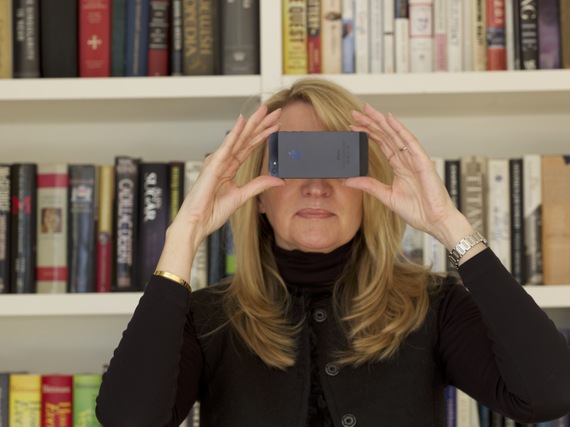 Their only source of revenue is about to disappear.

After years of scrambling to capture the mobile advertising market as their primary source of revenue, it would seem that Apple is about to cut them off at the knees. Its new version of the Safari browser apparently allows you to block ads on iPhones and iPads!

Good news for us. Bad news for Facebook (and anyone else who depended upon online advertising for their income. (Hello, NY Times?)

This might seem like bad news. (Well, OK, it is bad news). At least bad news for anyone who gets their revenue from online advertising -- which is just about everyone online, I think. But it does give us a chance to take a look at the, until now, Holy Cow of online revenue -- advertising itself.

In all honesty, does advertising even make any sense in a digital world?

I mean, think about it. What is the point of an ad?

Advertising in the U.S. really took off in the 1920s, thanks to Edward Bernays, a nephew of Sigmund Freud. Now here was a guy who put psychology to work and made it pay. Newspapers first, of course, but the advent of marrying ads to radio and then to TV was real pay dirt (just watch Mad Men if you don't believe me).

But what was the point of the ad?

As Mr. Bernays could tell you, it was to convince the reader (or listener or watcher) that they really needed the product that was being advertised. That they had to run down to the store and get it, whatever it was, from floor polish to beer.

That was great in the 20th Century, but does it make sense, really in the online world?

The Internet is a place of, if nothing else, instant gratification.

What is the point, really, of spending a ton of money to convince someone to 'run down to the local store' to buy something, when the web, miraculously, allows you to but it right there, online, right this minute. Right now. Right from your iPhone or iPad in fact.

Isn't this where the REAL money is? (Just ask Jeff Bezos or Jack Ma.)

Of course, this may, in the end prove even more annoying than the ads that keep popping up on my Facebook (and now Twitter) feeds, but married to transactions, they might provide the kind of real revenue that places like the NY Times need to survive.

In light of what is clearly coming (ad blocking), online advertising certainly will not.