There are many reasons to be concerned about both the impact of money on our political process and the Supreme Court's decision in Citizens United. But critics of Citizens United, including those calling for a constitutional amendment to overrule it, have too often made the mistake of grounding their argument on the claim that "money is not speech."

Organizations like Move to Amend, ballot measures in Boulder, Colorado and Madison Wisconsin, city council resolutions in Los Angeles and Portland, Oregon, and thousands of individuals protesting at the Supreme Court on the second anniversary of Citizens United have all embraced this slogan. Although the critics of Citizens United might well be right to condemn it and to call for a constitutional amendment to overrule it, they are misguided in their reliance on the refrain that "money is not speech." 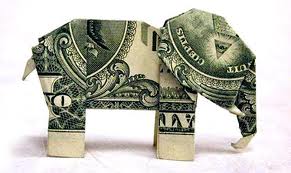 Of course, money is not "speech." Money is money, a car is a car, and a ribbon is a ribbon. These are objects, not speech. But all of these objects, and many more besides, can be used to facilitate free speech. Consider a car. The government can lawfully impose all sorts of restrictions on how, when and where we can drive a car, and no one would argue that those restrictions implicate the First Amendment.

But suppose a city enacts a law prohibiting any person to drive a car in order to get to a political demonstration. Such a law would clearly implicate the First Amendment, not because a car is speech, but because the law restricts the use of a car for speech purposes.

Similarly, a ribbon is a ribbon. A ribbon is not speech. But a law that prohibits anyone to wear a pink ribbon for expressive purposes would clearly implicate the First Amendment, because it restricts the use of a ribbon for speech purposes.

Like a car or a ribbon, money is not speech. But when government regulates the use of money for speech purposes, it implicates the First Amendment. Suppose, for example, an individual at an Occupy protest burns a dollar bill to convey her disdain for corporate America. A dollar bill is not speech, fire is not speech, but a government law prohbiting any person to burn money as a symbolic expression of opposition to corporate America would surely implicate the First Amendment.

The point is simple. Even though an object may not itself be speech, if the government regulates it because it is being used to enable free speech it necessarily raises a First Amendment issue. Thus, a law that prohibits political candidates to spend money to pay for the cost of printing leaflets, or that forbids individuals to contribute to their favorite political candidates to enable them to buy airtime to communicate their messages, directly implicates the First Amendment. Such laws raise First Amendment questions, not because money is speech, but because the purpose of the expenditure or contribution is to facilitate expression.

Indeed, not a single justice of the United States Supreme Court who has voted in any of the more than a dozen cases involving the constitutionality of campaign finance regulations, regardless of which way he or she came out in the case, has ever embraced the position that money is not speech. It is simply not a persuasive or even coherent way to frame the issue. If it were, then the government could make it a crime for any person to use money to buy a book.

More to the point, if the Constitution were amended to say that "money is not speech," then the government could constitutionally prohibit anyone to spend or contribute even a single dollar in the political process. In a world in which speech costs money, this would give a huge advantage to incumbents and effectively destroy our democracy. It simply will not do to insist that "money is not speech."

If the critics of Citizens United and the advocates of a constitutional amendment to overrule it want to be taken seriously, they must move beyond superficial slogans and focus on the real issue at stake: When should the government be allowed to regulate political contributions and expenditures -- even if they are speech?