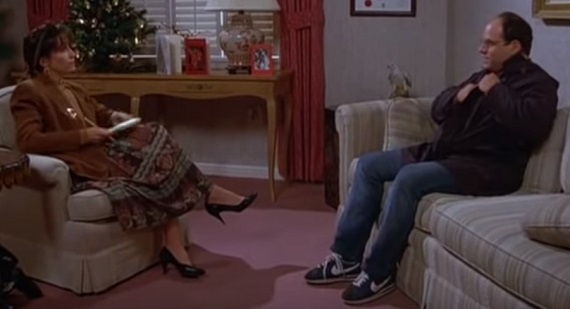 To send in a question, please complete this short Google form. All submissions are anonymous, even to the author.

It's OK to dismiss rhetoric on most subjects as a joke or as someone blowing off steam. Suicide is not one of those subjects. So when you suspect your loved one could be suicidal, what do you do?

(Questions have been modified for space and clarity.)

My boyfriend and I have been dating for about two years. He has been through a lot of loss and hardships in his life and helping him through everything has always been a no-brainer. However, on multiple occasions he has made remarks regarding whether he wants to be alive or not. He has said he doesn't understand why he is still alive and has even said before that if I were to leave him, he would "blow his head off," to which he seemed to immediately regret saying. Every other thing has been along those lines. Recently I brought up to him that he should talk to a professional about the way he's feeling sometimes and that they could probably help him with (what I assume is) his depression. He was upset that I had said that and proceeded to tell me that all those things he said were just made up and he doesn't actually feel that way; he just made a bad choice of words in the heat of the moment. Should I believe him? It is hard to move on from what he's said in the past, and it's hard to trust what he's saying now. I am scared for him at times, but unsure if I should completely believe that he didn't mean any of what he said originally. I love him unconditionally and just want to help in any way I can.

What an admirable partner you are. You care about your boyfriend, you don't judge him and you only want what's best for him. He's lucky to have you.

Considering the mixed messages your boyfriend has sent -- and the serious nature of those messages -- it's understandable why you don't know what to believe. I think there could be a couple scenarios at play here, and we'll get to those in a minute, but first I'm curious to know if suicide has been a part of your boyfriend's life. You said he's experienced a lot of loss; does that mean he's had loved ones die? If so, did any of them take their own lives?

If they did, that could be an indicator that there's more to your boyfriend's talk than just words. I'm no professional, but I believe that the more we're exposed to something, the more normal it becomes. I don't see how suicide is any different. If somebody you know commits suicide, there's a chance that you could begin viewing it as a viable option, especially in your darkest moments. So-and-so did it, so I can do it. It loses its taboo. So that's something to keep in mind.

It's possible your boyfriend is telling the truth, that he was just venting and didn't mean what he said. As you describe it, he's had a rough go, with lots of loss and hardship. That can make a person insecure, both in their life and in their relationships.

Have you ever criticized yourself in hopes of having someone else compliment you? I have. When I've been lacking confidence, for instance, I've commented aloud how bad I looked, solely so the person next to me would reply, "Are you kidding me? You look like a shorter Ryan Reynolds!" (They never do.) It's a desperate tactic that allows you to probe for validation under the cloak of self-deprecation.

Your boyfriend's outlandish statements could be a much more serious (and less ridiculous) version of this. Without knowing him at all, I'm guessing that he's been abandoned before, and he's terrified of being abandoned again. He doesn't feel worthy of your love, and his dramatic declarations are a way of testing your devotion, of trying to get you to reassure him that you care and that you're never going to leave.

That's just a theory, though. At the very least, as you've diagnosed, he's depressed. He lacks purpose, he's questioning his will to live and he's verbalizing suicidal thoughts. He needs help.

There's this stigma attached to mental illness and its treatments, but there shouldn't be. Just as I wrote about alcoholism, I believe depression is no different from any physical disorder. And I can't imagine anyone avoiding cancer treatments for fear of looking weak.

I've gone to a therapist on and off since I was 9, and I'd recommend it to anyone. We could all benefit from it. Every step of progress I've made in my life is, in part, attributable to my time in therapy. It's not some off-the-wall ritual reserved for the crazy and deranged; it's like going to the gym for your emotions. You show up and put in the work, which gives you the strength to achieve results in the real world.

If there were ever a situation in which to err on the side of caution, it's this one. Suicide, or the threat of it, is not something you mess around with. I think you were right in trying to get your boyfriend professional help, and I think it's worth it to try again. Any fallout you experience from taking his words too seriously will far, far outweigh what happens if you don't take them seriously enough.

Need more ADVICE? Check out the most recent installments:

ADVICE 11: The Conversational Trick Everyone Should Know

ADVICE 09: I Was Sexually Abused by my Brother and Father

ADVICE 08: My Husband's an Alcoholic

ADVICE 07: Lessons From the Movie "Can't Buy Me Love"

ADVICE 06: Is My Fiancee Getting Cold Feet?

To send in a question, please complete this short Google form. All submissions are anonymous, even to the author.


More:
depressionGPS For The Soulsuicideadvicesuicide prevention
Newsletter Sign Up
An essential daily guide to achieving the good life
Subscribe to our lifestyle email.
Successfully Subscribed!
Realness delivered to your inbox