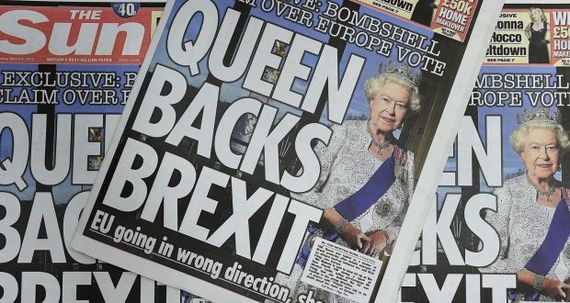 The cold wind of intolerance, authoritarianism, and nationalism is blowing across America and Europe. The unexpected rise of Trump as the presumptive Republican nominee in the United States and the recent political stirrings in Europe are oddly built of the same cloth. Intolerance of non-citizens, the belief that present governments have subordinated their countries best interests for outsiders, and the need for new leaders, whose view of their countries best interests seems to call for an upending of the joint efforts to build a collective defense system like NATO and an economic union like the EU. They are united in their belief that each individual country should do what's best for their sovereignty, rather than build co-operative relations between countries.

The recent Austrian presidential election is a telling example. Norbert Hofer of the Freedom Party of Austria may have lost the election by a small differential (which is still being challenged and there are claims of voter fraud), but his message was disturbing in the ways to that of Donald Trump. Norbet's message is in effect "Make Austria Great Again." He calls for closed borders in particular to Muslims, complains of the trade deals made with the EU just as Trump complains of the trade deals America has made and wants to stop all Muslims from entering US for an undefined time. Throughout Europe such factors as the plight of the refugees seeking shelter from war and the lack of economic opportunities are giving rise to right wing parties that are in effect a new form of authoritarian nationalism. Trump wants to build a wall to stop Mexicans from emigrating.

Today, European countries are literally seeking to build armed detention camps to contain the refugees. They are even considering paying Turkey to take back the refugees, that pass through to Greece. But now even the deal between the EU and Turkey is falling apart, due to Turkey has turning into an authoritarian state under President Erdogan. The EU is demanding that Turkey allows free speech, stops arresting journalists and taking over newspapers that are not pro Erdogan. Turkey is no longer a free society. The country has endorsed this new spreading version of authoritarian Nationalism. A German far right wing neo-Nazi party (NPD) and the nationalist alternate for Germany party (AFD) have been steadily increasing in popularity. Their platforms are more than anti-immigrant. They were opposed to the welfare reforms, upset about the rescue of Greece, and share with Trump the lack of trust of their own government officials.

The vote in Britain, pending on June 23rd, on whether it should exit the EU also has elements of this nationalistic trend seen in America with Trump, and also in main land Europe with the rise of the above mentioned nationalism . The principal in Britain, Germany, Turkey and the Austrian elections is straightforward. A large group of British citizens feels that as EU members they are being subject to rules and regulations that unfairly cost British people too much, providing very little benefit in return. Sounds familiar? It is the same type of nationalism Trump has to the economic trade deals America has made with a variety of countries. It is the same nationalistic thinking the Turkish - Eu deal will fail and it is the same Nationalistic theme causing the surprising success of the Austrian extreme right wing party.

The consequences of this spreading Nationalism cannot end well. Building walls, promoting fear instead of compassion for emigrants, rethinking membership in the European Union, and putting disproportionate emphasis on self-interest trade can only lead to a less safe and less friendly international community. For America, the clearest proof that this trend cannot end well is demonstrated by the fact that Trump sees nothing wrong with Japan or South Korea having their own nuclear arsenal. It is in his nationalistic view that it is not in America's best interest to continue the present arrangement of protecting other countries. Nationalism makes international cooperation difficult and can as history shown cause war.