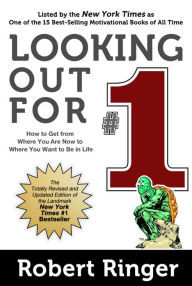 Traditionally number #1 has been short hand for urination and number #2 for defecation. But whatever regulatory authority is responsible for these designations must reconsider their logic. If you have to take a wicked shit that pressing fact is going to be number #1 on your mind while peeing, which only requires a cup or the side of a building, is likely to have less dire consequences. Put less genteelly, would you rather shit or piss your pants? However esoteric, this matter is a very real consideration for baby boomers who are fast becoming a major market for adult diapers like Depends. When you think about the clock, we talk about Greenwich Mean Time (GMT) and currency, Bretton Woods. The North Koreans for instance recently set their clock back 30 minutes to create their own special zone ("North Korea to turn clocks back by30 minutes to establish own time zone," The Guardian 8/7/15). It may be important to set a standard, but it's imperative that the standard makes sense. Prominent urologists are likely to give some degree of latitude to their proctological rather than pathological colleagues by admitting that feces accidents are far more serious than those caused by urine. A blotch on the pants, even a large one, can be attributed to a spilled drink, but a certain kind of odor can only be attributed to one thing. Changing shit from #2 to number #1 will prevent hazardous conditions and also provide a needed reminder, in our increasingly permissive age, that no one should take it upon themselves to poop in public. There's a reason why sub feces aeternitatis has become such a hallowed expression.