Let's put our biases aside, and review if President Obama's words and actions represent what is a moral and astute policy, and also if it is good for the United States of America. Let us examine his choice of words at the "Summit on Countering Violent Extremism" and his reminder at the National Prayer Breakfast to be humble and cognizant of our own historical record. 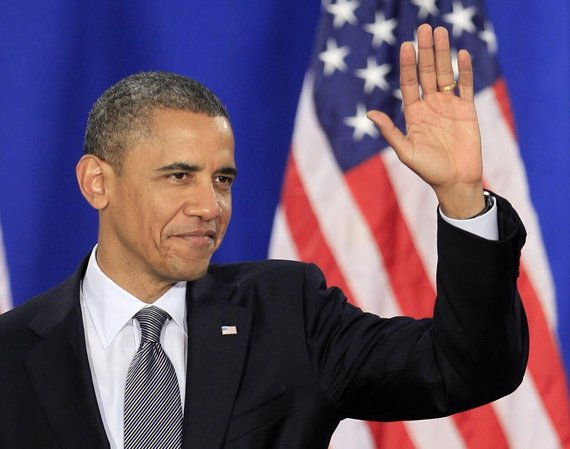 There is a tremendous wisdom in that statement. Way back in 1961, there was serious conflict between Hindus and Muslims in Jabalpur, India where 55 people died in the clashes, and we were all nervous about it. My father got our family together and explained that the fight started between a "Kumar" and an "Abdul" over a business transaction, as the crowd gathered over the heated arguments, as it often happens in India, the people paid no attention to the facts and sided with coreligionists (Hindus and Muslims) by default, and it acquired a religious tone as it usually does. Soon soda bottles started flying at each other killing 55 innocent bystanders. He asked us, if the radio, police and others had not called it religious, what would it have been? We said in a chorus, fight between Kumar and Abdul. That was all there to it.

My father did not want us to believe and blame the Hindus (usually meaning al Hindus) and I am sure several Hindu parents would have done the same with their kids. This is how you mitigate conflicts and nurture goodwill, and lay the foundation for cohesive societies - Blame the individual and not his spouse, parents, siblings, clergy, mayor of his town or the whole nation or religion.

If a rapist is running around in your neighborhood, everyone gets tensed up, and takes extraordinary precautions to secure the house, and become extra careful entering or leaving the house or walking in the neighborhood. When that criminal is caught there is a huge sigh of relief, and a sense of safety is restored in the society and normal life returns to the neighborhood.

Similarly in case of terrorism, if you choose to blame the religion instead of the terrorists, you cannot do anything to it; religion is intangible. You cannot shoot, hang, kick, beat, slaughter, drag or bury the religion, nor can you restore trust in the society by blaming it, then why bark at it?

Mirza A. Beg, my fellow director at World Muslim Congress says, "ISIS has killed more Muslims than minorities in its short existence. We are already bombing ISIS. If we can do more we will. The Muslim nations in the region -- Turkey, Jordan, Saudi Arabia and Iraqi Shia, Kurds and even Sunnis have already joined us. By vicariously blaming the religion we will simply do the bidding of ISIS and help them in their propaganda battle to paint the west as enemy of Islam."

Mr. Beg further adds, "ISIS terrorist are milking the propaganda of the FOX news for their own designs. It plays well internationally to remind the gullible Muslims that US is at war with Islam. What needs to be done is to drive the point home to ISIS as well as average Muslims that ISIS is criminal gang with Muslim Blood on their hands, and we are helping Muslim countries to bring ISIS to justice."

At the National prayer breakfast, on February 5, he said, "And lest we get on our high horse and think this is unique to some other place, remember that during the Crusades and the Inquisition, people committed terrible deeds in the name of Christ. In our home country, slavery and Jim Crow all too often was justified in the name of Christ. "

None amongst us is without sin; a few among us tend to misuse the power of religion on the minds of the followers. The problem was not with the religion, it was with the ones who did not get their religion right.

Remember nuclear power? It is beneficent in the hands of good engineers and terror in the hands of the wrong people. Do we blame the abusers or the nuclear power? How can we forget Holocaust and the genocides in the last 70 years? Where the abusers of religions were hell bent on annihilating the other? We rightfully did not blame the religion in those instances, and we should not blame Islam for the acts of ISIS. That is the right thing to do.

It's easy to go nuts and destroy everything in sight, it may give the momentous sickening pleasure, but to hold on to your temptations and do the right thing will bring and enduring value of safety and peace to all.

The right thing to do is to hold the criminals accountable and punish them accordingly. We haul your heinie for the crimes you do, and not mess with any one affiliated or related to you. That is the precise message of Obama and I hope the world sees it, that it restores sanity in the world.

Mike Ghouse is a public speaker, thinker, writer and a commentator on Pluralism, Islam, India, Israel-Palestine, Politics and other issues of the day. He is a human rights activist, and his book standing up for others will be out soon | He is producing a full feature film " Sacred" to be released on 9/11 and a documentary "Americans together" for a July 4 release.