Led by brave survivors and activists, the campus sexual assault prevention movement has become unstoppable. The student voice is powerful. Through demonstrations and advocacy campaigns, they are changing school and federal policies to create supportive environments for survivors.

More importantly, their work is proactive. There is an increased risk for sexual assault on college campuses and an undeniable need for prevention measures: One in five college women experience sexual assault, according to the Association of American Universities survey. Student advocates facilitate meaningful dialogues about students' roles in intervening if a peer is engaging in coercive sexual behavior or using victim-blaming language. By educating their campus community, these students prevent some sexual assaults from happening in the first place. 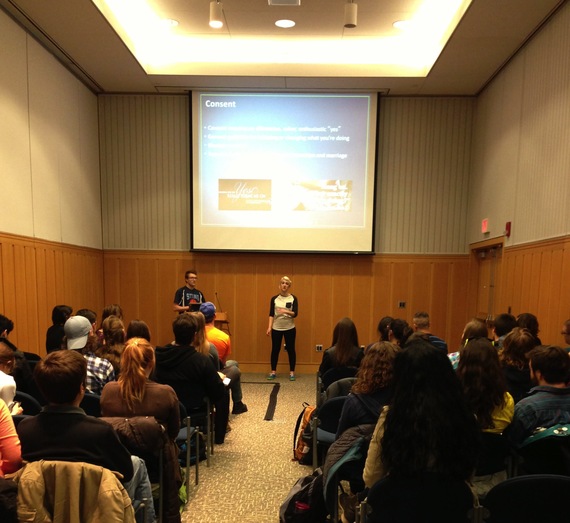 I joined this movement as a freshman at the University of Michigan. With the Sexual Assault Prevention and Awareness Center (SAPAC), fellow student volunteers and I organized workshops to discuss sexual assault with the sometimes toxic and hyper masculine fraternity community. Sometimes, these conversations were tension-filled and uncomfortable, but with mutual respect, we talked openly about consensual sex and how to provide and find support when needed.

In college, we begin to understand the concepts of privilege and oppression and connect them with our personal experiences. In my Introduction to Women's Studies class, I was relieved to discover that my experience of being groped at a museum as a teenager was not something to be ashamed of but rather a reality of our society. I wandered off from the group to look at another exhibit, but it was not my fault. This realization allowed me to identify my experience as assault, advocate for myself and re-shape the environment I was being educated in. Many of my peers had similar experiences and engaged in activism on campus through various clubs.

However, this agency we had on our campus was a unique privilege. Many people do not have the opportunity to attend college and are less equipped to advocate for themselves. We pay thousands of dollars for the environment a college campus provides. With this comes bargaining power and an administration that must listen to us if we organize collectively. After graduating, I was full of energy and excitement after years of impacting my college community. I was disappointed to find the rest of the world moving at a much slower pace.

Today, campus sexual assault is dominating headlines and numerous survivors are reclaiming their narratives. The direct result of these public voices is that sexual assault victims from all backgrounds are beginning to experience support and access the services they need to heal.

But we still need to critically examine our intense focus on campus sexual assault and its unintended effects on survivors outside of this sphere. Although there is still progress to be made in universities across the country, college is not the only place sexual assault occurs. The cloud of shame and victim blame surrounding sexual assault is beginning to dissipate in many communities, but without targeted efforts put toward sexual assault prevention in communities and high schools, sexual assault will remain a "college problem."

Unintentionally, our focus on campus sexual assault may be reinforcing the myth that teens are not sexually active in high school and they do not need to learn healthy sexual behaviors until college. This is illogical. According to Youth Risk Behavior Survey data compiled by the Center for Disease Control (CDC) from high schools across the country, 46.8 percent of students in grades 9-12 have had sex and 34 percent are sexually active. 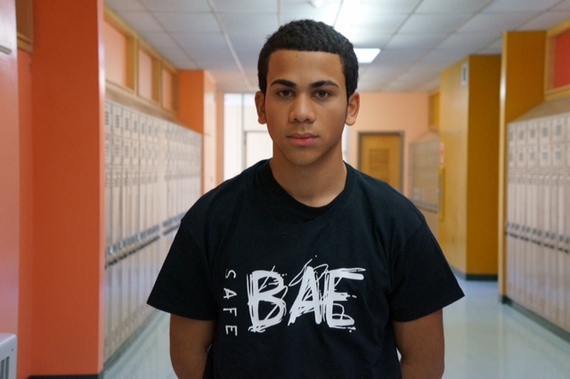 Inspired by student activism in college, a high school activist network is growing through the SafeBAE initiative. SafeBAE aims to address the unique issues related to sexual assault in secondary schools by providing students with tailored resources to educate their peers and raise awareness. Post-assault bullying online and offline is especially harmful to teen survivors' mental health.

In December of 2015, Arlington Public Schools partnered with PAVE on the SafeBAE National Summit to address the issue of sexual assault in high schools head-on. At this summit, Sen. Tim Kaine (D-Va.) commented on the Teach Safe Relationships Act he introduced with Sen. Claire McCaskill (D-Mo.).

"The idea is that when kids are in middle and high school, health education classes should not just be about reproductive biology but should also include information on what to do if you're feeling pressured or even fear violence in an intimate relationship," Kaine said. "Equipping students with this knowledge is an important step toward preventing sexual assault."

Some states, including Virginia and California have passed legislation requiring healthy relationship and consent education in high schools. Even with these new laws in place, students have noticed that progress has been slow. Addressing sexual assault is uncharted territory for many high schools and Charlotte Kropf, a senior at Washington-Lee High School in Virginia, says administrators often struggle with being candid about the issue.

"Other taboo topics like drug and alcohol abuse have no problem being discussed," Kropf said, "and the issue of sexual assault is just as, if not more, relevant to high school students."

Another area school administrators are struggling with is remaining in compliance with Title IX, a statute prohibiting sex discrimination in education. Catalyzed by the student activism of Andrea Pino and Annie Clark filing Title IX complaints with the Office for Civil Rights, school policies at the college level are becoming more survivor-friendly. Although an exceptional tool for college activists, Title IX's role in secondary education is still unclear.

Specifically, Title IX guarantees students can speak privately to someone in school about any concerns regarding sexual abuse, violence or harassment and that any report remains confidential. However, if a student is under 18, as most high school students are, state mandated reporting laws for minors apply. These laws vary widely by state and in some cases, confidential resources for minors do not exist. While mandated reporting is usually in the best interest of the survivor, schools need assistance in effectively communicating mandated reporting laws so students can make educated decisions about their health and safety.

Campus is where the sexual assault prevention movement started, but not where it should stay. While college activists still have work to do in creating safer communities, a more holistic approach is needed to address the unique concerns of younger survivors and positively influence the sexual attitudes and behaviors they develop in middle and high school. With the SafeBAE Video Series featuring high school survivors, college students can facilitate discussions at their alma mater high schools on the topics of bystander intervention, consent and how to support a survivor. By inspiring and educating the next generation of activists, assaults will be prevented in high school and later on in college. 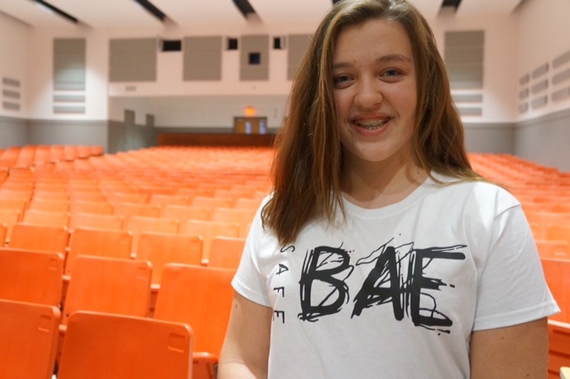 Teen survivors deserve to be supported and offered access to the care they need. They deserve to be told it was not their fault. Policy guidelines for high schools need to be clarified and communicated effectively to school administrators and both minors and those students over 18 should be made aware of their options for reporting or seeking confidential advice.

Sexual violence is an issue that every community member must feel responsible for -- not just those who enjoy the privilege of higher education. With Title IX as a mechanism to achieve our goals, high school is the next best place to start protecting young survivors.