The inflationary model (described in my previous post, "What Did Go 'Bang' in the Big Bang?") suggested an elegant solution to the puzzle of why our universe is expanding. The model relies on the fact that a region of space filled with a peculiar state called "false vacuum" experiences rapid expansion due to a repulsive gravitational force. But what happened before that? How did the universe get to that state?

Naïvely, one would expect that a universe which began from a singularity -- a state of infinite matter density and infinite curvature -- would collapse rather than expand, since the gravitational attraction of the matter would overwhelm the repulsive force. Before the 1980s, the prevailing views were that the universe was already expanding (albeit in a more leisurely manner) even before inflation, thus diluting matter to the point where the false vacuum started to dominate. However, this was not a satisfactory picture, since it required an unexplained expansion that existed before inflation.

We can understand the problem with a simple model of a closed, spherical universe, which is filled with vacuum energy (that generates repulsive gravity) and matter (that creates attractive gravity). Let's examine this universe when it is momentarily at rest -- neither expanding nor contracting. Cosmic evolution from there on will depend crucially on the size of the universe at that instant. According to Einstein's General Relativity, if the cosmic radius is very small, attractive gravity will win and this universe will collapse to a point. If the radius is very large, repulsive gravity will have the upper hand, and inflation will ensue.

In classical physics, the universe could not pass from a collapsing state to an inflating one without the infusion of some energy into it (which the assumption of a pre-inflation expansion attempted to do). However, in 1982 my colleague Alex Vilenkin, a physicist at Tufts University, suddenly had a brilliant realization. In quantum mechanics -- the theory of the subatomic world -- even processes that are forbidden by classical physics have a certain probability of occurring. This phenomenon is known as quantum tunneling, and it is being routinely observed in radioactive decays and in solid-state physics. Because of its probabilistic nature, quantum mechanics reveals that even a universe that would have been destined to collapse in classical General Relativity could actually tunnel (albeit with a small probability) to the other side, and emerge as an inflating universe.

That is, our universe could have started out as a speck doomed to collapse to a singularity, but instead it tunneled through the energy barrier to a larger radius, initiating inflation (Figure 1). But this was not all. Vilenkin demonstrated mathematically that the probability for tunneling did not vanish even when he took the initial size of the universe to be zero. In other words, the universe could tunnel to some radius that allowed it to inflate from literally nothing!

There is something I need to explain here. "Nothing" is not the same as the vacuum. The physical vacuum, or empty space, is very rich. It has energy, and virtual particles and antiparticles continually appear and disappear in it. Einstein taught us that it can also warp and stretch. By "nothing" I mean that neither space nor time exist. Put differently, if we were to go back in time from the present, Vilenkin's scenario demonstrated that we would reach a beginning -- a point beyond which spacetime did not exist.

Two questions immediately arise: (1) What about conservation of energy? (2) Why did the universe appear at all? As it turns out, conservation of energy is not a problem. While all the mass in our universe has positive energy, the gravitational attraction has a negative energy associated with it, which precisely balances the positive one. The total energy of our universe is precisely zero, so that there is no problem with the universe materializing out of nothing. Why did the universe appear? Because the laws of physics allowed it to. In quantum mechanics, any process has a certain probability of occurring, and no cause is needed. You will notice, however, that we do have to assume that the laws of physics continue to apply even when there is nothing. I shall return to this assumption in a future post.

I do not want to leave you with the impression that Vilenkin's scenario of spacetime tunneling from nothingness into existence is an established fact. At this point it is no more than an attractive speculation that is consistent with the laws of physics. But it addresses what is arguably the biggest question of them all: How did it all begin? 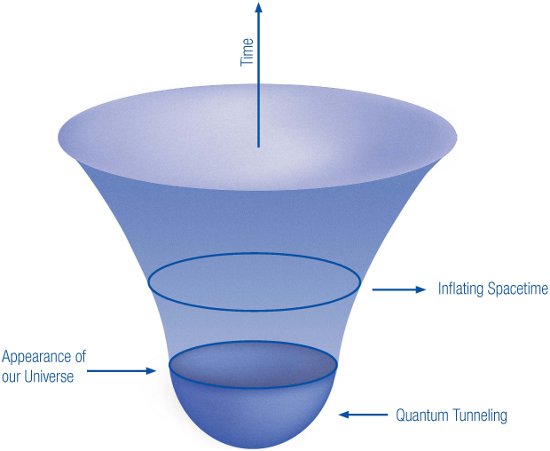 Figure 1. A schematic of the quantum tunneling from literally nothing, that may have given birth to our spacetime. Credit: Pam Jeffries.