Over the last 10 years, countless periodicals, blogs and websites have claimed that Panama is an ideal retirement destination for a variety of reasons. The cost of living is low. Quality health care and government sponsored retiree benefits can save expats money and provide solid investment opportunities to either start up an entrepreneurial business or purchase real estate.

There is no doubt that Panama has serious pluses for potential retires who desire to relocate abroad to a country with a cheaper standard of living than the United States and Europe. The country of Panama is blessed with beautiful islands, ample coastline beaches, mountain retreats, and colonial towns. The people are friendly and outside of Panama City, the atmosphere is generally quite laid back and easy going. With a population of only three million, the country does not feel overly crowded. 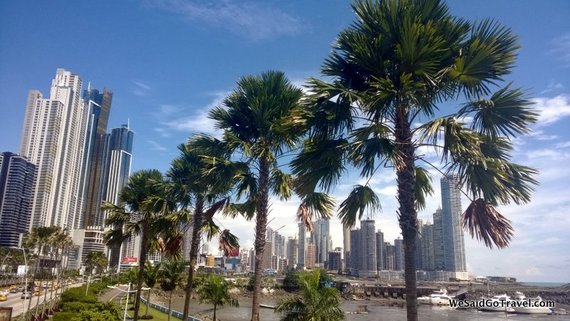 We Said Go Travel (WSGT) delved into the county of Panama and investigated various locales that have been written about and praised in the media to determine if we agree that abundant fantastic retirement options exist in Panama for those considering the possibility of living abroad. In part one of this five section series, we will inspect the first stop that travelers will likely make when arriving to Panama, the metropolis of the country, Panama City.

With an eclectic mixture of modern high-rise buildings and Casco Antiguo's refurbished old town, Panama City has aspects that are appealing. Accruing substantial daily revenue from the fascinating Panama Canal, the government has pumped major dollars into the city infrastructure, constructing a respectable skyline and a rejuvenated old town. The best healthcare in the country can be had here and there is no shortage of nightclubs for those who desire an active nightlife. A variety of budget to quality international restaurants are available.

Despite these positives, Panama City has some serious drawbacks. First of all, crime can be a serious issue in many of the barrios that are meshed within the city. The so-called red zones are notorious for robbing tourists; even in the daytime, one should exercise precaution. Another drawback is the heinous traffic that is especially noticeable from 5:00 - 8:00 p.m..

During these hours, the streets of vast portions of Panama City become filled with idle vehicles pumping pollutants into the air. Even though the city is near the water and pretty views can be had from locations such as the Causeway de Amadores, there are no beaches per se located within the city that would be recommended for swimming. Outlying beaches such as Punta Chame are within striking distance but at least an hour outside of the city depending upon traffic conditions.

All in all, WSGT deems Panama City a nice place to spend a few days enjoying the city skyline, the old colonial Casco Antiguo and, of course, the amazing Panama Canal. However, after a few days, we were ready to move on to more secure and less congested locales laden across the country. As for Panama City, we enjoyed what the city has to offer, but would not recommended it as a potential retirement destination in itself.

Look for Part 2-5 for more on Panama from George Rajna.