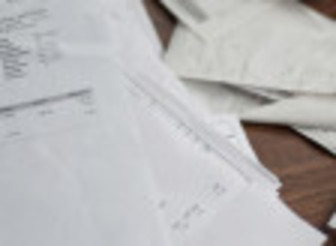 President-elect Trump only won the Electoral College vote with Russia's help. He won't admit it, of course, which is why he denies the evidence piling up of Russia's hacking into both DNC and RNC files, as well as Hillary Clinton's emails.

His real worry is what the Russians may have learned from the RNC hacks more than what they did to Hillary and the DNC, since they will be able to use that knowledge to influence Republican policies during the next 4 years. There's little evidence that Donald Trump can be blackmailed directly, since so much of his life is public knowledge.

Although, what if Putin now has the Donald's tax returns? It would destroy the fabrications that have built his image of success if revealed. Is he really a billionaire, and how much has he had to depend heavily on Russian Oligarchs to fund his real estate projects, which is money stolen from Russians and is therefore being laundered by Trump Enterprises? American banks had stopped lending because of his many defaults and bankruptcies.

Donald Trump has to be denying reality for good reason, in other words. It's on a whole new scale when he appoints lobbyists such Retired Army Lt. Gen. Michael Flynn, his national security advisor, who has been paid to support Putin's policies to attack western democracies, while Putin's own net worth is conjectured to be somewhere in the $200 billion range.

And he has just refused to disclose his plan to fix the many conflicts of interest until after he becomes President in January. So could it be that Russia has hacked his own records, including his tax returns? The recently disclosed hacking of IRS tax records has been attributed to both Russian and Chinese hackers.

It's the second time it happened in 2 years. Their purpose was to refile those returns to show a loss in order to obtain fraudulent refunds. As Fortune Magazine reported, "This year's attack follows a massive data breach at the IRS in 2015, when hackers stole information from 330,000 taxpayers to successfully file bogus tax refunds and obtain $50 million in federal funds."

If so, the Donald's tax returns could be so incriminating that the Russians can bend him even further their way with the threat to disclose his business links. The Daily Beast has catalogued the potential for various blackmails, should his and other Republican business links in all their gory detail be revealed.

"Former and current U.S. national security officials and experts say that if it is true that the Russian government possesses documents belonging to the Republican National Committee, Donald Trump's incoming administration may be the most compromised in U.S. history," said the Daily Beast.
"A senior U.S. administration official confirmed to The Daily Beast that the CIA believes the Russians hacked the RNC. He spoke anonymously because he was not authorized to discuss the matter publicly."

"Two senior officials with direct access to the information say new intelligence shows that Putin personally directed how hacked material from Democrats was leaked and otherwise used. The intelligence came from diplomatic sources and spies working for U.S. allies, the officials said."

Why would the Russians hold back the RNC material, if not to blackmail the Trump administration? It could be used to coerce any number of RNC and Republican officials that might have incriminating evidence stored in those files. Either way, we have to assume that the Russians now have a strangle-hold on U.S. foreign policy. Not a pretty picture, unless we take action to counter it.